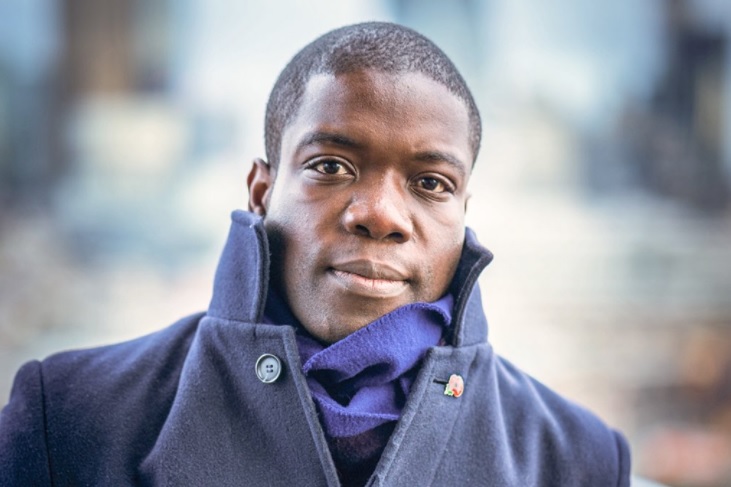 CommonSpace’s Alasdair Clark speaks to former UBS trader Kweku Adoboli, who was jailed in 2012 for fraud, ahead of a legal decision on his future tomorrow

“ROGUE TRADER” turned whistleblower Kweku Adoboli was responsible for the “biggest financial loss” in British history. He is expected to find out his fate on Thursday after appealing his deportation to Ghana, having lived in the UK for 25 years. But while Adoboli may not appear a likely candidate for public support, the full story of his downfall is filled with intrigue and, importantly, exposé.

Adoboli was sentenced to seven years imprisonment in 2012 after being found guilty of fraud which led to Swiss bank UBS losing $2.2bn (£1.3bn). Police described the case as the biggest fraud in UK history, and UBS was fined £30m after Adoboli’s conviction.

“There were two traders in my team, between us we only had 30 months experience, and in 2010 management told us to take more risk to help to rebuild the bank after the crash.” Kweku Adoboli

At his trial, the jury was told he lost the money after a series of “reckless gambles” which came close to destroying Switzerland’s largest bank.

However, speaking with Commonspace ahead of his deportation appeal, 37-year-old Adoboli – who now lives in Livingston – insists he acted as part of a culture which encouraged risk in a pursuit of profit.

“I was placed on a trading team responsible for a $50bn dollar market, the equivalent of the GDP of a small country,” he says.

“There were two traders in my team, between us we only had 30 months experience, and in 2010 management told us to take more risk to help to rebuild the bank after the crash.

“We were naïve to the craziness of what we were being asked to achieve.”

Despite being urged by lawyers to plead guilty to avoid the scandal being revealed in a public trial, he chose instead to expose the system.

After pressure to make more profit for the bank, Adoboli describes a series of errors which led to the loss over $3bn. After clawing back $800m, he decided to take responsibility for the error and says the bank “threw him to wolves”.

Despite being urged by lawyers to plead guilty to avoid the scandal being revealed in a public trial, he chose instead to expose the system.

“The irony is that had I pleaded guilty, I would likely have received a lesser sentence and not be facing deportation today,” he says. Since his release from prison on licence after serving four years, he has delivered a lecture series to university students across the UK which he hopes will equip them with the tools to be part of the solution.

In an online petition urging Home Secretary Amber Rudd to halt the deportation, supporters argue that this work to reform the industry and correct organisational failures make him an asset.

Scott Rogers, a former banking employee who started the petition with 38 Degrees, praises Adoboli for his sincere contrition and says it was his desire to make amends for what happened which made him want to support the case and build a campaign.

“There’s so much pressure and conflict in the system that when ordinary people start working within it they don’t realise they are working in a way which hurts society.” Kweku Adoboli

Adoboli highlights that he is one of a few with the knowledge of the industry who is willing to expose it, something he does through his Financial Times blog. He believes part of his rehabilitation journey is forcing banking institutions to change their behaviour to re-balance the social contract and work to benefit society.

He understands why people who have suffered because of bad banking practices would be cautious about supporting him, but counters that it isn’t the fault of bad apples, it is the fault of bad systems.

“There’s so much pressure and conflict in the system that when ordinary people start working within it they don’t realise they are working in a way which hurts society,” he explains.

“Only now that I have taken responsibility and seen outside the system can I understand that harm.”

Livingston MP Hannah Bardell is supporting Adoboli in his appeal against deportation and has made representations to the home secretary on his behalf.

“Kweku is an asset to our country, and it is vital we learn from his work since his release from prison.” Hannah Bardell MP

She told CommonSpace: “I have made several representations to the Home Office on behalf of Kweku and will continue to do so.

“Kweku is an asset to our country, and it is vital we learn from his work since his release from prison.”

A Home Office spokesperson said that the department would not comment on the specifics of this case, but said: “Foreign nationals who abuse our hospitality by committing crimes should be in no doubt of our determination to deport them and we have removed more than 38,000 foreign offenders since 2010.”

As well as the petition, which has been emailed to 250,000 people, 38 Degrees is also exploring the possibility of a ‘speak out’ campaign, where members will be encouraged to write to their own MP asking them to contact the Home Office.

A decision on Adoboli’s future is expected on Thursday. If successful, he says he looks forward to dedicating his time to finding solutions for the industry instead of dealing with the Home Office.