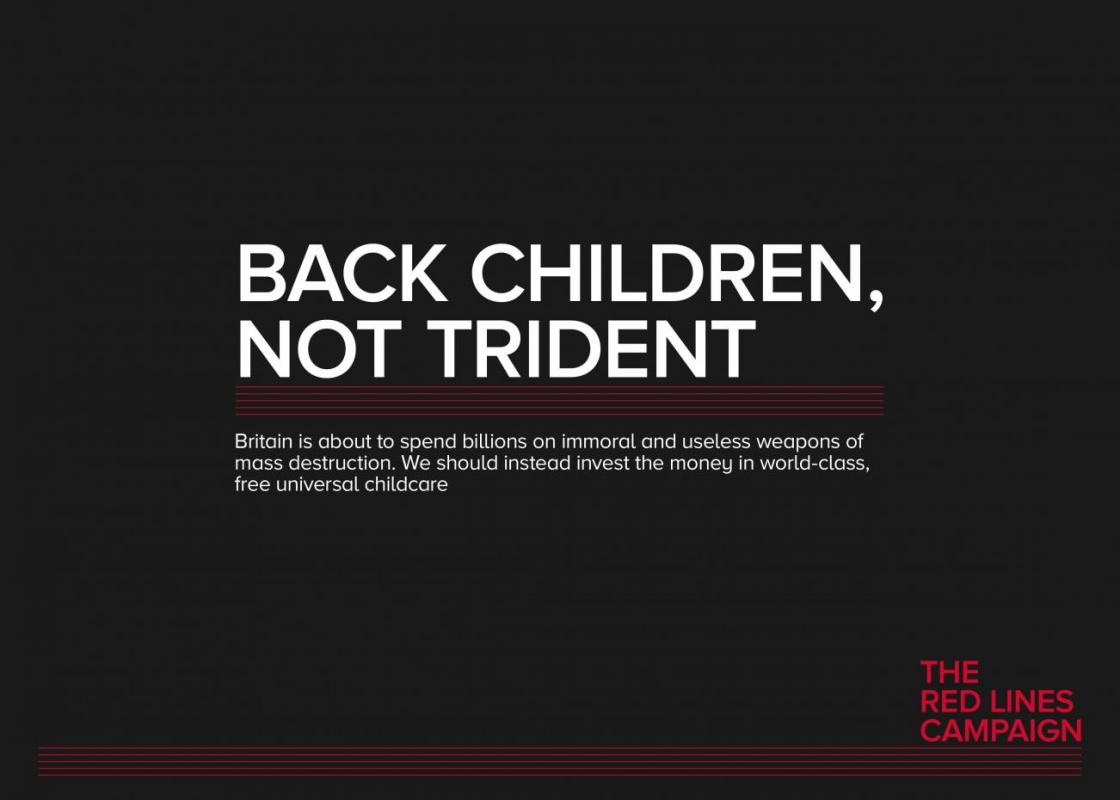 It has been proposed by every major Westminster party that Trident nuclear weapons are to be renewed at a cost of PS100bn to the taxpayer.

There are a multitude of reasons why we advocate that these weapons of mass destruction are not renewed. Trident was designed for the state centric, bipolar geopolitical landscape that simply no longer exists. In today’s multipolar landscape, it is a redundant relic. Then there is the moral argument against Trident’s renewal.

At a time when the poorest and most vulnerable are suffering at the hands of austerity measures, a time when one million people are reliant on food banks, a time when one in every four children grow up in poverty, it is morally unjustifiable to spend PS100bn on weapons of mass destruction.

Common Weal will lobby that the PS100bn proposed expenditure on Trident’s renewal is directly hypothecated to a free, universal, world-class national childcare programme. We believe that our children should not inherit the debt of weapons of mass destruction, but instead inherit a prosperous future of peace, educational attainment and opportunity.

The UK currently has the widest gap between men and women’s earnings in Europe, and has the most expensive childcare in Europe.

This is by no means a coincidence.

Overpriced childcare excludes women from the labour market. If we allow for a programme of universal, free childcare, we can increase women’s quality of life and allow more participation in social and economic activities. This produces a variety of social and economic benefits. The most important benefit may be that evidence suggests improving early years provision for children is one of the best ways to create better lives for those children and a better society.

Even on the UK Government’s own criteria of increasing involvement in the job market, women’s participation in the economy will create economic benefits that transcend the initial cost of this policy.

World-class childcare too will enhance prospects and educational attainment for the next generation, thus tackling the adverse consequences of inequalities that rid too many of our children of opportunities in the early years.

Universal childcare is thus not just an investment for women and children, but for our entire economy.

We have an opportunity here to advocate peace on the international arena, to provide the next generation with opportunity, to transform women’s role in society, and significantly enhance our economy.