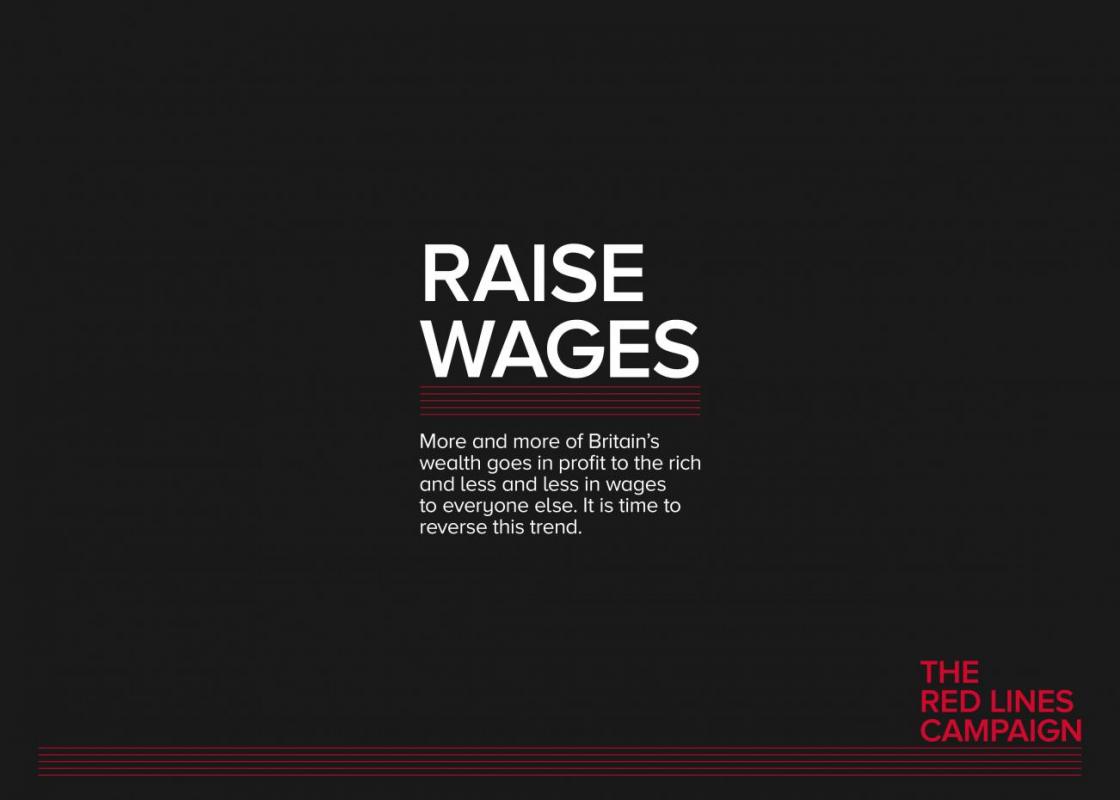 It is essential that our chronically unbalanced economy is made fairer.

Our current industrial relations rank 26th out of 27th in the EU, and we uphold the worst employment rights in Europe. Our endemic low pay and job insecurity derives in part from low levels of unionisation, and our failure to involve employees has caused lower productivity and poorer industrial relations. If the UK is to build a productive economy that delivers high-pay jobs, it requires an innovative model for industrial relations.

Unless we implement effective industrial strategy, we will continue to live in a lowskill, low-wage economy.

By giving employees their dignity back, both workers and the economy benefit.

The first way in which we can do this is to end acutely low pay. In order for this to happen, in-work poverty must be tackled. This should begin by ensuring that work pays a wage that is sufficient to sustain life – a Living Wage. Failure of employers to pay a Living Wage costs the welfare system at least PS250 million in tax credits and other social security provisions. A Living Wage will reduce the critical problem of systemic low pay at the bottom end of our labour market.

Whilst the implementation of a living wage will assist those living on the breadline, tackling the ongoing problem of acute low pay throughout the labour market requires the application of a coordinated strategy.

With a 60% decline in the number of tribunal cases being heard, the coalition’s steep rise in employment tribunal fees is an example of legislation that constitutes a clear barrier to justice. Similarly, the rapid increase in zero hour contracts that employ workers without stating how many hours’ employees will work for is another example of how the UK’s lack of employment law can lead to worker exploitation.

Without the protection of strong employment law, we are likely to witness companies exploiting weak legislation for short-term gain. It is thus fundamental
that workers are given the right to trade union recognition, regardless of percentage of trade union density in their workplace, ensuring that employers will
negotiate with recognised trade unions to reach collective bargaining agreements over matters such as pay, conditions and pensions.

Robust trade unions are the foundation on which good industrial relations and industrial democracy can be built upon.

A legislative and cultural shift must take place in UK politics to recognise the positive structural impact that fair wages, resilient employment laws and strong trade unions can have on our economy and society alike.

The 2015-20 UK Government has an opportunity to create a new relationship between work and wages. This relationship can help to promote a return to economic wellbeing for many of our communities, while also reducing workplace stress and exploitation.

This Red Line would create a new way of working for people in the UK, and therefore a better future for all.