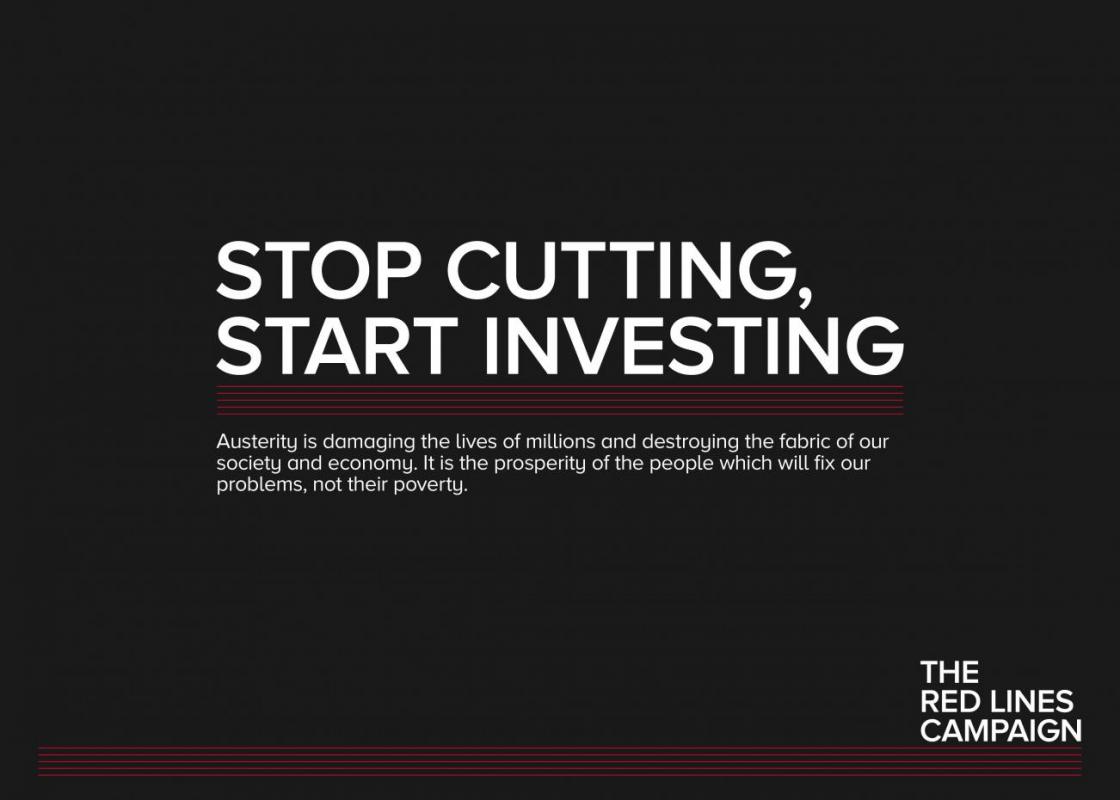 Austerity is destroying the fabric of our society and economy. It is the prosperity of people which will fix our problems, not their poverty

THE idea that we can reinvigorate our economy by punishing the vulnerable for the irresponsible actions of elites is nonsensical.

Austerity is often portrayed as a short term means to balance the budget or a necessary evil, but rolling back our welfare state without questioning the volatile structure of our economy only exposes us to further instability amidst ever-widening inequality.

Austerity is unquestionably failing our economy and our people.

However, alternatives are viable. With declining tax revenues, and the threat of an increasing deficit and deflation, a revised form of economic stimulus with the overarching aim of boosting employment will stimulate our economy whilst encouraging social and environmental sustainability.

Green infrastructure Quantitative Easing (QE) advises that the Bank of England prints billions of pounds each year. Investment bonds would then be allotted to an enlarged Green Investment Bank (GIB), before being bought by this programme and used to finance a nationwide, costed infrastructural investment designed to make buildings more energy efficient, thus alleviating fuel poverty and improving regional public transport.

PS50bn per year over the next 10 years would be required to finance this programme. Although this may seem overly ambitious, the Bank of England printed an annual average of PS125bn of QE between 2009 and 2012, which was largely invested in banks, stock markets and commodities. The idea behind green infrastructural investment QE is that it feeds back into community level socio-economic advancement throughout the UK.

Mark Carney, the Governor of the Bank of England, is on record saying that if the government requested it, the next round of QE could be used to buy assets other than government debt.

The beauty of this programme is that it will not increase the UK’s debt levels as it involves the central bank putting new money into circulation by creating e-money and using it to buy assets.

As conventional wisdom stands, the UK economy needs no further QE. However, this programme differentiates from QE in that it is designed to instigate significant improvements to infrastructure, thus creating inter-generational social and economic wellbeing. In creating business and employment opportunities, these infrastructural advancements could provide the financial means to ease the adverse consequences of possible future slumps in the international financial markets.

Furthermore, by opting for a revitalised, more sustainable economic strategy, local economies throughout the UK will benefit from greater employment, particularly for small to medium size businesses. Central to the benefits of green infrastructure QE is the upsurge in tax takes it would bring as a result of increased employment opportunities, consequently providing the potential conviction to release additional private funding, from pensions to individual savers.

Green infrastructure QE provides an alternative strategy to the current ineffective austerity measures planned by the UK’s largest political parties. These inhumane cut backs are failing both our economy and the people.

Instead of leaving future generations mounting debt, a volatile economic structure and an increasingly privatised welfare state, we have an opportunity to and offer a socially and environmentally sustainable future for generations to come.

For more information on green investment QE, click on the links below: