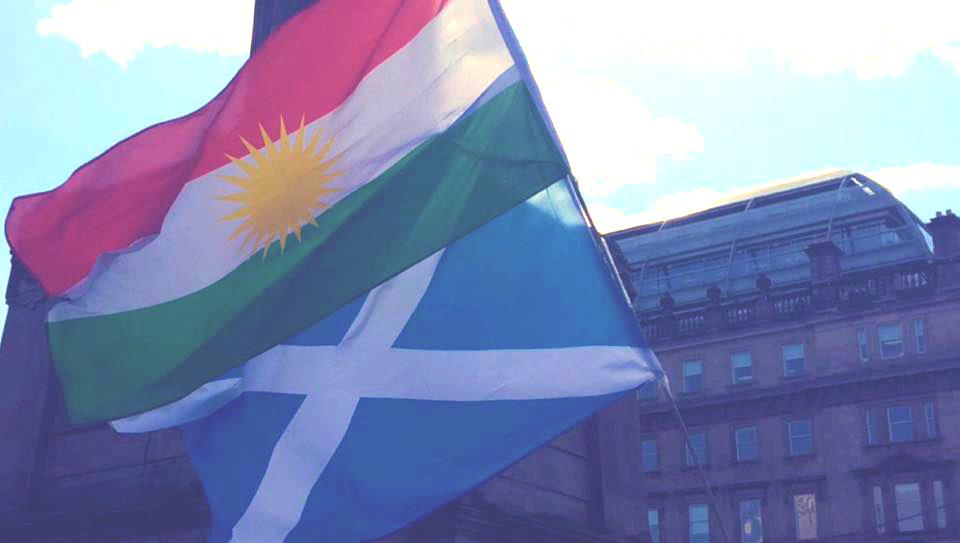 SCOTTISH POLITICIANS, trade unionists and campaigners have written to Prime Minister David Cameron calling for diplomatic action to support the plight of the Kurdish people in Syria and Turkey.

The call to oppose Turkish bombings of Kurdish forces, who are on the front line against Daesh (Islamic State) extremists, comes as the images of Kurdish children fleeing the Syrian conflict have gained international attention.

The Scottish Solidarity with Kurdistan (SSK) group wants the UK Government to oppose Turkish bombings of Kurdish groups, while supporting peace talks and a “humanitarian corridor” around the city of Kobane.

“The fight against [Daesh] is one of the most important issues in the Middle East today. On the ground the Kurdish people have not only suffered along with the other people of the region but have also been the most successful forces resisting and defeating [Daesh] forces,” the SSK said.

Ongoing war and violence in Iraq, Syria and Libya has been a major cause of a refugee crisis across Europe and the Middle East.

Media images of three-year-old Aylan Kurdi, found dead on a Turkish beach, has led to an outcry over the lack of support for refugees in Europe.

Aylan was among 12 refugees who died trying to reach the Greek island of Kos. His five-year-old brother Galip also died.

The Kurdis were fleeing Kobane in Syria , which has seen some of the fiercest fighting between Daesh and Kurdish forces.

The city was under siege from Daesh, known for its indiscriminate massacres, and thousands of Kurdish civilians fled. Although some residents have returned since Daesh were defeated, in June car bomb attacks killed 220 civilians.

Kurds in Syria faces multiple challenges to find safe passage to escape the violence. Many Kurds are denied Syrian citizenship, which means travel visas can be denied.

David Cameron has conceded that a political solution in the Middle East is crucial to reducing the source of refugees and displacement, although the UK continues to support bombing campaigns in Iraq and Syria.

The Kurds are the world’s largest stateless community – with over 25 million people spread across Turkish, Iraqi, Iranian and Syrian state lines.

The lack of national recognition has led to minority status for Kurdish people within other Middle Eastern states, which has driven ethnic and political conflicts.

The full Scottish Solidarity with Kurdistan letter can be read online .