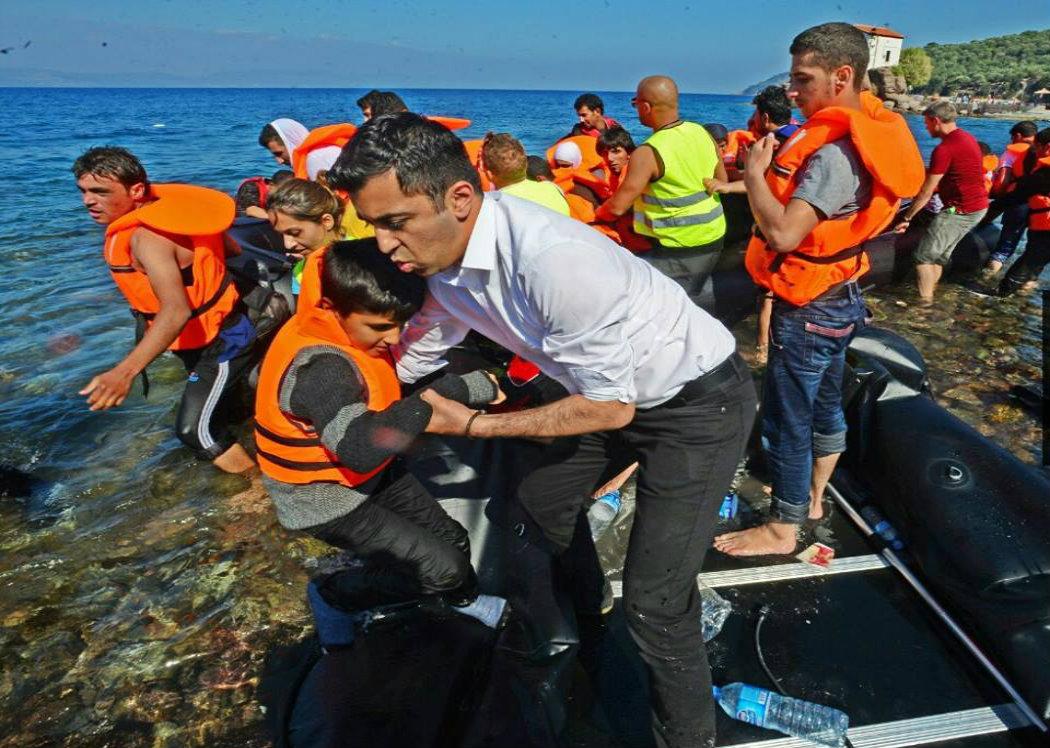 HUMZA YOUSAF, Scotland’s minister for Europe and international development, has described a recent visit to Lesbos as “eye opening and emotional”.

Lesbos has witnessed thousands of refugees arriving on a daily basis who are fleeing conflict or persecution.The island is struggling to manage the influx of men, women and children arriving on its shores, most of whom are traumatised and suffering from exhaustion.

Yousaf said: “Images from Lesbos will haunt me for long time. They should shame us all. Europe’s failure to act will cost lives.”

For those think refugees come Europe for life of luxury -does this look like luxury? We wouldn’t last a day in camps pic.twitter.com/xBXkT0P4Mi

The minister was quoted in the Daily Record stating: “These are people like any other. I talked to a lawyer, a teacher, a mechanic. These were people who had lives back home, friends and families back home.

Every refugee I spoke to had job & life back in Syria. They left all this behind because they had no other option pic.twitter.com/i1lcm9QBIO

“These are not scroungers, they are fleeing conflict.

“Why would they leave all that they had behind them, to take a journey that could end up killing them and their children, if all they wanted was benefits and access to food banks?”

The minister commended efforts of humanitarians on the ground, but stated that refugees are still not being given the assistance that they require.