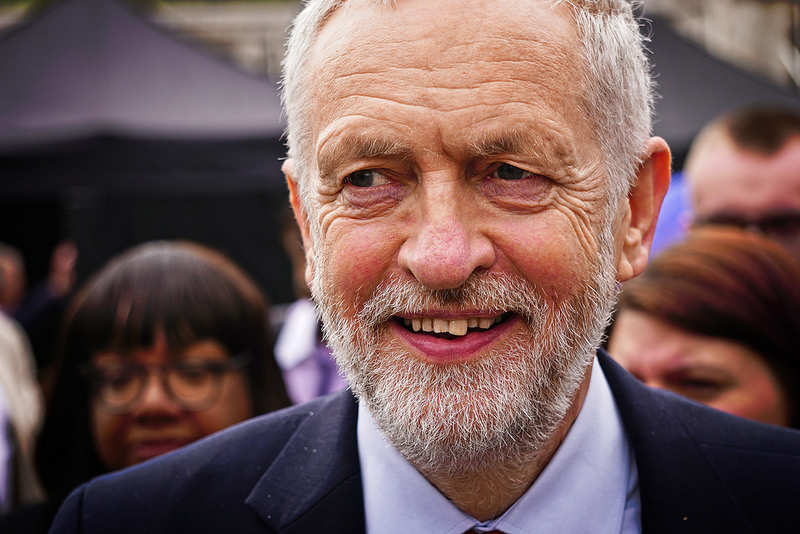 MIGRANT RIGHTS campaigners have welcomed a pledge by Labour’s shadow home secretary to end the ‘hostile environment’ policy pursued by the Conservative government as the “biggest change” in Labour’s immigration policy for 20 years.

Shadow home secretary Diane Abbott said on Wednesday [16 May] that a future Labour government at Westminster would end the “hostile environment” policy and close the infamous Yarl’s Wood and Brook House detention centres.

Abbott said the party would re-direct the £20m funding the centres currently receive to fund services which support survivors of modern slavery, trafficking, and domestic abuse.

In a landmark speech on immigration following the Windrush scandal, the veteran left-winger also said Labour would end minimum income requirements for spouses to join partners in the UK and would end the “scandalous practice” of children born in Britain being forced to pay substantial fees to obtain UK citizenship.

Margaret Woods, the trade union coordinator at the Glasgow Campaign for Refugees, welcomed the announcement, telling CommonSpace it could not be underestimated how significant a change in policy this was.

Read More:  Analysis: From Amber to red – the case for the prime minister now being in the firing line as Tories Windrush crisis deepens

“It was Tony Blair’s government which expanded the use of dawn raids and increased the use of detention centres. This announcement by Diane Abbott represents the most significant change in mainstream Labour thinking in 20 years.

“Diane Abbott’s statement has to be welcomed. and campaigners across the UK can build on this,” she said.

LCFM spokesperson Ben Towse told CommonSpace: “Diane Abbott’s pledges that a Labour government will end the indefinite detention of migrants who have committed no crime, and will close two of the detention centres whose living conditions are a stain on our society, are very welcome. But now the Labour leadership must leave behind the remaining policies that perpetuate Theresa May’s hostile environment.”

Despite the pledge being welcomed, Labour faced some criticism from campaigners over the apparent contradictions. After her speech, Abbott posted on Twitter that a Labour government would employ 500 more border guards to stop “illegal immigrants”.

Margaret Woods cautioned Labour that it should avoid getting into a situation where it defines “good immigrants vs bad immigrants”, and spoke about some of the other contradictions she found in Abbott’s landmark speech. “There is a contradiction in only shutting down two of these detention centres, because what we really want is for all of them across the UK to be shut down.

“At Dungavel detention centre [in Scotland] there was a suicide recently, and when I have visited I have seen the awful conditions which people are kept in. Another, Colnbrook, has arguably the worst record on human rights abuses and neither of these were mentioned for closure by Diane Abbott.

“I do welcome her comments about removing private firms with a record of abuse from managing these centres because that will make government more accountable, but ideally they wouldn’t exist.

“But we can’t underestimate the movement in Labour’s position, and it is a welcome break from the Blairite era which created the beginning of the hostile environment.”

Ben Towse agreed with Woods, saying Labour should win over hearts and minds on immigration. “Labour has the chance to debunk the lie that migration is to blame for the problems facing working people, and to change the debate on immigration. Our mass membership party under Jeremy Corbyn has shown it can win hearts and minds to positive new ideas,” he said.

“We can only do so if we abandon the old, discredited strategy of triangulation. Labour has real solutions to the problems facing workers: taking on the entrenched power of the rich, investing in homes, jobs and services, and bringing migrant and British-born workers together in strong unions to drive up wages and improve our lives at work.

“We must set these against Theresa May’s aggressive anti-migrant regime that does nothing to improve life for British workers, and against attempts to withhold the social safety net from migrants. Denying recourse to public funds led to the recent scandal which snatched away children’s school meals, and risks undermining all workers by placing migrant workers at the mercy of unscrupulous, hyper-exploiting employers.”