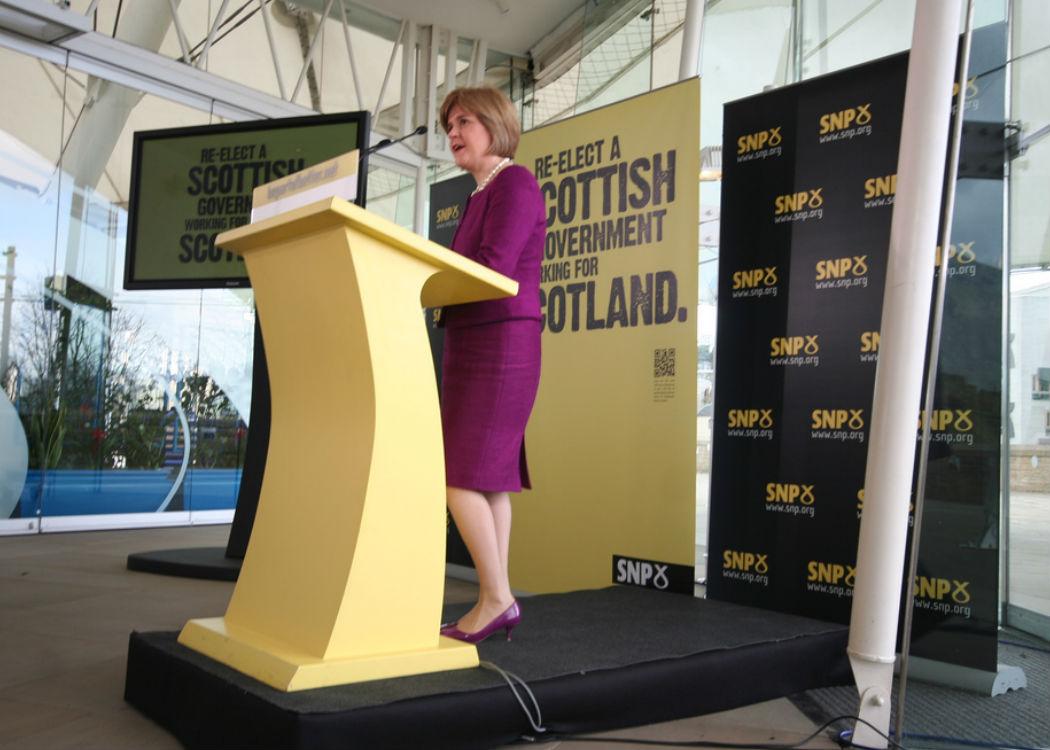 SIXTY per cent of people are set to vote for the SNP in next May’s Holyrood election, a staggering new poll has indicated.

The TNS poll, which sampled 1031 adults aged 16+ throughout Scotland over the period 13-30 May, also found that support for continued membership of the EU remained strong in Scotland.

The party won 50 per cent of the vote in the recent General Election, but the latest poll has found that 60 per cent of voters who expressed a preference say that they intend to vote for the SNP in the constituency section of the poll.

This compared with Labour on 19 per cent, down from 32 per cent in 2011, the Conservatives on 15 per cent (14 per cent), the Liberal Democrats 3 per cent (8 per cent) with the remaining votes split among the other parties.

This compared with the second vote number in 2011, where the SNP polled 44 per cent, Labour 26 per cent, Conservatives 12 per cent, Liberal Democrats 5 per cent, Greens 4 per cent and UKIP 1 per cent.

Meanwhile, 67 per cent said they were certain to vote, with SNP voters especially engaged (79 per cent). This suggests the turnout could be far higher than the 50 per cent who voted in 2011.

Commenting on the poll Tom Costley, head of TNS Scotland said: “Clearly there is a long way to go until the Scottish Parliament elections, so it is too early to tell whether the rise in support for the SNP represents a continuing trend, or whether it reflects a “honeymoon” period with the party’s new Westminster MPs.

“The strong support for continuing EU membership may reflect both this factor and the strong advocacy by Nicola Sturgeon, who remains a popular figure: the case for the EU has yet to be tested in the full-blown political campaign that will precede the referendum.”