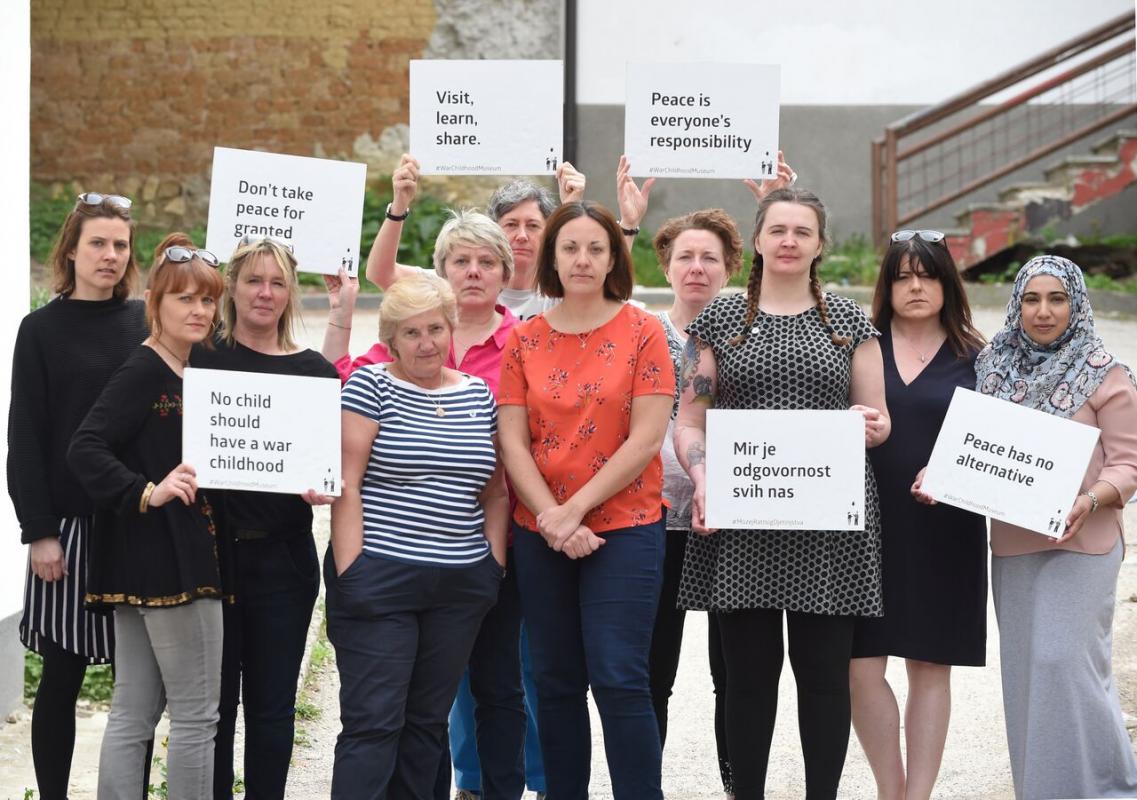 AS THE world looked on in July 1995, the worst mass killing in Europe since WWII took place in Bosnia, with over 8,000 Bosnian Muslims massacred.

A recent delegation to the country focused on uncovering the scars left behind from gender violence and rape in a genocide.

The Very Reverend Lorna Hood OBE, formerly the moderator of the Church of Scotland, has dedicated her retirement to working to uphold the fragile peace she has found on her seven trips to Srebrenica, a small town in Bosnia where one of the worlds worst genocides took place.

As chair of Remembering Srebrenica Scotland, the charity dedicated to highlighting the atrocities the Bosniak people faced, Dr Hood decided to co-lead an all-women delegation to the country in April 2018 alongside the former Scottish Labour leader Kezia Dugdale who has now visited the country twice.

The delegation, which included representatives from a broad spectrum of Scottish civil society, aimed to examine the role of gender violence in war, speaking to women who had been subjected to horrific war crimes as many of their families and friends were wiped out by Serb forces.

Speaking to CommonSpace, Dr Hood said: “The delegation this year took out 10 women who are leaders in their field to look at the role of gender violence in the genocide.

“Our theme is about breaking the silence over the horrific things done to women, like the rape camps which used sex as an instrument of war.

“We wanted to hear the true story of these women who often lived alongside the people who would later rape them as they killed their family in the same room.”

Between 1992 and 1995, Bosnian Serb forces led by General Ratko Mladic led a campaign to exterminate Bosniak men and boys, but the brutal war also drove 20,000 people – including women – from driven their homes and it is estimated between 25,000 and 50,000 women were raped during the war.

Dr Hood said she is dedicated to ensuring that the history of the genocide is learnt not only in the memory of those who lost their lives but also because she believes the lessons which the world must learn to avoid future atrocities cannot be ignored: “Srebrenica is unique because people lived together [before the genocide]. Some wouldn’t keep pigs on their land because of the religious beliefs of their neighbours.

“Overnight, with the rise of nationalism, those people who were neighbours became enemies. People who they had shared things with came into their homes and threatened them, sometimes raping their families.”

“People often say to me that the atrocities of Srebrenica could not be repeated here, but it could.” The Very Reverend Dr Lorna Hood

Bakira Hasečić, president of the Association of Women Victims of War, met the delegation, telling them women in the country today still see the men who raped them and their children during the war.

Hasečić, whose work has been featured at Glasgow Women’s Library, campaigns for women who were raped and sexually abused in the Bosnian War and will receive an honorary degree from Glasgow Caledonian University later this year.

In 2016, the countries former president Radovan Karadžić was found guilty of war crimes and crimes against humanity. Sentenced to 40 years in prison, the international court found he was central to a genocide campaign which aimed to kill every adult male and eventually “exterminate” the Bosnian Muslim community.

Also joining the delegation was the former president of the National Union of Students Scotland, Vonnie Sandlan, who now works with Colleges Scotland and is a respected women’s rights campaigner.

Speaking to CommonSpace, Vonnie Sandlan said she joined the delegation after realising how little she knew about the genocide: “I was in third year at high school when the Bosnian war was happening, and I do remember news coverage but I wasn’t aware of the full details or even that there was genocide until later in my life.”

Sandlan said she agreed with Dr Hood about the need to ensure that lessons were learned to prevent and intervene in such situations.

“As part of my own value set,  I know that you don’t need to scratch very far on the surface in the UK just now to find some of the othering which creates divides.”

As well as highlighting the crimes committed against people in Srebrenica, Dr Hood passionately believes that there are vital lessons for the world from the Srebrenica experience, the result of allowing hatred and intolerance to spread. 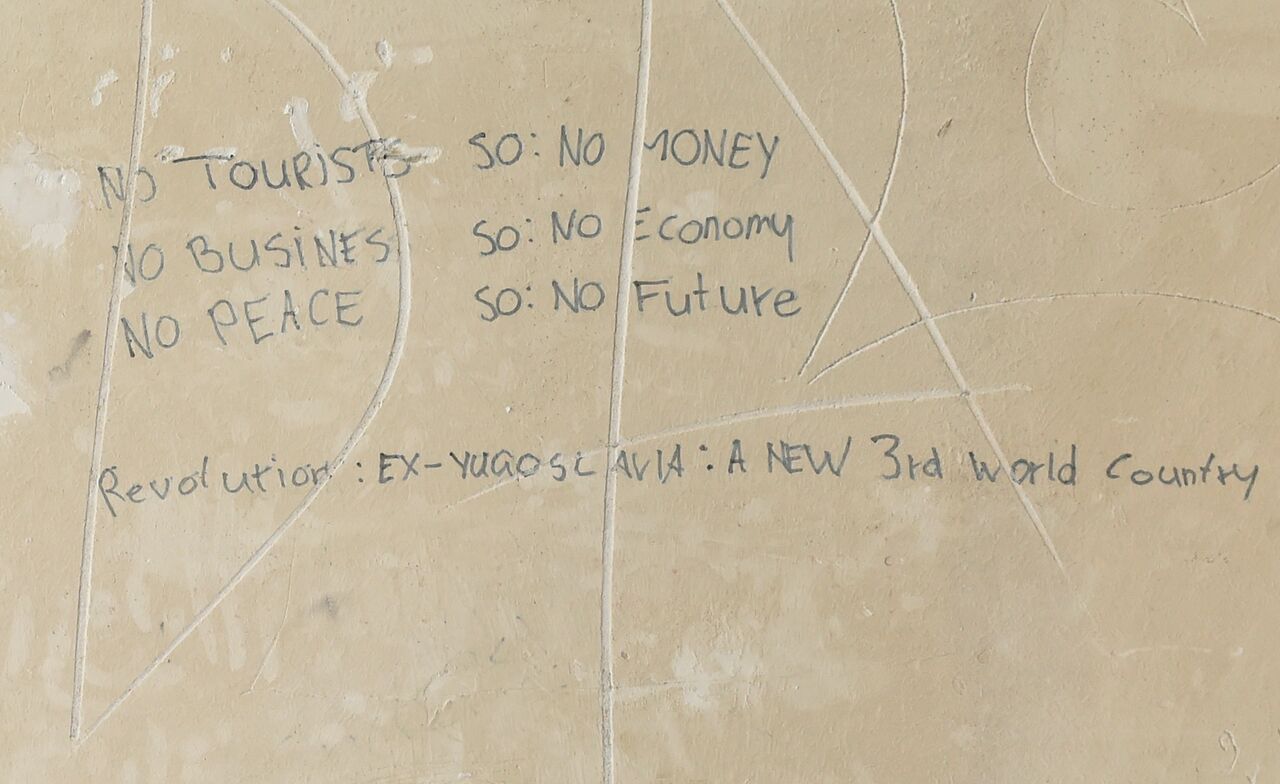 “We can be very complacent now and say that we live in a very tolerant society, but tolerance isn’t the answer. Tolerance implies that we simply ‘put up’ with differences,” Dr Hood said, “We need to live in a  cohesive society where we celebrate our differences rather than tolerate them.

“People often say to me that the atrocities of Srebrenica could not be repeated here, but it could.

Ms Sandlan, who joined the delegation also to learn about the use of gendered violence as an instrument of war, stressed that it was something that history lessons should talk about and confront more to acknowledge the psychological and physical trauma which victims experience: “I don’t remember ever having a conversation about the hardships women face in war. I don’t know if that’s because it is a difficult subject to speak about, but I do think we are doing young people a disservice by not trusting them to learn about the reality.”

Both Dr Hood and Vonnie Sandlan said the most worrying thing they observed was the fragility of the peace in Srebrenica because of unresolved issues, with the country still not properly acknowledging the hurt and some politicians even denying that a genocide took place.

Vonnie Sandlan also told CommonSpace that she feels the international community should move away from the idea of intervening in tragedy either by using military aggression or doing nothing, instead focusing on the humanitarian response of aid, medical help and assisting refugees.

With the conflict in Syria raging on and international tensions rising under the presidency of Donald Trump, the delegation are pointing to Srebrenica as an example of the repercussions of isolationist foreign policies and doing nothing to assist an oppressed people.