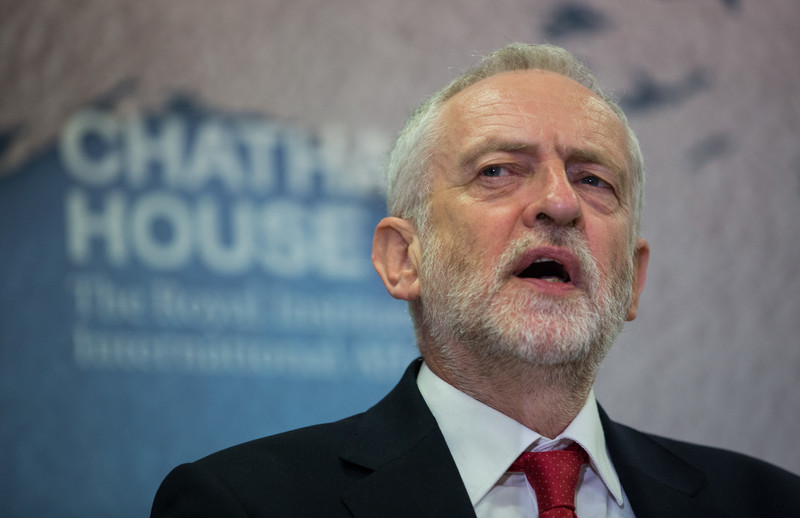 JEREMY CORBYN will be campaigning across Scotland this week with Scottish leader Richard Leonard, pledging that a future UK Labour Government will “invest in every part of Scotland” and leave no community behind.

Senior party insiders told Commonspace the visits represent greater cooperation between the Scottish and UK party as part of an effort to highlight the need for a Labour government at Holyrood and Westminster.

Speaking ahead of the tour, Corbyn said the economy was broken across the UK: “Our economy is broken. It is failing people right across Scotland, forcing 260,000 children into poverty, while more and more people in work are unable to make ends meet.

“These problems blight every community in Scotland: from Saltcoats to Selkirk and Stornoway we urgently need to transform a rigged system.

“The Tories serve the few, with tax cuts for the richest. The SNP are too timid to take on the elite who are holding our people back.” Jeremy Corbyn

“The Tories serve the few, with tax cuts for the richest – and falling pay and cuts in public services for the rest of us. The SNP are too timid to take on the elite who are holding our people back. Scotland needs Labour governments in both Westminster and Holyrood with the strength and the will to work for the many, not the few.”

A senior Scottish Labour insider at Holyrood said it was exciting that the party had a renewed purpose: “We need to make the case for a Labour government in Westminster and Holyrood, so Jeremy and Richard are taking our ideas for real change into communities.”

Corbyn will join Richard Leonard on campaign stops in Selkirk, Midlothian and North Ayrshire over the course of this week.

Welcoming Corbyn to Scotland, the Scottish Labour leader Richard Leonard said: “Poverty doesn’t respect borders. The impact of austerity isn’t confined to the central belt of Scotland and neither will Labour’s response to it be.

“In a country where the richest one per cent own more personal wealth than the whole of the poorest 50 per cent, something needs to change. Communities are being left behind. Only Labour has the plan and the political will to deliver the real change Scotland needs.”

The Sunday Herald revealed this week that the Scottish party’s former leader, Kezia Dugdale who resigned abruptly last year, recently told a private meeting of Labour colleagues that Corbyn’s Brexit position was a factor in her choosing to leave.

The former leader was often publicly critical of the UK party’s leadership.

Speaking to Commonspace, a Scottish Labour source responded to the reported comments from Dugdale, simply saying: “She’s either missing the spotlight or preparing to leave parliament.”

Labour’s position on Brexit was also criticised by the SNP last week, with SNP MSP George Adam saying Labour backers were “turning their back” on the party over the issue: “Labour’s position on Brexit is an utter disgrace – they are aiding and abetting right-wing Tory plans for an extreme Brexit which will do huge damage to the Scottish economy, jobs and living standards.

“That is unforgivable, and will be seen so by many Labour backers who are now turning their back on the party, as the latest opinion polling shows.”