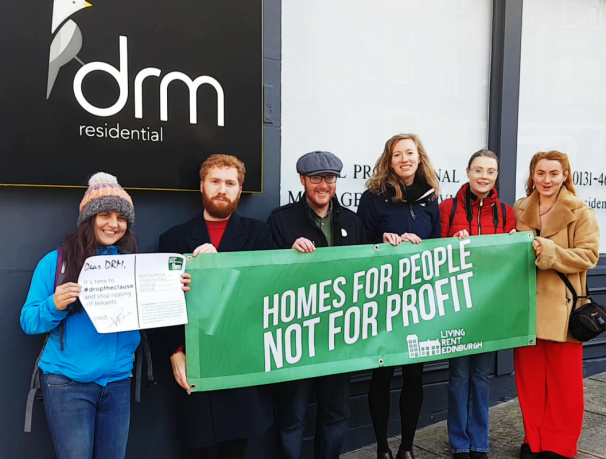 As a new report from the Living Rent tenants’ union and the Common Weal think-tank makes the case for national rent controls, CommonSpace compares its proposals to schemes in place around the world

This system would link rent controls to the quality and amenities of the property in question, rather than market rates; a new Scottish Rent Affordability Index to peg maximum rents at affordable levels for tenants; and a Scottish Living Rent Commission to regulate the private rented sector.

In the context of Scottish politics, this may appear radical; yet Living Rent’s report not only argues that such measures are necessary to save tenants from being forced into poverty by “sky-high rents” and being trapped in “slum-like” conditions, but are reasonable and achievable in an international context. For proof, the report refers to similar rent control arrangements in place in Germany, Sweden and the Netherlands.

So, what can the rest of the world teach Scotland about rent controls?

The chief difference between the Living Rent plan and existing rent controls in the United States is Living Rent’s national ambition – rent controls in the US are decided at the state level, and therefore vary dramatically. In some states, laws pushed by the conservative American Legislative Exchange Council actually prohibit local government from passing laws that would regulate rent (however, such prohibitions are often deeply unpopular) and an advisory referendum on lifting such a ban in Chicago won last year by 77 per cent, following a campaign by the ‘Lift the Ban’ coalition which argued that a minimum wage worker in Chicago would have to work 106 hours a week to afford the average rent in the city.

Most famously, New York city is best known for its long-established system of rent controls, which cover over one million apartments. However, these rent-regulated properties are subject to a notoriously byzantine set of laws and bureaucracy, and the number subject to full rent control is a very small minority. The rest are covered by rent stabilisation, controlled by a Rent Guidelines Board, which froze rents in 2015 and 2016, but in 2017 voted to allow landlords to increase rents by up to 2 per cent.

However, Brooklyn State Senator Julia Salazar, elected last year after being endorsed by the Democratic Socialists of America, submitted a housing bill in January this year, which would pave the way for universal rent control in New York State, and would prevent tenants in any ‘market-rate apartment’ from being evicted for not paying an “unconscionable” increase in rent.

Germany’s system of tenants’ rights is among the best known in Europe – unsurprisingly, considering that renting is the choice of the majority of Germans, making the nation the bottom of the list in terms of European home ownership. With roughly 60 per cent of Germans renting rather than buying, and with the majority of those tenancies being private, a large and influential voter bloc exists. This is as opposed to the UK where house prices and the concept of home ownership remain the predominate concern for many mainstream politicians.

However, despite the fact that tenants’ rights in Germany made tenancies secure and evictions relatively rare, the average rent in some German cities have risen by close to 50 per cent over the past decade, which led to the introduction of the Mietpreisbremse (rent control law) in 2015.

Controversy ensued, with some arguing that price inflation on apartments had actually increased and sped up across Germany since the introduction of the law, but findings from the German Institute for Economic Research in 2018 revealed that the law had been partially effective in holding back increases in those areas which had seen the greatest rises in rent.

However, because the law only covered a small proportion of tenants in the 31 cities which adopted the law, rent control was again complicated and stifled by the lack of an all-encompassing national program.

Across the entire country, French tenants enjoy stricter rules of protection from landlords than those in the UK. Rents are attached to an index, call the IRL, and it is only according to this index that rents on unfurnished dwellings can be increased. In 2018, the IRL only allowed an annual increase of 0.51 per cent, and was closer to zero for the majority of 2015 and 2016.

In France, if you rent an unfurnished property as your main residence, you are automatically given a three-year tenancy, with an automatic right of renewal after those three years; you must also give three months’ notice if you wish to leave. Conversely, if the landlord wishes you to leave, you must be given a minimum of six months’ notice. Tenants are also given first right of refusal if their landlord wishes to sell.

France is also known for the la trêve hivernale (the winter truce) – a version of which Living Rent has advocated – which prevents evictions in winter, and runs for the five months following 1 November. However, this does mean that evictions typically jump at the beginning of April.

Further protections are included in the laws of Paris, which now has 25 per cent social housing, and has imposed strict affordability controls on new developments in some areas throughout the city.

The call for more aggressive rent controls has grown throughout the Republic of Ireland in recent years, due to the spiralling of rents motivated by the soaring Dublin property market. Because of this, a system of limited price controls was introduced in 2017, which saw ‘rent predictability measure’ cap rent increases to 4 per cent a year for three years in hotspot areas, similar to the legislation the Scottish Parliament passed in 2016 for ‘rent pressure zones’ here.

However, these measures have been largely ineffective, with rents in Dublin now substantially higher than the average for even London. As a result, housing activism in Dublin has grown increasingly aggressive.