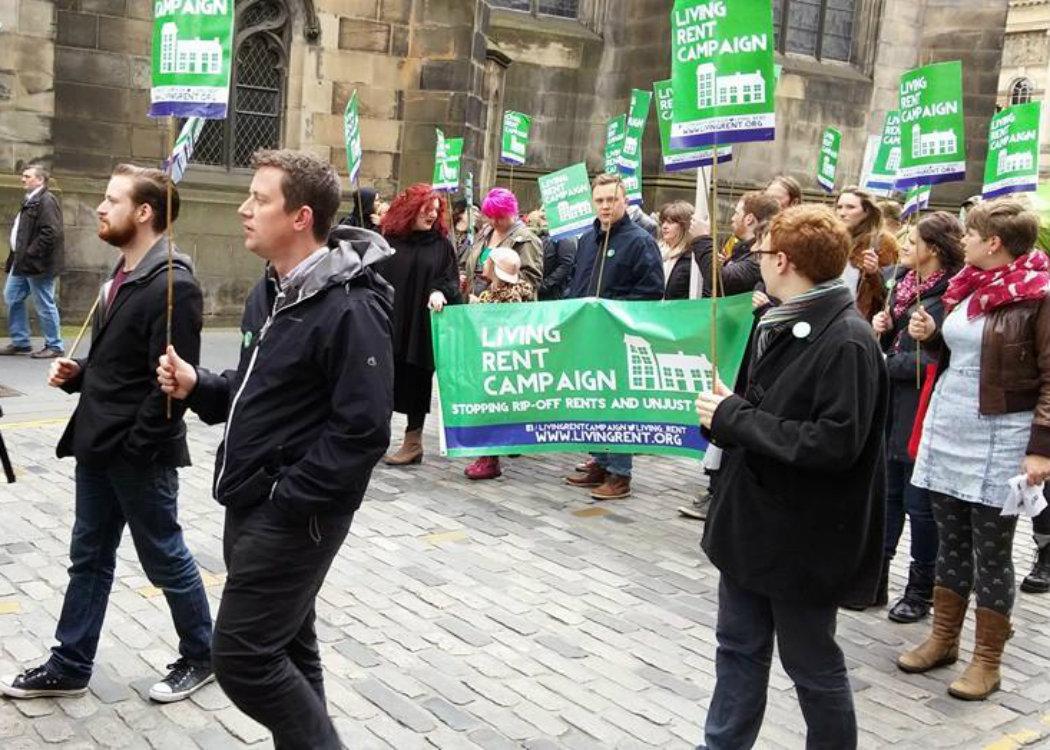 A VOW to include rent control measures within a Scottish Government Private Tenancies Bill has been welcomed by housing campaigners.

First Minister Nicola Sturgeon committed to “local rent controls for rent pressure areas” with her Programme for Government this week.

While the announcement was a significant milestone for those supporting more manageable private sector rents, campaigners say greater detail is required on the specific rent control proposals to understand the impacts of such a move.

Living Rent activist Harriet Protheroe-Davis said: “This is a big victory for tenants and for the Living Rent Campaign. It is absolutely right that the upcoming bill will strengthen the rights and protections for tenants, as well as including provisions for the introduction of rent controls in high-pressure areas.

“It is important that the model of rent controls fully addresses the problems in rented housing, and we will continue to campaign to ensure that it does, but today’s announcement shows that the Scottish Government has listened to the thousands of people who have backed the Living Rent Campaign’s calls for rent controls and better protections.

“Rents are becoming increasingly unaffordable, and if we are serious about tackling poverty in the private rented sector, rent controls are a must.”

The private rented sector has almost trebled from five per cent of total homes in 1999 to 14 per cent in 2014.

“Rent controls linked to quality, such as the model that exists in the Netherlands, are the most efficient way of forcing up standards, by giving landlords an immediate financial incentive to make repairs.” Gordon Maloney, housing activist

Private renters in Scotland now spend 23 per cent of their income on housing on average, while almost 100,000 private renters relied on housing benefit in 2013 to subsidise landlord charges.

Under current devolution arrangements, the social security bill would drop with strong rent controls – but those savings would go to the government at Westminster.

The government has announced plans for a Private Tenancies Bill to “give tenants in the private rented sector increased security, while giving landlords, lenders and investors the confidence to continue investing in the sector.

“This will provide more predictable rents and protection for tenants against excessive rent increases, including the ability to introduce local rent controls for rent pressure areas,” the programme for government stated.

The debate on rent controls is now likely to focus on the different forms of control that could be implemented.

The Living Rent Campaign cites the Dutch model where “properties are rated according to things like size, condition, facilities, as well as the local environment and available services such as schools and transport links; and rent is set accordingly”.

In the Netherlands regulated rents are decided annually by the government, with flexibility afforded in areas of high demand.

The campaign supports the right to rent reviews as part of an extended Private Rented Housing Panel. Rent reviews already exist in certain instances in Scotland, like with agricultural tenancies which can be reviewed at the land court.

Gordon Maloney, a leading campaigner within the organisation, also welcomed the announcement – but called for detailed scrutiny of any government proposals.

“Secondly, rent controls aren’t just about cost. There are parts of Scotland where rent isn’t comparatively expensive, but where there do exist chronic issues of poor quality housing. Rent controls linked to quality, such as the model that exists in the Netherlands, are the most efficient way of forcing up standards, by giving landlords an immediate financial incentive to make repairs. It is unclear whether there will be scope within the provisions outlined to have this effect.

“That said, and even with those caveats, this is an enormous step forward for private tenants in Scotland,” he said on OpenDemocracy .

The Private Tenancies bill will be brought before parliament over the next year.