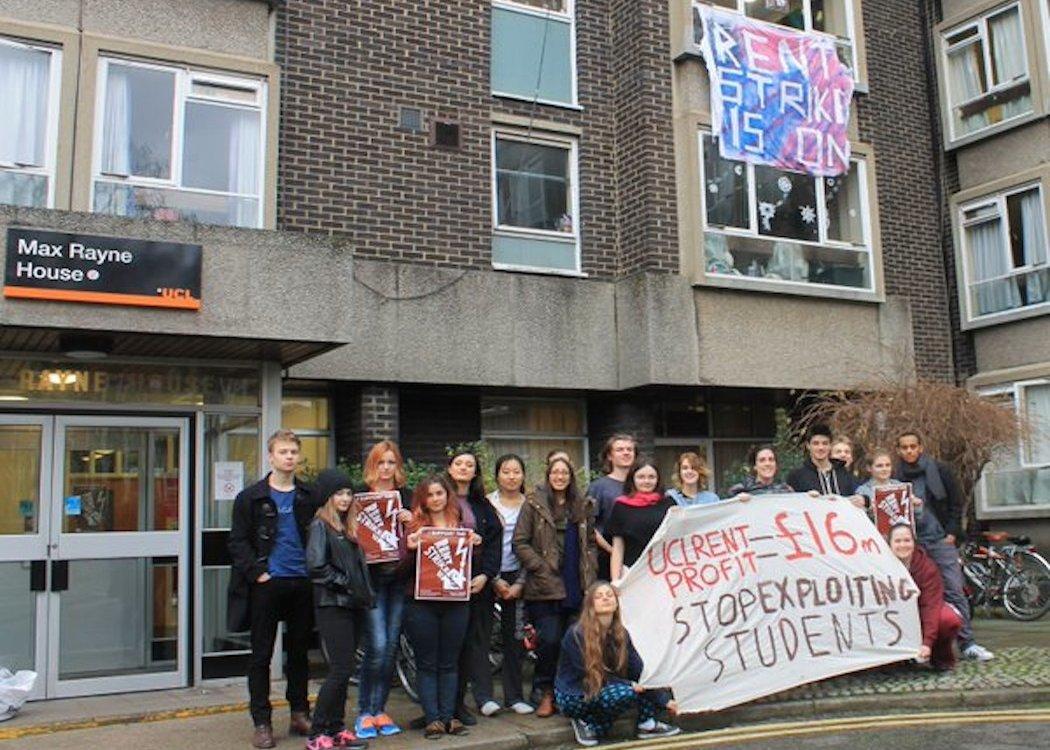 ONE HUNDRED AND FIFTY students at University College London are withholding their rent in a demand to reduce suffocating living costs by 40 per cent.

The direct action follows a 56 per cent increase in rent payments since 2009, which means young people are paying out up to PS1,100 a month just to live in university accommodation.

London is in the midst of a housing crisis, with soaring property costs in the mortgage and private tenancies sector coupled with a shortage of social housing.

Angus O’Brien, an organiser of the UCL ‘Cut the Rent’ campaign, told The Guardian : “The cost of rent has gone up dramatically and it’s preventing people from studying at university. This is a massive problem across London and the country. We are showing that something can be done about rising rent prices. Our action could be the start of something much wider.”

The National Union of Students’ Shelly Asquith welcomed the action as an example of a “militant and successful rent campaign”.

Campaigners point out that 72 per cent of UCL student income goes on rent, for households earning under PS25,000 a year.

Following the tripling of tuition fees, students in England are now among the most debt dependent in the developed world. The first students graduating under the high-fee system will incur PS44,000 of debt on average, according to the Institute of Fiscal Studies.

UCL is “seeking dialogue” with ‘Cut the Rent’ to “discuss” the issues raised by the rent strike.

In Scotland, despite free tuition for undergraduate students, access to university remains unequal, depending on family wealth.

Limited rent controls are included in the current Private Housing (Tenancies) Bill which is under consideration in the Scottish Parliament.