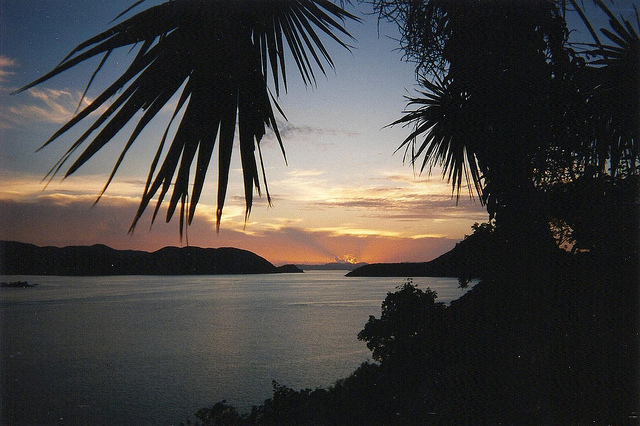 A NEW report has identified over £250 billion in fraudulent funds directed through UK tax havens, more than over 20 years of the UK Government’s foreign aid budget.

The report, by Transparency International, examined the UK’s overseas territories, many of which act as tax havens for companies around the world to launder illegally obtained funds through.

The analysis comes as the Overseas Territories Joint Ministerial Council is set to meet in London.

The analysis found “£250 billion worth of funds diverted by rigged procurement, bribery, embezzlement and the unlawful acquisition of state assets across 79 different countries.”

READ MORE: The Brits exposed so far by the #PanamaPapers tax haven scandal

This number, based only on funds specifically identified by Transparency International, is likely to be low due to poor detection and prosecution rates, and thus is probably “the tip of the iceberg”.

The report identified 1,107 companies registered in British Overseas Territories involved in 237 cases of economic crime, 90 per cent of which were on the British Virgin Islands.

“To put this in perspective, the scale of the damage caused by the companies we have identified is greater than the whole of the UK’s foreign aid budget over the past 20 years,” the report found.

The analysis found 63 per cent of £4.4 billion worth of property owned by companies in British overseas territories was “suspicious wealth”.

1. The UK Government must set out public and time-bound plans for providing assistance to the Overseas Territories to enable them to establish public registers of beneficial ownership

2. The British Overseas Territories should themselves work to bring in such registers

3. The British Overseas Territories should give law enforcement agencies in the UK open access to their company registries to assist with any new or ongoing investigations

“It’s disappointing that the British Overseas Territories have resisted further progress towards corporate transparency in their jurisdictions. Our new analysis is a stark reminder of the damage wrought by anonymous companies registered in secrecy havens like the British Virgin Islands; these are not victimless crimes. When money is stolen from state budgets it is schools and health services for ordinary people that suffer.”

“As law enforcement agencies know too well, at the heart of most serious corruption and money laundering cases are anonymous companies whose real owners are hidden from scrutiny by lawyers, accountants and rogue professionals. The secrecy made possible in the British Overseas Territories has been key to criminals across the world enjoying impunity for their actions. It does nothing to aid the reputation of financial centres to provide services and secrecy that enrich a corrupt global elite at the public’s expense.”

“We are calling on all present at the Joint Ministerial Council to take their obligations to society seriously and stop seeking ways to halt the march towards transparency. The UK Government must assist the Overseas Territories in opening up information on companies based there to public scrutiny. As the UK prepares for a future outside of the EU its reputation as an international financial centre will stand or fall on reforms in its offshore networks.”