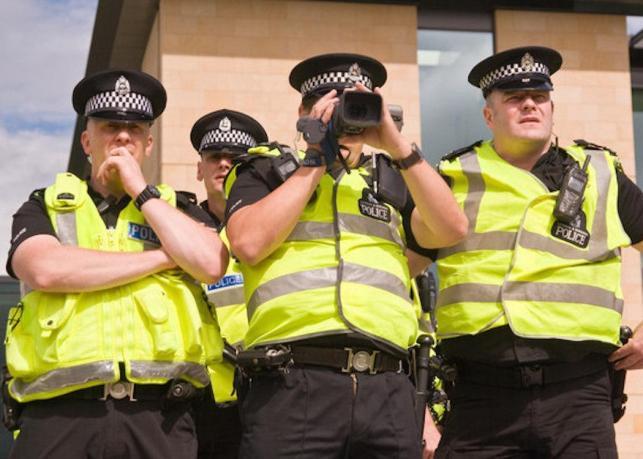 FRESH demands for a public inquiry into police surveillance in Scotland have emerged, with a report that alleges undercover police officers made several trips to Scotland in order to “cement relationships” with female activists who had been “targeted” by the spycops.

The spycops scandal was exposed in 2011, when it was revealed that a number of officers had been involved in long-term sexual relationships with activists while working under-cover.

An inquiry was established by the Homes Secretary in 2015 and was supposed to publish its findings in 2018 but is yet to do so. The Scottish Government has resisted calls for a similar inquiry in Scotland, despite the Home Offie inquiry being limited to England.

During their trips to Scotland, the officers brought with them women activists with whom they were involved in sexual relationships and who were not aware of their true identity, the report by Scottish Campaign Opposing Police Surveillance (Scops) claims.

It claims that members of the Metropolitan police Special Demonstration Squad (SDS) spied on the Scottish Socialist Party as part of repeated trips north of the border, and that such trips represent an important part of the programme of infiltration.

Read more: Woman duped into relationship by undercover cop tells how he used tales of childhood abuse and mental trauma as part of his act

The report states: “The three SDS officers that we know visited Scotland were John Dines, Mark Jenner and ‘Carlo Neri’. They did so with the women they had targeted for long-term relationships, including living with them. The women each emphasise the importance of these visits to Scotland to cement the relationships.”

Lubbers finds that the scope of the report was insufficient, that it had been concluded too early and did not sufficiently address concerns over the inappropriate targeting of activist groups, miscarriages of justice and the blacklisting of trade unionists.

It also finds HMICS did not adequately address significant public concerns about the forming of intimate and sexual relationships between officers and women activists.

“The evidence presented in this report shows the need for further careful investigation, crucially involving those affected by undercover political policing. We conclude that there is therefore a need for a public inquiry in Scotland,” the report states.

Read more: ‘If someone seems too good to be true, they probably are’ – Environmental activist speaks out on how undercover police shook her community

In February, the Guardian made public data that showed that since 1968, British undercover police had infiltrated over 1000 political groups, overwhelmingly of a leftwing political character.

The Scottish Government has declined to hold an independent public inquiry into undercover policing in Scotland.

Quoted in the Scotsman, Scottish Labour MSP Neil Findlay, who has campaigned for an inquiry in Scotland, said: “It is completely unacceptable that the only people on the mainland UK who do not have the ability to give evidence at such an inquiry are Scottish victims. This is unjust and wrong – we need a Scottish inquiry now.”

Responding to the report’s demand for a public inquiry, a Scottish Government spokesperson told CommonSpace: “The Scottish Government has been Judicially Reviewed regarding its decision not to hold a public inquiry in Scotland. The decision reached by Lady Carmichael in November 2018 to dismiss the petition on all counts is currently subject of an appeal. As such, this remains a matter for the courts.”