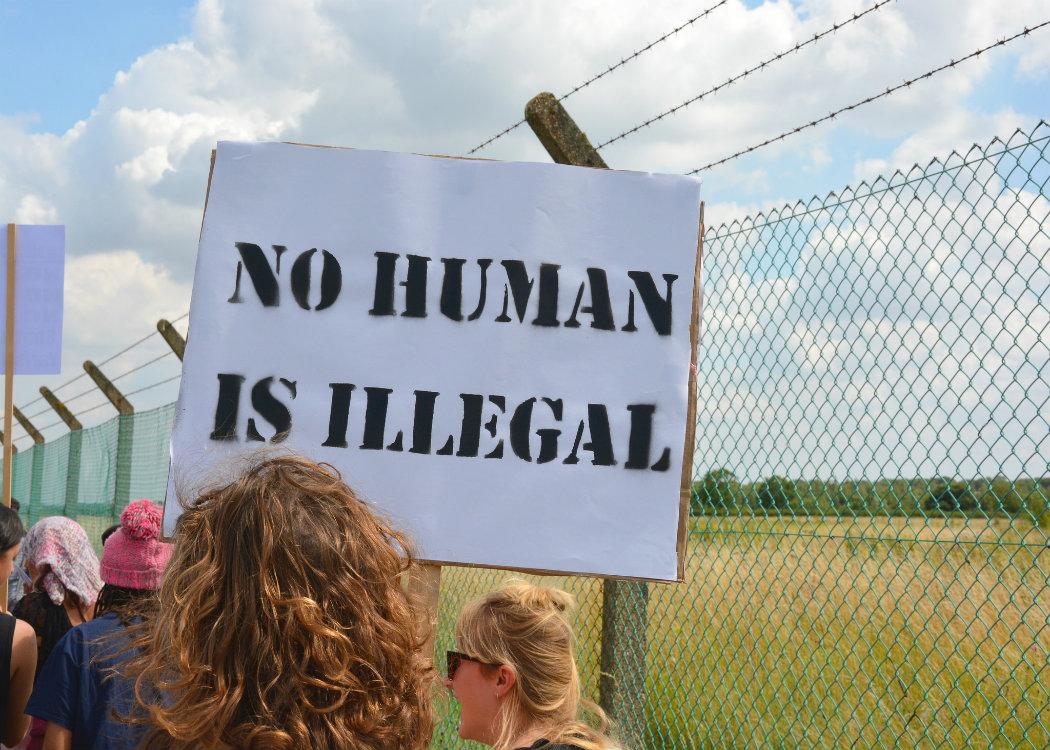 A DAMNING REPORT published by the Nick Hardwick, chief inspector of prisons, has uncovered that conditions at Yarl’s Wood detention centre have deteriorated to the extent that almost half of detained female asylum seekers fear for their safety.

The report further revealed that vulnerable female asylum seekers felt that they were treated “like animals” by staff members, and that the experience of being detained had resulted in various, lasting mental health problems.

In one deplorable case, a woman confided in staff, explaining that the reasoning for her panic attacks and sleep loss was due to the fact that three men had raped her at gunpoint. The UK Home Office responded by stating that the incident of violent gang rape “did not constitute as torture”, and recommended that the woman in question continue to be detained.

Despite being government-owned, Yarl’s Wood is coordinated by Serco, a profit making company. Since September 2014, the security at Yarl’s Wood has also been outsourced to a private firm, and is now operated by G4S.

During a visit in April 2015, inspectors discovered that a total of 99 pregnant women were being held in the detention centre, in spite of Home Office policy stressing that this should only occur in exceptional circumstances.

In one case, a detained woman who was 15 weeks pregnant at the time missed her 12-week scan and did not have access to vitamin supplements as staff had failed to order them in time. Inspectors stated that out of every area examined in the detention centre, “health care had declined most severely.”

Earlier in 2015, a parliamentary inquiry recommended that a 28-day maximum limit on detention be instigated; adding that evidence indicated that being locked up for a prolonged period of time could have catastrophic consequences on the health of detainees. Hardwick’s recommendations echoed this, stating that women should be detained only as a last resort and that a strict time limit should be imposed.

Hardwick stated: “Yarl’s Wood has deteriorated since our last inspection and the needs of the women held have grown.

“In my view, decisive action is needed to ensure women are only detained as a last resort. Depriving anyone of their liberty should be an exceptional and serious step.

“Other well-respected bodies have recently called for time limits on administrative detention. In my view, the rigorously evidenced concerns we have identified in this inspection provide strong support for these calls, and a strict time limit must now be introduced.”

Managing Director of G4S, John Shaw, was quoted in the Independent , stating: “This report acknowledges the challenges which we inherited at Yarl’s Wood when we took over the healthcare provision last year, and we are currently reconfiguring the service to address a growing number of more complex medical requirements at the centre.”

In a press release, Stuart McDonald MP, SNP spokesperson on immigration, asylum and border control, stated: “This report makes for disturbing and disappointing reading – as so many of these problems have been identified many times before.

“I back Nick Hardwick’s call for immediate and decisive action – so concerning is the situation there. The detention for prolonged periods of time of vulnerable women and in particular pregnant women – is a particular area of concern.”

This is not the first time that the welfare of detainees has been scrutinised recently. In March 2015, CommonSpace uncovered a hunger strike in Dungavel detention centre. A seperate investigation by CommonSpace revealed that asylum seekers were facing evictions, racism and bullying in Scotland.