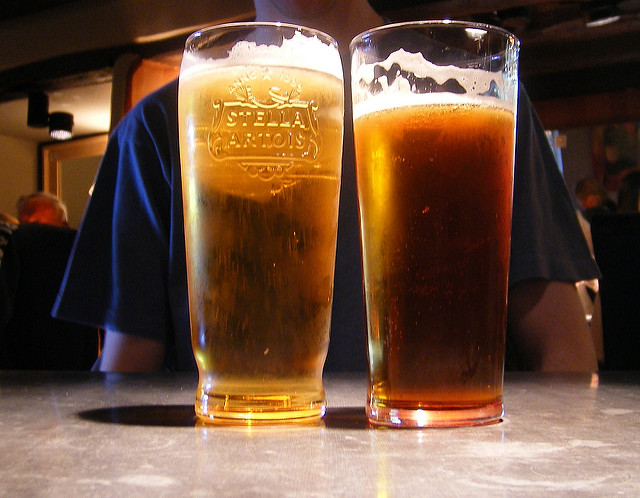 The report highlighted the dangers of cheap vodka and white cider

ALCOHOLICS who drink mainly cheap vodka and cider are more likely to die, according to a recent report – just days before a Supreme Court appeal on unit pricing is to be heard.

The study, conducted by Edinburgh Napier University and Scottish Health Action on Alcohol Problem (SHAAP), found that respondents who died paid significantly less per unit of alcohol, than those who survived.

The study, which only looked at Glasgow and Edinburgh, found that deceased respondents in the capital paid on average 41 pence per unit, as opposed to the 48 pence spent by those who survived. The Glasgow findings showed 38 pence paid by respondents who had died, as opposed to 46 pence for those who did not.

This study was released in the run up to the next part of a long running legal challenge by the Scotch Whisky Association (SWA) and two other European drinks companies, who said in 2012 that minimum unit pricing is “illegal, will be ineffective in tackling misuse and will damage the Scotch Whisky industry.”

The legislation was passed in the Scottish Parliament 2012, but has faced a series of legal challenges from the SWA, which saw it go from Scottish Courts to the European Court of Justice, then back again before an appeal was lodged at the Supreme Court.

The Advocate General of the European Court found minimum pricing to be a trade obstacle, but did, however, state that it could be allowed if a national court is satisfied that “the means chosen are appropriate for attaining the objective pursued and that, in making that choice, the State did not exceed its discretion.”

The bill will require each unit of alcohol to be at least 50 pence, meaning that a 12 per cent ABV bottle of wine will have to cost at least £4.50, and a four per cent ABV pint of beer at least £1.41.

Karen Betts, chief executive of the SWA, said: “We reluctantly took legal action against the Scottish Government because we believed that their minimum unit pricing scheme was illegal under European law.

“We do not believe the evidence that minimum pricing would tackle the small minority of those drinking to hazardous and harmful levels is sound.

“Instead, the scotch whisky industry remains committed to tackling alcohol misuse, including through the many projects and programmes we have supported over a number of years that are helping to address the problem.”

According to an SWA report published in March of this year, they work with a number of different charities and organisations across Scotland.

READ MORE – Whisky galore: but is the whisky industry paying for its round?

“Sadly, it’s not surprising that many of those who have died were drinking the cheapest drinks. Alcohol Focus Scotland’s recent survey shows some white ciders are available for as little as 18p per unit.

“That is why we urgently need minimum unit pricing. The price of a pint in the pub won’t change but the price of strong white ciders and own brand spirits favoured by the heaviest drinkers, will rise markedly.”

The appeal to the Supreme Court will be heard on Monday 24 July in London.