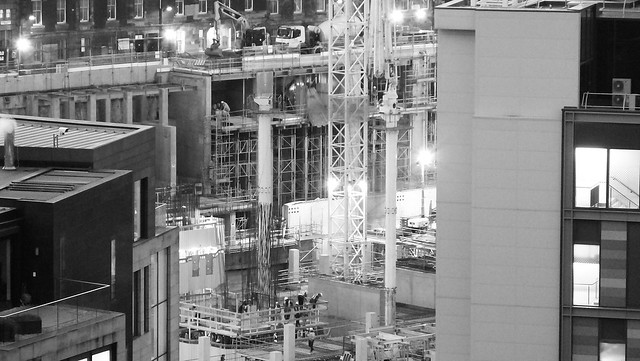 As the Planning Bill reaches Stage 3 and Holyrood prepares for three days of debate, Andy Wightman MSP warns of “an SNP-Tory stitch up”

THE SCOTTISH GREENS will stage a series of bids to alter the “lacklustre” Planning Bill this week, as the legislation to reform Scotland’s planning system enters Stage 3 and MSPs prepare to spend three days debating the final version of the bill.

The Planning (Scotland) Bill has already seen over 230 amendments made by the Scottish Parliament’s local government committee, and the chamber will consider more than 200 further amendments at the final stage of the legislative process.

The Greens’ efforts will be centred around their own Stage 3 amendments, which will seek to improve natural habitats in reaction to climate change, empower communities on issues such as short-term holiday lets, stop the bulldozing of hill tracks without consent, and make air pollution a priority of the national planning framework.

However, some of the amendments already put forward by the local government committee face efforts to roll them back, after the Scottish Government warned that they could “create millions of pounds of new costs”.

In May, Planning Minister Kevin Stewart wrote on the Scottish Government’s ‘Fairer Scotland’ blog that he had cautioned against making the planning system more complex, and warned that the “extraordinary number of, albeit well-meaning, Stage 2 amendments” had made the Bill “potentially unworkable”, saying: “To be frank, following Stage 2 the Planning Bill has become a guddle.”

The Scottish Greens’ have acknowledged they have a battle ahead, accusing Stewart of abandoning commitments to cross-party working in favour of a “stitch-up” deal with the Scottish Conservatives.

The Scottish Greens’ local government and economy spokesperson Andy Wightman MSP commented: “The Planning Bill should have been an opportunity to reset where power lies and give people a far greater say in decisions which affect them, but instead it looks like an SNP-Tory stitch-up is going to usher in an era of mass centralisation, leaving communities frozen out once again.

READ MORE: Clare Symonds: Help us create a planning system with community at its heart

“Green MSPs have worked hard to strengthen what was a lacklustre Bill and we’ll fight for our amendments this week, which include measures to regulate hill tracks and short term lets, improve air quality and protect natural habitats.

“These are important issues that people care about and we’ll do everything we can to win support for them. But if the SNP chooses to side with Tories and their corporate and landed interests it will be a huge blow for hopes of building a fairer, more equal Scotland.”

In May, Wightman warned of SNP-Tory collaboration when he accused the two parties of trying to “sabotage” his proposals to enhance regulation of the short-term let sector.

READ MORE: Helen Smith: If this is a Climate Emergency, developers can no longer be allowed to destroy natural habitats

In response to Wightman’s proposed amendment to the Planning Bill, which would require planning permission in all cases were a main dwelling was converted into a commercial let, the SNP and the Tories argued that such measures should only apply in specially designated “control areas”, with Scottish Government ministers’ approval.

This was a reversal from the Tories, who originally supported Wightman’s amendment, and the SNP, who had stated they supported its intention.

Speaking at the time, Wightman said it was “clear to me that the short term let industry has been successful in lobbying Ministers and the Conservative Party to weaken the Bill.”

Wightman’s Amendment 161 – which calls for a community right to appeal certain planning decisions, and is expected to be debated on 19 June – has been backed by the campaign group Planning Democracy, who have also warned of the influence of lobbyists, and accused the Scottish Government of “putting developers’ profits before communities’ needs and environmental protection.”