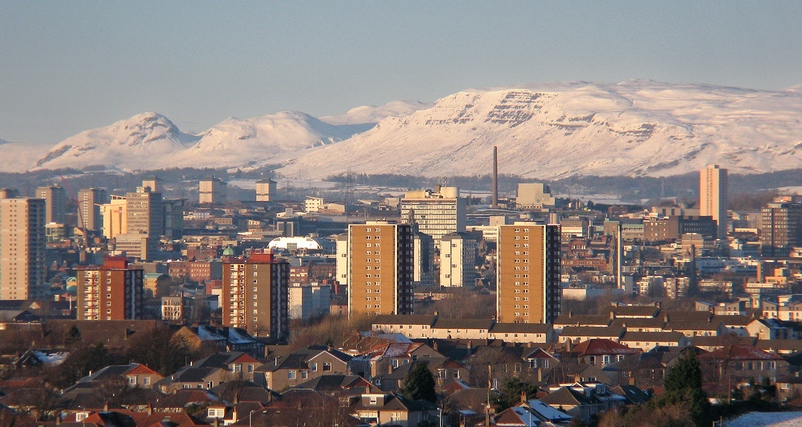 Official statistics show differences in health, wellbeing, and safety linked to people’s demographics and where they live

Class, ethnicity, religion, gender, disability and sexual orientation remain strong indicators of inequalities in issues such as health, mental wellbeing and confidence in the police in Scottish communities.

New data published by the Scottish Government has revealed the detail about links between long-term conditions and deprivation, poorer health and wellbeing among LGB people, and a disproportionate share of caring responsibilities among women.

Some factors, such as confidence in police and general health have seen slight improvements since 2012, but the gap between the worst and better off remains significant.

The report is based on the Scottish Crime and Justice Survey (SCJS), Scottish Household Survey (SHS), and the Scottish Health Survey (SHeS) of 2016, and makes use of the the Scottish Index of Multiple Deprivation, which ranks areas of Scotland from the most deprived to the least deprived based on a series of indicators, the analysis also underlines a continuing disparity in outcomes between those who live in the poorest areas and those in better off communities.

CommonSpace takes a look at the data and breaks down the key points.

Using a mental wellbeing scoring index, the analysis shows that people score gradually higher the less deprived the area they live in. Those in the most deprived fifth score 23.5 per cent on average, compared to 24.8 per cent among those in the least deprived households.

Mental wellbeing has got marginally worse since 2012 across all levels of deprivation except for in the least deprived households, where it has remained the same.

Potentially impacting on health differences, the likelihood of smoking also increases steadily and significantly as the level of deprivation increases. 32.3 per cent in the most deprived households smoke, compared with 9.5 per cent in the least deprived.

However, all areas have seen a drop in the rate of smoking, and the most deprived households have had the greatest reduction at 6.2 per cent.

Therefore some improvements in addressing class inequalities in physical and mental health can be identified, but poverty remains a strong indicator of differences in health and wellbeing.

2) Class divisions are clear in attitudes towards the police

Confidence in police across a series of outcomes – preventing crime, responding quickly to appropriate information from the public, dealing with incidents as they occur, investigating incidents after they occur, solving crimes and catching criminals – is consistently lower for more deprived areas, revealing a class divide.

Therefore the class divisions in this respect are shrinking not growing, albeit quite slowly.

One of the indicators of deprivation is the rate of domestic house breaking, drug offences, common assault, crimes of violence, vandalism, sexual offences, so by definition, the most deprived areas will be the areas with the highest crime rates.

Following from this, people in the most deprived areas are twice as likely to have a long-term condition as those in the least deprived at 34.9 per cent compared to 15.8 per cent when standardised for age differences.

The proportion of people with long-term conditions has increased slightly in all areas since 2012, except for in the most deprived fifth of households where it has reduced by 1.1 per cent. That being said, this figure is worse than in 2015.

This reflects other research and data on the experiences of people with disabilities, such as recent Scottish Government statistics which showed that, for the period 2014-17, 24 per cent of families with a disabled person were living in relative poverty after housing costs compared to 16 per cent of families without. Campaign organisations such as Disability Rights UK have linked this to a need to provide more affordable housing, a better social security system, and support for people with disabilities to retain jobs.

4) Ethnicity and religion has an effect on deprivation and wellbeing

Polish people are also particularly likely to live in deprived areas, with 62.2 per cent living in the 40 per cent most deprived households compared to 41 per cent of White Scottish people, 35.7 per cent of Asian people, and 23.2 per cent of other White British people.

Just over half of people in the ‘all other ethnic groups’ category – which includes those who identify as African, Black, Caribbean Mixed, Arab or ‘other’ – live in the 40 per cent most deprived areas.

All ethnic groups have seen a drop in their mental wellbeing scores, with Polish people seeing by far the biggest drop of 1.5 per cent since 2015.

Muslim people had the lowest mental wellbeing score of religious groups at 23.6 per cent when accounting for age differences, compared to 24.3 per cent for Roman Catholic people, 24.5 per cent for Church of Scotland and 24.1 per cent of people with no or ‘other’ religions.

Muslim people also had particularly low self-ratings of health when standardised for age differences, with just 56.6 per cent rating their health as “good” or “very good”, compared to 71.5 per cent of Roman Catholics, 74.8 per cent of Church of Scotland, and 72.8 per cent of those with no religion.

Just 64 per cent of lesbian, gay and bisexual (LGB) people reported good or very good general health compared with 73.8 per cent of straight people after standardising for age differences.

Long-term limiting conditions were more common among LGB people – when accounting for age differences, 32.5 per cent had a condition, compared with 23.8 per cent of straight people.This group was significantly more likely to smoke, with 29.2 per cent compared to 19.2 per cent.

LGB people also scored lower on the mental wellbeing index with 23.5 per cent, compared to 24.4 per cent among straight people.

This is despite the fact that there is no significant difference in likelihood to live in a deprived area between LGB and straight people, suggesting that other factors are at play.

This mirrors the research findings of LGBT organisations such as LGBT Youth Scotland, which indicated earlier this year that 84 per cent of LGBT young people said they had experienced mental health problems. 43 per cent said they had self-harmed and 50 per cent had experienced suicidal thoughts or behaviours. The research links this to experiences of bullying and discrimination, particularly in education.

Nearly one in five adult women reported that they provide unpaid care, compared to 14 per cent of men.

Prior research into the impact of caring has indicated a financial and mental toll on unpaid carers. For example, Carers Trust found in 2015 that, across the UK, 48 per cent of carers said they struggled to ‘make ends meet’ as a result of their caring responsibilities, while 45 per cent of young adult carers and 68.8 per cent of older carers said being a carer had negatively impacted on their mental health.