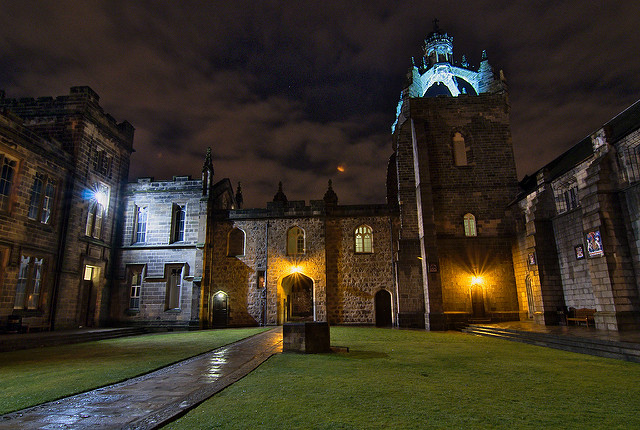 THE UNIVERSITY of Aberdeen has come under fire from senior staff over alleged ‘racial bias’ in its handling of a “restructuring procedure” designed to save money by cutting or shifting around staff.

The university management began the restructure which targeted specific subject areas for disinvestment back in 2016 and have since claimed the process has been completed successfully through voluntary severance or redeployment into other roles.

However, a number of East Asian staff targeted by the restructure have raised concerns that the disproportionate impact on ethnic minorities indicates racial bias, while remaining staff have said a “culture of fear” is quashing public dissent over the issue.

“If restructuring was conducted in a fair manner, why did so many ethnic minorities hear that they failed the assessment mechanism?” This is the question that Dr. Masaru Nakamoto, who remains in dispute with the university over the loss of his job and access to his ongoing research, wants to see answered.

“My colleagues and I would like to save our academic career, and the university has not treated us well or with transparency. They didn’t answer our concerns about racial bias. Now we want to hold them to account,” he said.

This last man standing is Dr. Nakamoto, senior lecturer in cell and developmental biology at the University of Aberdeen’s Institute of Medical Sciences from July 2006 to January 2018. In January 2017, Nakamoto was demoted to a one-year fixed-term, lower grade post which was not renewed, and lost access to two research grants.

Nakamoto was told he could not continue working on his research projects, a move which he considers as infringing on “academic freedom”.

He believes that the narrow areas selected for disinvestment – some of which included only one individual – the high prevalence of East Asian staff members within these areas, and the lesser opportunities offered to these individuals to remain within the university are indicative of racial bias.

“Throughout the restructuring procedure and its aftermaths, I was deeply shocked by the desperate gap in mentality and sensitiveness about racial discrimination between the senior management of this university and that of other academic institutions where I had worked before,” he said.

“Whether the disproportionately high numbers of East Asians would legally constitute institutional discrimination is one thing. To me, however, it is even more appalling that the management team of the university seems indifferent to our concerns about ethnic equality at the university.”

Whilst insisting that the restructuring process had been conducted fairly based on an assessment of the work produced in each of these areas of study, the university confirmed in January 2017 that it would conduct a review into any barriers faced by ethnic minorities at the university. Recently, the university concluded that it identified no such barriers.

“There are bigger questions about how ethnic minority staff are best utilised by the university.” Senior academic at University of Aberdeen

However, Nakamoto is not alone in feeling that concerns around the disproportionate impact on ethnic minority staff of the restructuring have not been taken sufficiently seriously by the university.

Professor Stefan Hoppler at Aberdeen University’s Institute of Medical Sciences told CommonSpace that while he wouldn’t use the word “racial”, he perceived what had happened as “ethnic targeting” as he feared that the affected individuals’ different cultural upbringing had “went against them”.

Hoppler said he had noticed the trend immediately when he looked at the list of targeted areas and the people within them, thinking to himself “hang on, hang on, they’re going for my Japanese colleagues”.

“Some of these targeted people were offered deals – my view was that my Japanese colleagues were offered the worst deals,” he added.

Hoppler said that, in his view, there were only three explanations for the trend: “One is that there was a racial bias in setting up this assessment; or, they did a good job assessing but that they had set up a system where these ethnic groups were less likely to succeed, which means the racial bias didn’t  happen in July 2016 but earlier; or, three, these ethnic groups are less able to succeed.”

Given that Hoppler cannot accept that the third option is true, he said that the university must “own up that mistakes have been made” on its part.

Thus far, he said, the university has been unwilling to accept any such criticism, even telling staff that use of the word “redundancy” is “inappropriate language”, and that “voluntary severance” and “early retirement” should be used instead.

“Most of us don’t believe the spin, yet that is the official policy,” he said.

Two other lecturers from the university told CommonSpace that they shared these concerns, but wished to remain anonymous. One, a senior academic, using the pseudonym David Michaels, said: “There are a number of colleagues who have anxieties with what has developed but are uncomfortable about the ramifications of making these comments publicly.”

While concerns about racial bias were raised by staff representatives at the university Senate, Michaels said that “the Head of School made it very clear that they should not do that, so there is a culture of fear”.

Michaels said one of the biggest problems had been a lack of transparency about how the decisions of which areas to disinvest from were arrived at. “Despite protestations by the Head of School and Principal that they would provide this information, they have yet to do this,” he said.

It was this absence of transparency, he said, which fuelled the perception that racial bias was involved – a perception he said the university should certainly take seriously.

“I’m not sure about Race Relations law, but I thought a significant element in it was the perception of the individual,” he said.

Michaels added that “there are bigger questions about how ethnic minority staff are best utilised by the university,” echoing Hoppler’s view that the disadvantage might have started before the restructuring process.

One of the concerns which Nakamoto has raised is that ethnic minorities are under-represented in senior decision-making positions at the University, be that in the role of professors, on committees, as line managers, or in the university’s senior management team.

A conciliation process which ended earlier this month failed to reach an agreement between Nakamoto and the university. Negotiations are continuing, while an employment tribunal may be Nakamoto’s final chance to gain what he views as a fair outcome.

“The university treats all its staff fairly and appropriately to provide equality of opportunity.” University of Aberdeen spokesperson

Responding to the claims, a University of Aberdeen spokesperson told CommonSpace: “The university treats all its staff fairly and appropriately to provide equality of opportunity.

“When considering any process that is likely to impact on staff we ensure that any action taken is evidence-based, and dealt with in a proportionate, sympathetic and supportive manner, consistent with best practice and ACAS guidance.

“In any circumstances that result in a change to the university’s structure we seek to learn lessons and make recommendations where appropriate.

“A robust and rigorous review was carried out following a restructuring exercise in the university’s School of Medicine, Medical Sciences and Nutrition, which in light of concerns raised by staff members, included consideration of whether there were barriers in the workplace faced by members of University staff from ethnic minority backgrounds.  No such barriers were identified.

“As a responsible employer we continuously review and further develop practices that support staff through the university’s normal committee systems and staff management processes.

“It would be inappropriate for the university to make comment in regard to any individual case, particularly where the matter is subject to the jurisdiction of the Employment Tribunal system.”

Rector of the University of Aberdeen and co-convener of the Scottish Green Party Maggie Chapman did not respond to a request for comment by time of publication.

UCU Aberdeen had not responded to a request for comment by time of publication.