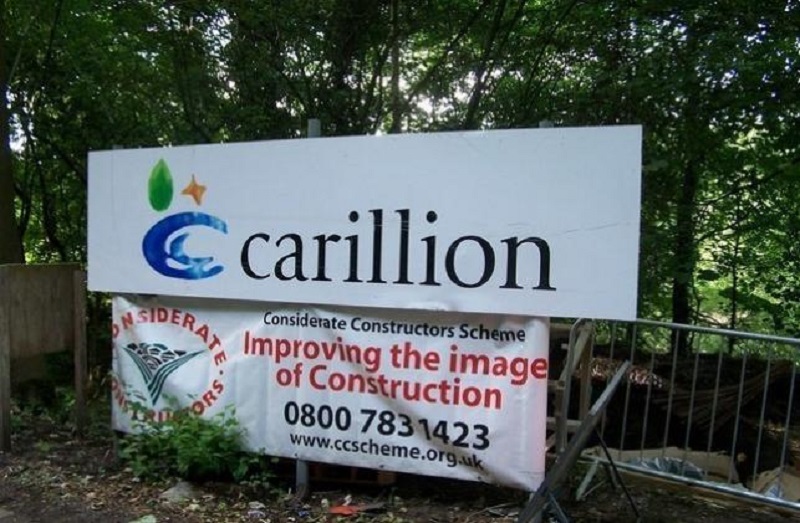 The SNP sudent wing has redoubled their calls for SNP members to back a national infastructure company after it was revealed the collapse of outsourcing firm Carillion would cost the taxpayer £148mn.

THE COLLAPSE of private finance giant Carillion is expected to cost the UK taxpayer some £148m according to a new report by the National Audit Office [NAO], leading for fresh calls for SNP members to back a publicly owned national infastructure company at their conference in Aberdeen this weekend.

A report into the government’s handling of the collapse has estimated it could cost the taxpayer £148m, but stressed that the true cost and its impact on the wider economy may not be fully understood for a number of years.

Through deals such as the Private Finance Initiative [PFI], or the Scottish Government’s so-called Non-Profit Distribution Model, the company dominated the industry, making sometimes five or six times more from taxpayer funded debt repayments than the build cost.

READ MORE – Explainer: What you need to know about Carillion

The NAO said Carillion had 420 public sector contracts at the time of liquidation, and as well as direct costs to the taxpayer the collapse has had a significant impact on the supply chain, with smaller companies which were subcontracted by Carillion also being forced into liquidation.

The report highlights that Carillion creditors, such as small companies who worked for the firm but had outstanding payment due, were unlikely to ever recover their investment. Pension debts totalling £2.6bn will also have to be met from the Pension Protection Fund.

The NAO investigation comes as SNP party members head to their bi-annual conference in Aberdeen, where they will be asked to vote for a policy proposal which the supports the creation of a Scottish National Infrastructure Company [SNIC].

Based on a model proposed by the think-tank Common Weal, a SNIC would replace private companies like Carillion and bring the delivery of public infrastructure projects like the building of schools and hospitals back in house.

The proposal is being support by the SNP’s student wing, with communications officer Scott Blair saying he was shocked at the reports revelations: “It is unacceptable that to bail out a private business that holds such important public contracts will cost this much and that so much risk was taken in the first place.

“This is especially troubling with the risk this puts many worker’s pensions in, a group that should have priority in any government support of this bailout.

“This also highlights why we need a Scottish National Infrastructure Company. So we can remove the risk that come from privately owned companies and add public accountability to projects, therefore creating a public-public partnership which doesn’t work for private interests but for the public good.”

Read More: No more Carillions: how a new national company could lay groundwork for independence

A letter published in The National today [7 June] by a coalition of organisations including Common Weal, STUC, New Economics Foundation and Businesss for Scotland addressed to economy minister Keith Brown called on the Scottish Government to back the Scottish National Infrastructure Company.

Responding to the NAO report, the Labour’s shadow cabinet office minister said it would seek to bring projects back into public control at a UK level: “The Government’s dogmatic commitment to the failed outsourcing ideology blinded it to the large risks. The Tories were more concerned about the commercial interests of big business than protecting taxpayers’ money or public services.

“The Tories pretend it is the bosses who will pay the price, but with 2340 jobs lost and the public footing at least a £148million bill that is clearly not the case.

“In Government, Labour would end this racket, and would introduce a presumption in favour of bringing contracts back in house.”

Common Weal’s head of policy and research, Dr Craig Dalzell said a SNIC could replace the failed Carillion model: “Scotland has the change to lead the way on this by establishing a Scottish National Infrastructure Company which could work with the upcoming Scottish National Investment Bank to revolutionise the way we approach public infrastructure in this country. I would highly encourage attendees at the SNP conference on Friday to look out for the motion to support the establishment of an infrastructure company to replace the failed privatised model.”

The SNP MP Tommy Sheppard was also critical of the UK Government’s handling of Carillion, in a statement to CommonSpace he said: ”The damning conclusion of this report is that the UK Government has not done enough to ensure that this does not happen again. Not only is this going to be a hit on the taxpayer it made thousands of Carillion workers redundant.”

The NAO said that over 11,000 workers were affected by the collapse, with 2,332 made redunant, something Sheppard said company bosses should be held responsible for: ”It was this UK Government who continued to give contracts out, not the employees, and clearly the NAO message is that the UK government needs to go further to ensure this is not repeated

”It was clear from the start that effective governance was lacking at Carillion. The relaxation of clawback conditions for executive bonuses in 2016 were wrong, and it’s about time top managers were penalised rather than rewarded if the organisations that they are responsible for go bust on their watch.”