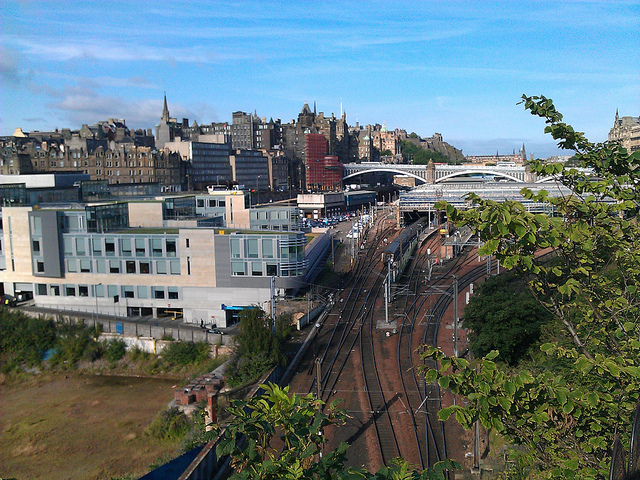 CITY OF EDINBURGH Council is one of at least ten local authorities across the UK which have utilised a mechanism by which international accounting standards can be waived in order to pass its budget for three financial years in a row, CommonSpace can reveal.

The use of a ‘statutory override’, which in the case of Edinburgh Council was authorised by the Scottish Government, was described by Joel Benjamin of Research for Action, which has been conducting research into local government finances, as: “A get out of jail free card for auditors and Government desperate to avoid the prospect of further bankruptcies of debt laden town halls on their watch.”

A statutory override is a legal mechanism, enacted by government, in which the annual accounts of local authorities can waive compliance with International Financial Reporting Standards (IFRS9) for five years.

Statutory overrides have been used in local authorities which have controversial ‘inverse floater’ Lender Option Borrower Option (Lobo) loans, which Councils have signed with the majority state-owned bank RBS. Inverse floater Lobos start with low ‘teaser’ rates but the loans contain ‘break clauses’ which can allow banks to ramp up the rates to sometimes as high as 7 or 8 per cent, significantly higher than the cost of borrowing from the UK Government’s Public Works Loan Board (PWLB). This is sometimes tied to market movements, such as the Libor rate, which several banks were fined for rigging following an international scandal.

The most recent updates to IFRS (IFRS9), published in April last year, mean the ‘fair value’ (breakage fee) of loans now has to count on local authority balance sheets. The effect to this for Lobo loans is that Councils should now hold in reserve the cost of the break-clause – the amount it costs to exit the contract early. While break clauses for PWLB loans tend to be around about 38 per cent of the cost of the loan, for Lobo loans the average is above 90 per cent, and for ‘inverse floater’ Lobo loans, it’s closer to 200 per cent.

The ‘fair value’ of City of Edinburgh Council’s four Lobo loans is valued at £94.3 million by Research for Action.

CommonSpace has seen internal government documents discussing their concerns about the treatment of ‘Lobos’ on Council balance sheets, and the danger of Councils no longer being “going concerns” without use of a statutory override. i.e. declared bankrupt, like in the case of Northamptonshire Council last year.

One of the documents, from the Local Government Technical Leads Network on 17 November 2016, which included the ‘big four’ accountancy auditor firms, assessed the risk from Lobo loans at the highest possible level.

Since 2015/16, local residents in 40 local authority areas across the UK have raised objections about Councils use of Lobos, leading to the National Audit Office (NAO) convening regular meetings since 2016 under the auspices of a Local Authority Audit Panel (LAAP), as the “objection process had unearthed a significant issue” and a “collective blindspot” in the accountancy Code’s rules, according to the NAO in the minutes of one LAAP meeting seen by CommonSpace.

One email chain on the treatment of Lobos between CIPFA members of staff and local authorities highlighted one Council view that the Lobo loans should be treated in the same way to standard loans as to do otherwise would be to prioritise “form over content”, meaning that the Council view was that the re-payment of Lobo loans was not too dissimilar to that of other loans, and thus would “appreciate CIPFA’s help in steering auditors towards the bigger picture”.

But a CIPFA staff member pushed back on this, stating that while he understood that view: “I fear there may be an argument at some point which will run that, if Councils are different to commercial organisations to the extent that international and UK accounting standards put public services at risk, then should public bodies take the risk of using corporate sector financial instruments? These accounting risks do not occur with PWLB etc.”

The minutes of an 18 July LAAP meeting warned of a “nightmare scenario” where council’s financial reserves are “wiped out” and “where the auditor and public body disagreed on the accounting treatment”.

Asked why a statutory override had been used, Edinburgh Council responded: “The purpose of the statutory mitigation issued by the Scottish Government is to continue the previous proper accounting practice.”

The Council added that they had taken guidance from a Scottish Government Finance Circular in July last year, which reiterated the latest updates of the CIPFA/LASAAC Code. These included allowing for a “statutory adjustment’ earn “borrowing where the loan is a stepped interest rate loan.”

However, the Scottish Government appeared to distance themselves from the Council’s statutory override when contacted by CommonSpace, stating that they had “not issued any statutory guidance for investment gains and losses arising from implementation of IFRS 9”.

READ MORE: Fanny Malinen: Here are the debts we shouldn’t pay and why

The Scottish Government added that it was the responsibility of auditors to ensure local authorities complied with the CIPFA/LASAAC code of practice on local authority accounting in the UK.

The CIPFA/LASAAC board includes an observer from the Scottish Government, while Audit Scotland and Edinburgh City Council have representatives on the board. The board is chaired by Lynn Pamment, who works for PwC, one of the ‘big four’ accountancy firms in the UK. Updates to the code are agreed with the Local Authority (Scotland) Accounts Advisory Committee (LASAAC) before being signed off.

The auditor, Audit Scotland, told CommonSpace that they had not identified any risks in Edinburgh City Council regarding the use of Lobos, despite the high risk rating Lobos had been given by the Local Government Technical Leads Network.

An Audit Scotland spokesperson said: “Decisions on loan finances are a matter for individual councils and are made based on circumstances at the time. Auditors of local authorities are concerned with considering the financial risks to a council from such decisions, and whether the council reports on them in line with proper accounting standards in their accounts.

“Where an auditor identifies risks, including to value for money, they will carry out additional work and report their conclusions in their annual audit reports. The auditors of City of Edinburgh Council… did not report any value for money concerns regarding the use of Lobos in their 2017/18 Annual Audit reports.”

Commenting on the response of the local authority, Scottish Government and Audit Scotland, Benjamin said that public institutions were seeking to avoid responsibility in a game of “regulatory football”.

He said: “With inverse floater LOBOs, RBS has unleashed a smash and grab operation to bankrupt town councils, and we now appear to be witnessing a game of regulatory football, where no one in power is prepared to take responsibility for what has gone on.

“Councils are paying close to 8 per cent interest on millions of pounds of loans, when they could be paying less than 2 per cent had they borrowed from Government’s PWLB on floating rate terms. For Audit Scotland to claim they see no value for money issues with LOBOs is an outrage, when analysis shows these same loans will cost councils an extra £16bn over the next 30 years, compared to PWLB terms.

“The only possible explanation is that standards in public audit have now fallen to levels seen in the private sector or suffer from the same type of ethical drift more commonly seen in too big to fail banks like RBS.”

Tuesday [11 March] was the final day local authorities across the UK could finalise their budgets for 2019/20. Councils face historic financial pressures after years of local government austerity.

In November, CommonSpace reported that Scotland’s three largest councils – Edinburgh, Glasgow and Fife – could save over £1 billion by re-financing Lobos. City of Edinburgh Council could save £298 million, on an original loan of £281 million.

Research for Action found that if the Councils followed the example of Kent and Northamptonshire Council and agreed re-financing plans with the relevant banks, the cash-strapped local authorities could make significant savings.

RBS indicated last October that it was open to refinancing deals with local councils, after signing an agreement with Kent County Council which took out £60 million worth of Lobo loans between 2008-2011.

CommonSpace understands that every local authority in England which has ‘inverse floater’ Lobo loans with RBS is either in the process of refinancing them, has already done so, or – in the case of Newham Council – is suing the bank over the loans.

CommonSpace contacted the International Accounting Standards Board, which is responsible for IFRS9, for comment on the use of statutory overrides in by Edinburgh Council, but received no response at the time of publication.

UPDATE: An earlier version of this article originally suggested that North Lanarkshire Council had used statutory overrides. A spokesperson for North Lanarkshire Council has since told CommonSpace: “The council has not made any specific requests for statutory mitigation over and above those already contained with legislation and reflected in the CIPFA / LASAAC Code of Practice on Local Authority Accounting in the United Kingdom.”