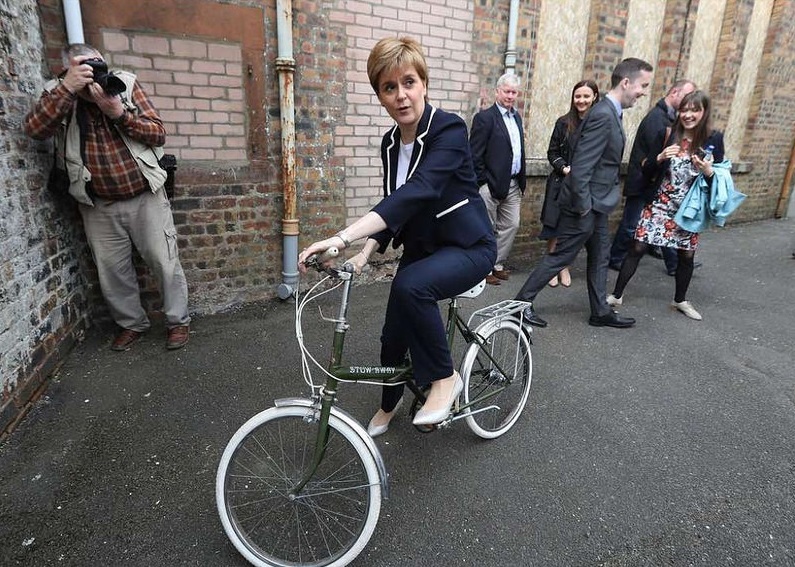 THE final report of the Growth Commission contains no plan for introducing a Scottish currency, arguing for an independent Scotland to use the UK pound until the government “seeks to do something differently”.

CommonSpace has received a leaked copy of the final report of the SNP’s commission on the economics of independence, which is set to be published later today [25 May] by Nicola Sturgeon.

Led by Andrew Wilson, a former SNP MSP and current head of the corporate lobbying firm Charlotte Street Partners, the report argues that “what happens with respect to currency the day before an independence vote would happen the day after and continue to happen until such time as the elected Scottish Government seeks to do something differently”.

The report does recommend putting in place “the arrangements and financial infrastructure that would support a move to an independent Scottish currency at such time as this was considered appropriate for the Scottish economy”. Appropriateness was defined by six key tests which, if passed, could allow the government to move to a Scottish currency “at some future date”.

Commonly known as Sterlingisation, the policy would mean an independent Scotland would be using pound sterling without any formal agreement with the Bank of England, meaning its monetary policy would be controlled by London.

Advocates say it would mean frictionless cross-border trade with the rest of the UK, Scotland’s largest trading partner, but the move would be an experiment, only being adopted voluntarily by Panama and El Salvador (in those cases utilising the US dollar). Zimbabwe and Ecuador adopted the dollar after their currencies collapsed.

Other key points include:

The commission lays out six tests that it thinks would need to be passed before an independent Scotland moved to a Scottish currency:

Welcoming the report, First Minister Nicola Sturgeon said it gave Scotland a chance to look at its economic future with optimism: “Scotland has strong foundations in business, in innovation and in our talented workforce – but we need to maximise our strengths to match the economic performance of successful independent nations of comparable size.

“The report of the Growth Commission does not shy away from Scotland’s challenges – instead it looks at how we can address these challenges positively and in line with our core values as a nation.

“It is not a report about the timing of a referendum – rather, it focuses on the ‘why’ of independence and how we can use the powers it will deliver to build a stronger economy and a fairer society.

“In so doing, it heralds the start of a debate based on hope and ambition about the future of the country, rather than on the despair of Brexit.”

The SNP announced that over the summer a series of “national assemblies” would be held for SNP members to debate the report ahead of the party’s October conference.

However, Richard Murphy, professor of practice in international political economy at City University of London, who wrote his own white paper on a future independent Scotland’s tax system, read the final report and was scathing in his assessment, saying that it was “a disaster for independence” because of its plans for sterlingisation and deficit and debt policies.

“The Scottish Growth Commission has proved to be a fantastic policy agent for the financial elite. But for those who hoped for a bright independent future it offers nothing but despair,” Murphy said.

Introducing the report, Wilson said: “We know that not every detail will win the immediate support of all sides in the debate or even of everyone who already supports independence.

“That is inevitable and is not something we have shied away from. A point that was perhaps not always fully grasped in 2014 is that choosing independence does not mean signing up to every detail of a specific future policy prospectus in advance.

“However, I think the report represents, for the first time, a systemic consideration of every part of the economic prospectus and seeks to connect major choices on matters on currency, public finances and, of course, economic growth. In doing so we judge that it represents the best possible route to achieving a sustainably successful economy and cohesive society.”

The SNP is expected to make the full details of the report public later today [Friday].