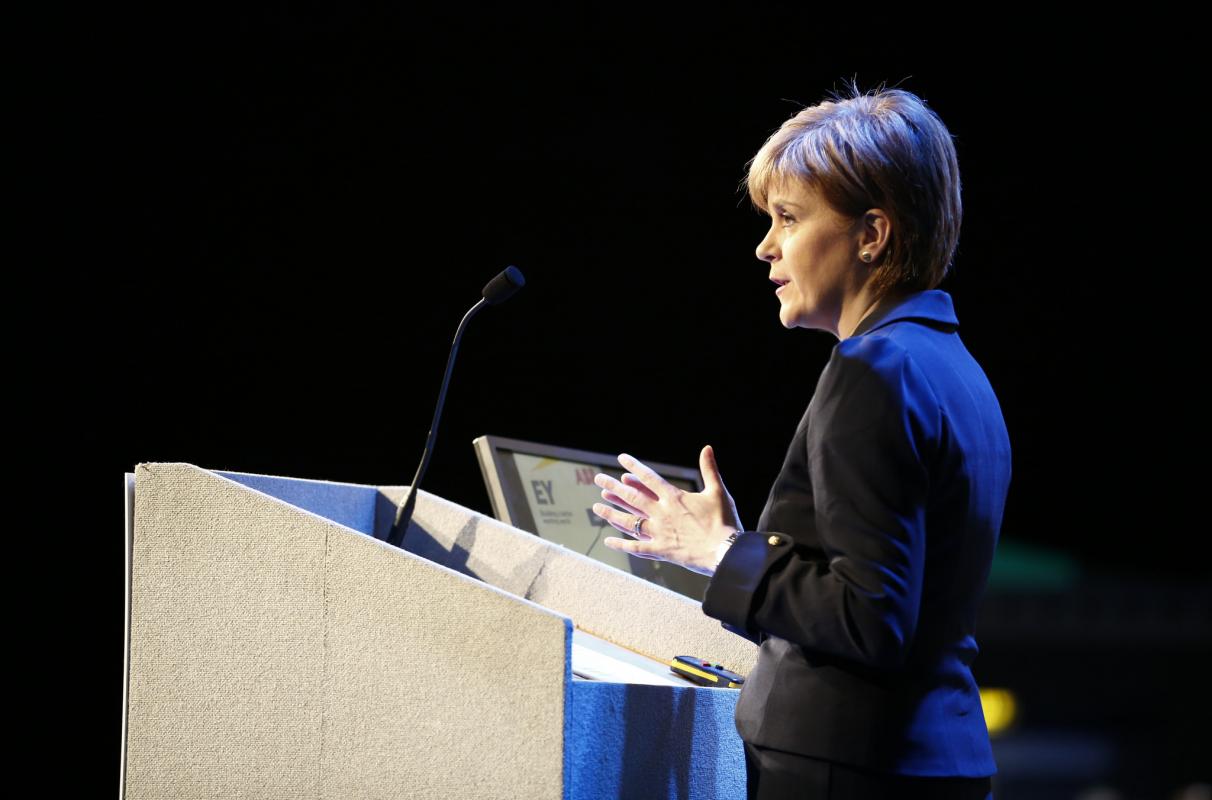 It is not clear whether a vote will be taken on the Growth Commission, which will not be discussed at the October conference, at the party’s spring conference next year following debate at SNP national assemblies

COMMONSPACE can reveal the resolution which would have forced an SNP conference debate on Scotland’s post-independence currency options at the upcoming party conference in October, but which was rejected by the party’s Standing Order and Agenda Committee (SOAC).

The resolution, from Perth St Johnstoun Branch, called for measures to prepare for the establishment of an independent currency from “day one” of Scottish independence, or within three years of that day, and would have allowed the conference to debate one of the key items of the SNP Growth Commission report, which proposed operating with pound sterling without any formal underpinning by the Bank of England for at least 10 years.

The motion, which was proposed by branch member Ian Massie, reads: “Conference believes that only independence will give the Scottish Parliament and the Scottish Government the necessary powers to manage the economy and financial system for the benefit of all the people of Scotland;

“Conference believes that the establishment of an independent currency is essential to provide the full economic policy levers for a successful independent country and notes that in comparable cases, the optimal timescale for introducing a new currency has been achieved within three years;

“Conference therefore proposes that a future Scottish Government should commit to a process which establishes an independent Scottish currency in time for independence day or within three years of a vote in favour of independence.”

CommonSpace understands that several motions addressing areas of the Growth Commission report were submitted, however none appear in the conference provisional agenda, which CommonSpace has seen.

It contains a “long list” of 32 potential resolutions, which is still to be reduced to a shorter list by SOAC, before being put to the conference from 7 to 9 of October at the SEC in Glasgow.

The long list includes many resolutions calling on the UK Government to act on a policy area or to devolve powers to Holyrood, or which call upon the Scottish Government to investigate, research or promote measures.

Speaking to CommonSpace about the contents of the provisional agenda, Common Weal director Robin McAlpine said: “The lack of any sense of urgency on preparing for an independence campaign is a cause for real concern. The unpopular Growth Commission will now be hanging in the air without proper debate for another six months and recovering from that will just become harder. This really is starting to look like paralysis and the independence movement deserves better than this.”

Speaking of his own frustration that his resolution was not accepted by SOAC, Massie said: “I’m disappointed the currency has not been given the opportunity  for debate at the conference.

“During the 2014 referendum the questions on currency were never fully answered. Will we use the pound, can we use the pound, what about the Euro? The whole debate was very muddled. We need to stop this ‘will we won’t we can we’ debate and have a clear plan put in place. That is why I believe we should have a single answer about currency – an independent currency underpinned by a central bank.”

The SNP Growth Commission report, which caused controversy for proposing Scotland keep the pound for a lengthy transition period following independence, and abandon key powers over how the currency and economy are managed, will be debated at a meeting in Ayr, Aviemore and Edinburgh in coming months.

It is unclear whether a vote will be taken on the substance of the Growth Commission at the party’s 2019 Spring conference.

The SNP have maintained that ideas voiced at the three forums would be “presented to National Council in December or our Spring Conference in 2019.”

Asked by CommonSpace if this could mean SNP conference would never get the chance to debate the ideas in the Growth Commission, an SNP spokesperson said: “We are holding three major events this autumn to discuss the growth commission report in detail. Any big debates that may arise from these will be discussed at our Spring Conference in 2019.”

Previous SNP conferences have experienced controversies over SOAC’s removal of contentious policy proposals from the agenda.

In 2016 party members called for reforms to a “self congratulatory” and “complacent” conference culture and to the SOAC vetting procedure, which some members complained had previously suppressed debates over fracking and land reform among other policy areas.

The publication of the Growth Commission report, led by corporate lobbyist Andrew Wilson, has been met with widespread debate within the independence movement. Both the Institute for Fiscal Studies and Common Weal have described it as an austerity agenda, a claim the SNP refutes.