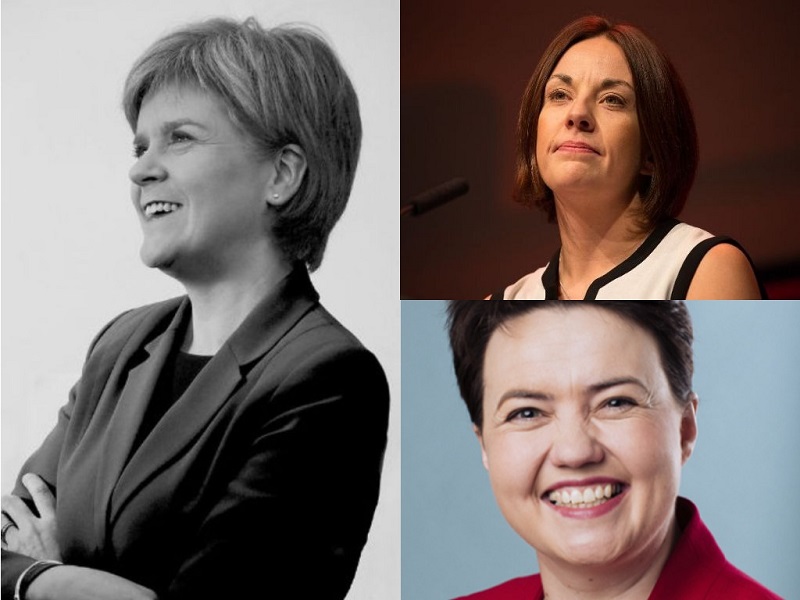 RESEARCH by CommonSpace into the level and nature of abuse directed to Scots politicians online has revealed the daily reality of online campaigns of abuse which is often misogynistic, racist and homophobic.

Speaking as part of Amnesty’s #ToxicTwitter campaign, Sturgeon said she was concerned that the online culture would prevent other young women from getting involved in politics.

Amnesty said it has documented how women of colour, women from ethnic or religious minorities, LGBTI women, non-binary individuals and women with disabilities, are targeted with specific abuse against their identities.

Using advanced Twitter searches, CommonSpace was able to see a trend in abuse which was often gendered or racially charged towards the intended victim. We’ve reproduced only a selection of what we’ve found – posted between 2015 and the present day – and we’ve blocked out the account names involved to ensure we don’t give any undue publicity to those responsible. We have also alerted Police Scotland to our findings.

By searching for a public figures name and common terms of abuse, it was clear that the most serious abuse was received by women in public life, and while men did occasionally receive hate online it was usually of a less sinister nature. 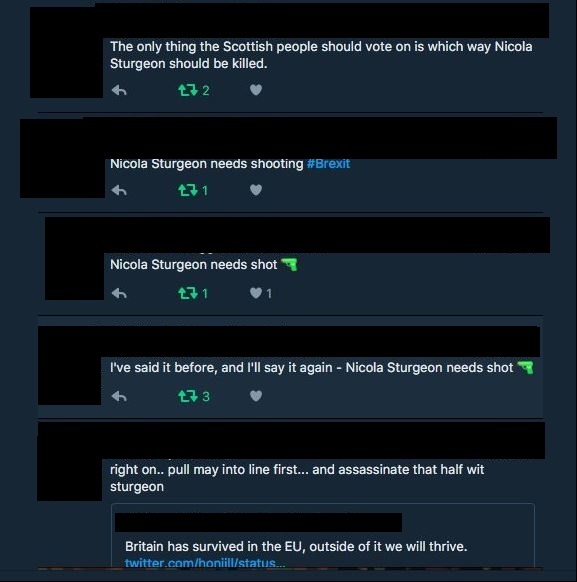 Tweeting about the first minister, one Twitter user said he hoped Sturgeon would be “assassinated”, another said: “I’m not really an advocate for violence, but I’d make an acceptation [sic] for Nicola Sturgeon. I’d love to roundhouse the dour wee bitch.”

Those men who did receive more sinister abuse often had other aspects of their identity attacked – in line with Amnesty’s findings – such as SNP MSP Humza Yousaf.

One user, referring to a criminal complaint Yousaf made against another person, said: “Paki politician Humza Yousaf gets someone convicted of a crime for telling him ‘You’re not from my country’.” 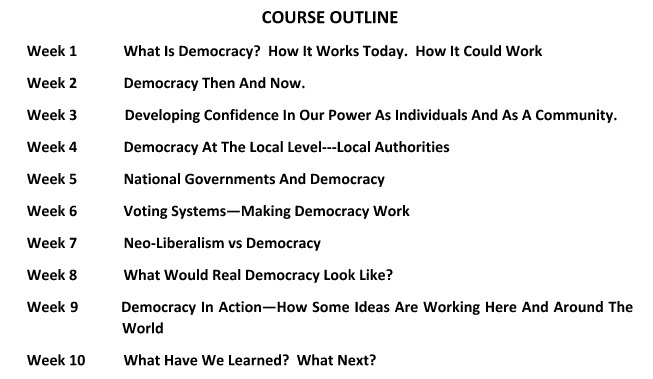 Responding to a photo of Davidson stood with a group of men, one user wrote: “What is that dyke @RuthDavidsonMSP doing with all those men? Trying to make her wife jealous?” 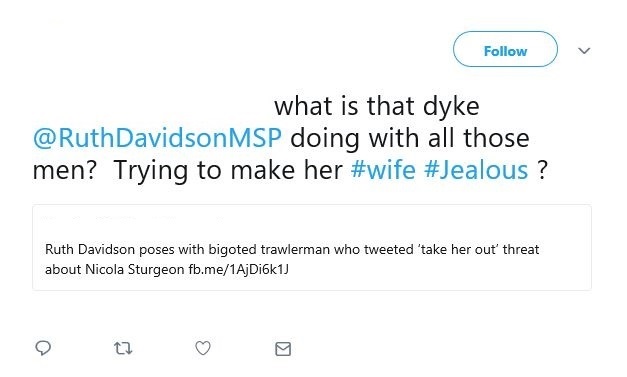 Speaking about the homophobia she experiences online, Davidson said: “I’m openly gay and particularly when I started, there was a lot of homophobic abuse.

“I have a lot of young gay followers on my Twitter platform, and for me, it’s always been quite important to call that out. Every now and again I’ll retweet or push back on some of the homophobic abuse because I think it’s important that people see that that sort of language is not acceptable – you don’t have to take it.”

In a Westminster speech earlier in March, MP Mhairi Black revealed the “horrendous” abuse which she is often subjected too, which she believes is gendered, with regular threats or suggestions about sexual violence.

Referring to Black, one user tweeted: “That Mhairi Black is just a dirty scheme goblin who work in a chippie, now she’s a politician…”

Kezia Dugdale, the former leader of Scottish Labour who is in a relationship with the SNP MSP Jenny Gilruth, also received targeted harassment, and revealed in the Amnesty campaign that she has made three reports to the police in six years after receiving death threats.

CommonSpace found the Lothians MSP was also commonly targetted with sexualised abuse, in a tweet thread one user said, “You are choking to pump Dugdale,” with another responding: “Widnae touch that traitor cunt.” Dugdale’s fellow Labour MSP Jackie Baillie is also a common recipient of online campaigns of abuse. 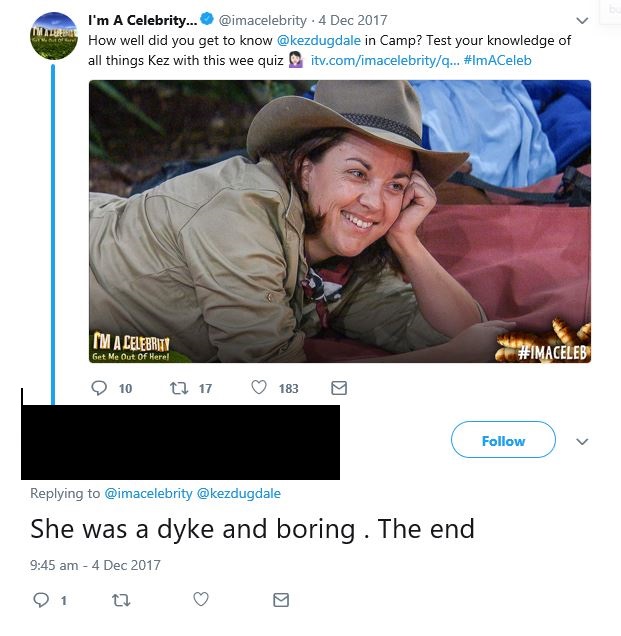 Speaking as part of the Amnesty campaign, Dugdale said she was concerned for the future direction of politics: “If a politician has to wear robotic armoury so that stuff like that doesn’t get under their skin what’s the price of having that armoury on? The ability to feel? To understand emotion? I think that’s really worrying for the future direction of our politics.”

Responding to the Amnesty campaign. Twitter released a statement saying it “cannot delete hatred and prejudice from society”, and explained it had made more than 30 changes to its platform in the past 16 months to improve safety, including increasing the instances of action it takes on abusive tweets.

The company also repeated its long term refusal to share data on how it addresses reports of abuse.

“I thought once everybody could speak freely and exchange information and ideas, the world is automatically going to be a better place.” Evan Williams, Twitter co-founder

In an interview with the New York Times last year, Twitter’s co-founder Evan Williams said he thought the internet was “broken” because of trolls, cyber bullies and fake news.

“I thought once everybody could speak freely and exchange information and ideas, the world is automatically going to be a better place,” Williams said, adding, “I was wrong about that.”