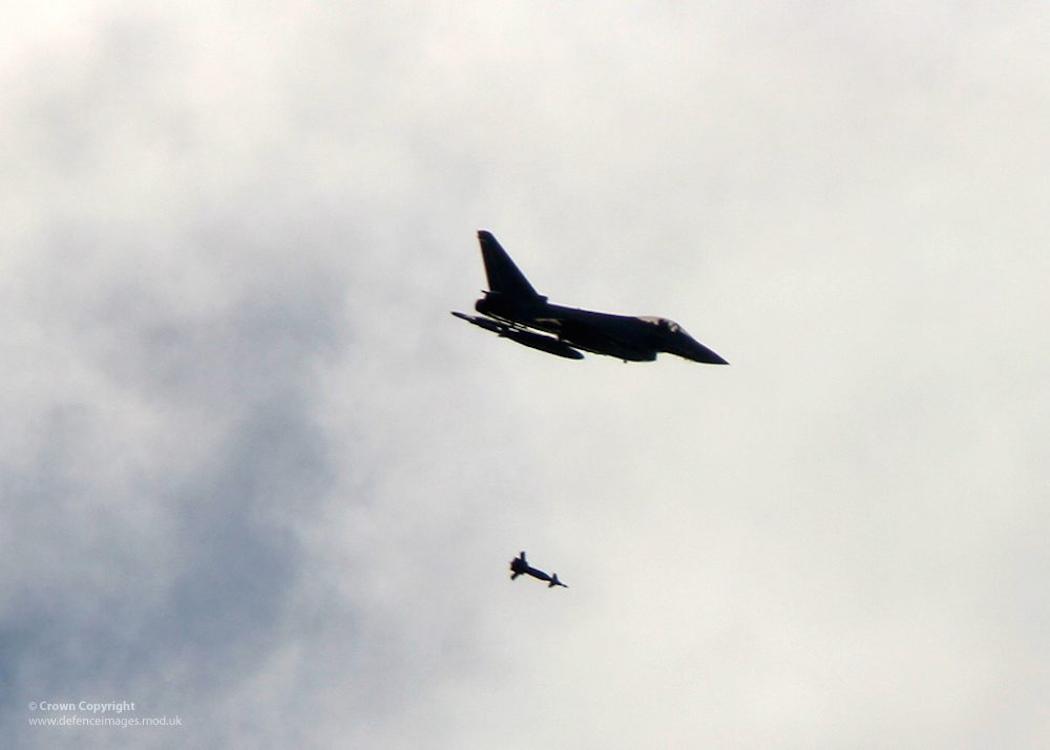 THE UK MILITARY is struggling to explain the consequences of its ongoing bombing campaign across Syria and Iraq, CommonSpace can reveal.

UK Government officials were unable to confirm how many people have been killed in UK airstrikes or the identities of those targeted, following questions to the ministry of defence (MoD) from CommonSpace.

The coalition bombing campaign, which is now over 15 months old, has seen over 30,000 missiles dropped amid widespread military chaos and the bloody Syrian civil war.

Reporting agency AirWars states there have been up to 2,100 civilian deaths from western bombing. However, ground conditions make it difficult to identify the full scale of civilian deaths.

When asked how many people had been killed in UK airstrikes, a ministry of defence spokesperson responded: “What do you mean by people?”

In terms of the identity of those killed in bombing raids, the MoD conceded that this was “not information we hold readily” as the UK “don’t have combat groups on the ground” to provide immediate intelligence.

The response has raised further concerns among peace campaigners, who accuse the UK Government of dragged the military into another lengthy, expensive and ultimately futile conflict .

“In the situation of a bloody civil war in Syria with many competing actors, the risk of false intelligence is even greater than in Afghanistan or elsewhere.” Pete Cannell

Pete Cannell of Edinburgh Stop the War told CommonSpace that the lack of information raised concerns over how the UK identifies the difference between civilian, rebel and Daesh fighters in the midst of hundreds of factional splinter groups.

Cannell said: “Evidence from the bombing in Iraq and in Afghanistan suggested that the MoD never seriously recorded who it was that was dying and could never provide figures for what it was that they did. They even denied the reputable research of groups like The Lancet on civilian casualties.

“The only time that civilian casualties are ever admitted is in exceptional incidents or a mistake, for instance when a wedding party or hospital are bombed. Large numbers of people die and in every other case there is no systematic collection of data at all.”

When asked whether reports that claim only ‘militia’ are killed could be believed, Cannell said: “I don’t think so. Clive Stafford Smith [of the Reprieve group] has done lots of work on what so called intelligence in the border region of Pakistan has been used for, including sectarian and score settling reasons in the use of drone strikes.

“This flawed approach is accepted as valid military intelligence. In the situation of a bloody civil war in Syria with many competing actors, the risk of false intelligence is even greater than in Afghanistan or elsewhere.”

The UK military provides target updates, however these include unverified claims without casualty estimates.

According to AirWars , an investigative group that draws heavily on western military sources, some 23,000 Daesh (Islamic State) fighters have been killed in Syria-Iraq during 494 days of bombing.

However, the researchers point towards multiple problems tracking deaths on the ground as “casualty monitoring presents significant challenges”.

For instance the groups states that “claims of casualties from allied airstrikes [between 682-2,104] represent only a very small proportion of overall fatalities attributed to the conflict.”

UK bombing is also undermined by “a major transparency issue” of not reporting the location of 200 Reaper drone strikes – making it difficult to attribute responsibility to certain bombing strikes.

Coalition forces have previously retracted denials of bombings which were found to have caused civilian casualties, specifically the Al Bab bombing in Syria (28 December 2014), which killed 50 people.

Instead reports of civilian deaths from western airstrikes are drawn out through Arabic reports from activists on the ground, passed onto news groups like Al Jazeera, The Independent and Russia Today.

The UK military provides target updates, however these include unverified claims without casualty estimates .

The ministry of defence would not be drawn on the complications of whether ‘militia’ deaths can be verified. Instead a spokesperson repeated the claims made by David Cameron of zero civilian casualties, which was described in The Independent as “distorting the truth”.

For instance the 3/4 December entry stated : “A terrorist sniper team opened fire from a compound on Iraqi troops, but was silenced by a direct hit from a Paveway IV guided bomb.”

It is unclear what intelligence confirmed the identity of the fighters or how many people were killed in the bombing from the report.

However, on occasion army sources are far more forward in leaking specific claims to chosen media outlets. An army source provided The Express newspaper with a tale of three shots from SAS troops in Iraq, fired from 800m to reportedly kill five targets.

A UK soldier described to Curtis how local grudge matches led to the mis-identification of locals as Taliban fighters. Inaccurate intelligence, given to UK soldiers, damaged military operations by duping troops into fighting on behalf of tribal alliances.

The ministry of defence would not be drawn on the complications of whether ‘militia’ deaths can be verified. Instead a spokesperson repeated the claims made by David Cameron of zero civilian casualties, which was described in The Independent as “distorting the truth”.

An MoD Spokesperson told CommonSpace: “There have been no reports from Iraq or Syria of civilian casualties as a result of the UK air campaign – our overriding concern is to protect civilians from the terrorists we are targeting and we take every possible measure to avoid causing harm to innocent people.”

The spokesperson added that questions from CommonSpace relating to the number of people and identities of those killed in the bombing campaign were “bizarre”.

Proposal to bomb Syria were supported by MPs, despite 97 per cent opposition from Scottish representatives and a rebellion of Tory bachbenchers .