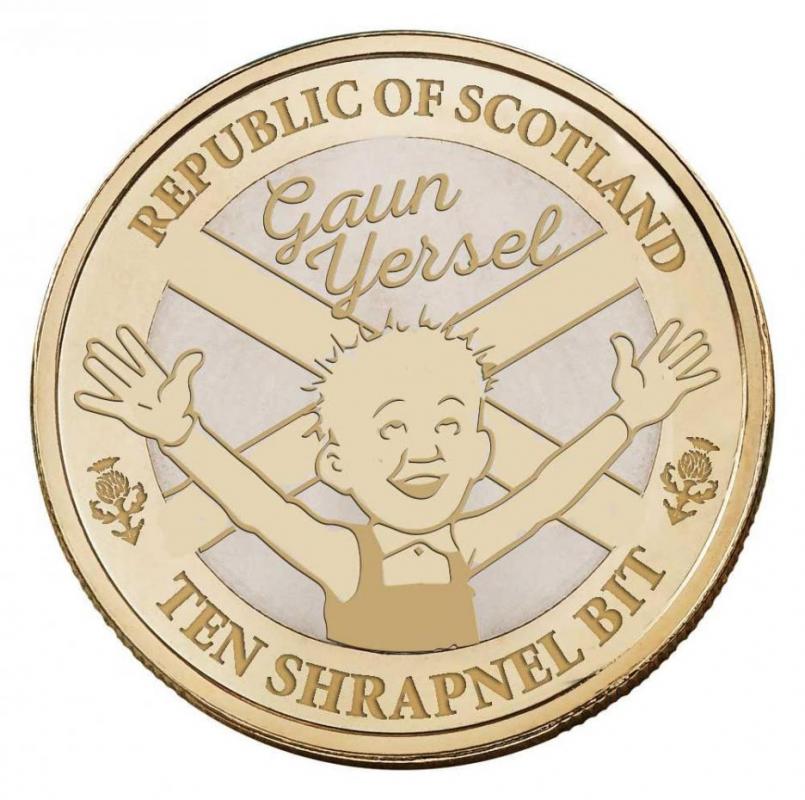 We asked our readers what a Scottish currency should look like, and these were the results

JUST 48 hours ago, CommonSpace asked readers to submit pictures of what they think a Scottish currency should look like following the publication of New Economics Foundation (NEF) and Common Weal digital currency report .

While the ‘ScotPound’ currency may be digital even Bitcoin had some branding, so we wanted you all to let your creative juices flow.

Feast your eyes on the incredible results…

Drawing from the classic Loch Ness Monster, this design represents ‘Our Own Currency’. Bravo, Dave.

Adrian went for a Nicola Sturgeon coin, with a cheeky Proclaimers reference.

In the interest of political balance, here is Gordon’s submission. Gordon went for a classic pound note, combining republican undertones with a Living Wage reference.

Sam Gunn – A stylised thistle head on a saltire

Sam described his artistic prowess as: “A very poor doodle, but you get the idea.” Top points, Sam. We especially enjoy the simplicity of your design.

Stephen embraced some Scots in his depiction of the ScotPound – this guy is certainly pleased about it.

Dave was somewhat concerned that our friends across the pond may object to his one, but this celtic delight could definitely be passed off as a treble clef rather than a dollar sign.

David Carr – Back of the Envelope Currency

But the winning prize [who approved prizes?! – Ed] goes to CommonSpace columnist David Carr for this spectacular design.

Pictures courtesy of our braw readers