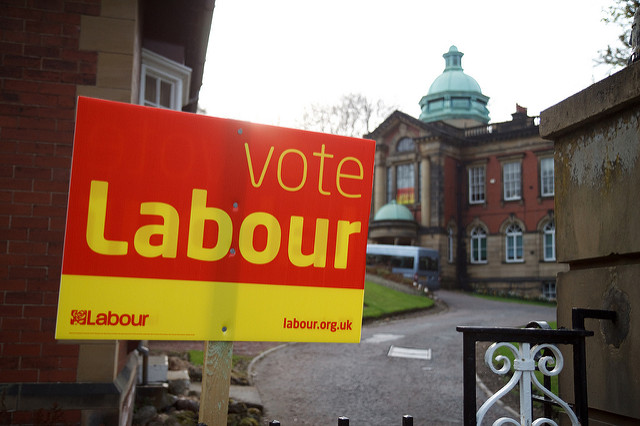 In the second of a two part review, Customs Expert Bill Austin examines the influence of private schools on the Labour party in Scotland and the UK.

What’s the story? The Posh Boys struggle for the heart and soul of Scottish Labour.

In 2017, London Labour offered up two privately educated Tribunes of the People as leader of the Scottish branch of their party; Anas Sarwar (Hutchesons Grammar, Glasgow) and Richard Leonard (Pocklington, Yorkshire). Leonard won which pleased his privately educated boss, Jeremy Corbyn (Adams Grammar, Newport). Clearly, the Labour party in Scotland continues to be a career path for private school leavers.

The Labour party’s tradition of private school leadership is well documented in the book. There are plenty of salacious tit-bits to darkly amuse every critic of these Class Warriors.

So what? The pong of abject Labour hypocrisy reeks from the evidence.  Red and blue tories in Scotland continually attack the Scottish Government on our educational attainment gap, whilst odiously buying their offspring privilege and entitlement, often led by Labour MSP Jacqueline Marie Baillie (St Anne’s, Windermere).

Any Scot with even a remote historical interest could not fail to marvel when, in the 1950’s, young Jeremy Corbyn and his parents took residence in “a seven bedroom manor in Shropshire which had once belonged to the Duke of Sutherland.”  Did young Jeremy and his three brothers enact the Highland Clearances as they played in their manor grounds? Probably not, but the Glasgow, Aberdeen, Edinburgh and Dundee purlieus and poverty of the 1950’s could not be further removed from this son of the manor.

He and his siblings received their expensive private school education at, firstly, Castle House Preparatory School followed by Newports’ prestigious Adams Grammar school.  Intriguingly, his parent’s investment resulted in two E-grade A-levels for young Jeremy followed by dropping out of North London Poly after only a year. Academically, they should have demanded a refund but for instilling unashamed, brazen self-confidence in one of life’s forty watt bulbs they can be satisfied private school was perfect for Corbyn Minor. Jeremy is a staunch Brexiteer.

English private schools, north and south of the Border, are the natural home of British Nationalism. It should come as no surprise then that Richard Leonard is pro-Brexit, like his London Labour master, Corbyn.

Equally, who can honestly be astonished when Leonard announced there will be no second Independence Referendum, supported by Corbyn?

This evidence, taken together, demonstrates Scottish Labour remains in the firm grip of British nationalist private school boys. Pro-Brexit and anti-independence.  Why? London must hang on to Scotland’s wealth and resources at all costs. It would be absolutely catastrophic for the London economy to lose Scotland’s GDP contribution of 10 per cent in addition to the 5 per cent loss predicted as a result of Brexit.

Scottish Labour are an integral part of a London based red tory political party desperate for power, led by the same private school British nationalists, as dominant as the blue tories. Their London focus is essentially the same. Protect their own.

“They are a clan — an easily identified one at that — whose members stick, and club, together. A surprising, even disconcerting, proportion of them have relatively few friends who were not schooled at Watson’s or the Glasgow Academy or wherever. The alumni of the great private schools are a tribe apart. Secure in their advantages, certainly, but also aware of their vulnerability and the extent to which they are unusual. Scotsmen — and now women — with an English education, the better to serve and promulgate an idea of Britishness that many of their compatriots now suspect has long since outlived its usefulness,” The Spectator.

Tony Blair attended Fettes in Edinburgh. As Prime Minister, he “knocked back” a proposal to remove tax advantages for private schools. Or, as Blair put it: “I tried to wean the [Labour] party off its old prejudices.”  Indeed in 2017, Fiona Miller, special adviser to the Blair’s, said: “When it came to private schools I don’t think the priority was a radical shake-up of the class system and Labour didn’t want to get into a fight with the private schools.”

Private schools are still treated as charities avoiding corporation tax, VAT on school fees and council tax on their properties whilst being exempt on investment income. Although benefiting from huge tax concessions they make little or no contribution to our local communities. “Overall [their] annual tax saving…is almost £2.5 billion…enough for 100 state schools.”

In December 2017, however,”…the SNP government announced it was to abolish tax relief on business rates for private schools, raising £5 million for the state.” VAT, corporation and income tax are reserved matters which prohibits Holyrood change in this area. Scottish Labour are content with this situation as they continue to resist devolution of tax powers.

Scottish Labour’s private school stramash between Sarwar and Leonard demonstrated two cheeks of the same arse. Both individuals left their schools with a sense of entitlement and overeducated cultural posturing perfectly encapsulated in the appalling Rees-Mogg, Boris Johnston and Jeremy Corbyn. There is only a toilet papers width of difference between these creatures.

“The Entitlement Complex” is gruesomely described in Chapter 17. Esteemed psychotherapists, and others, describe in tragic detail lasting psychological problems inflicted on young children as a result of the private school system. It is easy to understand how dysfunctional these adults become when the process is meant to produce imperial rulers: “…this system for the self-selection of our leaders, which may have served us well in times of Empire and war, may be damaging to a nation that is trying to come to terms with a more modest place in world affairs.”

One in 20 pupils in Scotland attend such schools. By any standard that means they are not ‘normal’.

“…their unusual upbringing gives them little experience of the way the rest of their country lives, or, worse still, where the qualities that propelled them to leadership are not leadership qualities.”

The London red and blue tory private school regime, through their acolytes in Scotland, is intent on seizing further power and control. They enforce repressive measures such as filibustering Westminster debate on their power grab of devolved powers or closing down pro-independence websites as “dark money” props up their ailing state, as Brexit looms. The evidence stacks up that the private school Empire is dictating events.  Scotland appears powerless within such a regime as London refuses to let the tail wag the dog.

England feels their best days are in the past whilst harping back ad nauseam about Churchill, Spitfires and their drawbridge poised on their off-white cliffs of Dover. Private schools view British society through a backwards 20th Century militaristic Union Jack prism.

Westminsters’ private school political culture is stuck in eighteenth century Lobby Corridors when the world is driven by smartphones. Self-evidently, such government centralises both state and economy within an electoral system which offers the vast majority of the population very little representation. Lords, Barons and Baronesses sanctify the legacy of privilege within the obscene House of Lords. Winner, winner – private school dinner.  Westminster and Whitehall are the very antithesis of progressive democracy.

MI6, MI5, and GCHQ, among others, are run by private school badged acolytes. They are not friends of Scotland’s drive to an independent open, democratic society. Scotland needs a written Constitution to protect all of her citizens.

We know Scotland’s best days are ahead of us. Private schools are an oppressive, burdensome English establishment anchor which limits Scotland’s democratic development and progress.

Should the Yes movement identify and expose the Westminster private school centre of gravity within Scotland in order to expose their poisonous, dysfunctional anti-democratic influences? How extensive and pervasive is it? Within our democratic process such as the Electoral Commission? Our civil service, police and judiciary? Land owners? Office of the Secretary of State for Scotland? Media? How are the schools themselves to be curtailed?

Scotland must step away from this private school inspired Brexit darkness and into the light of self-determination. This book will assist understanding as to why.

Posh Boys raison d’etre id extremely clear – if our forthcoming state and institutions are not built by ourselves then Scotland won’t belong to us. Put simply, if all we do is swap a London elite for an Edinburgh privileged self-selected few, let’s not bother with “independence” because it won’t be.