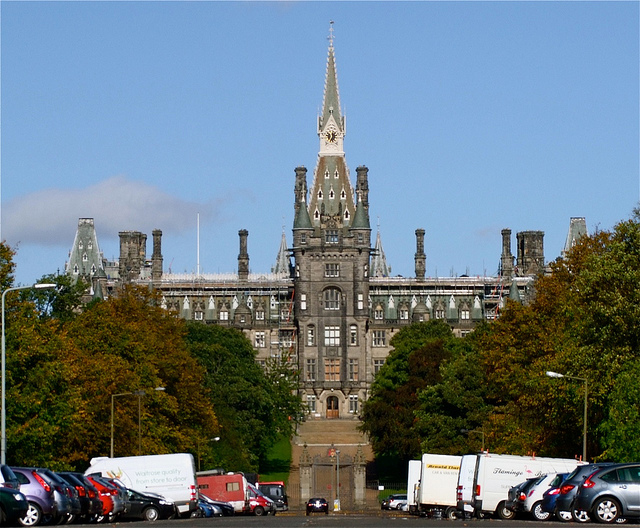 Customs expert with over 30 years’ experience, Bill Austin reviews a new book which examines the influence of private schools and the elite networks that emerge from them in the UK’s politics and democracy, and finds it has shaped Brexit and Scottish independence referendum in ways that you may not have thought

What’s the story? Class War. The Posh Boys are winning by a colossal margin. This excellent book is a “must-read” eye opener for the whole population of Scotland, but particularly “No” voters. The reality of how our country is run, and why, lies within this crafted, absorbing expose.

Why is this Class War? Their system ensures they control government, media, armed forces, foreign policy and trade for their own gain, whilst particularly excluding Scotland’s working class population from their decision making.

So are Scotland’s numerous English public schools different from those of the “Motherland”? The unsubtle answer is in the question.

Posh Boys also evidences how those who have been through the English private school system have brought about Brexit based on a racist, xenophobic agenda in order to “bring back control.” This slogan “was formulated by a canny privately educated strategist. It begs the question: who was wresting control, and from whom?”

The answers are further control of “England” for their own elite and their neo-fascist enthusiasts in USA.

The private school system produced all of the above named individuals, as the book evidences the avid embrace of the English private school system within USA. Donald Trump cajoles and directs this cabal of Brexiteers. Cui bono? Themselves. Not the population of Scotland where all 32 Council areas voted remain. Certainly, not the working classes of England and America.

Sensationalist? Yes. Disturbingly, true. Ku Klux Klan white supremacists use “take our country back” as one of their main slogans.

English tabloid readers voted “Leave” in their millions as “bring back control” panders to their non-cerebral hatred and fear of anyone “foreign”.  This book evidences they are actually dupes of their own ruling class.

Those Leavers, throughout the UK, who voted for their own non-bigoted reasons are similarly exploited.

Many will correctly state they exercised their free will democratically via the ballot box and therefore will reject and resent the implication that they were duped by insidious private school reactionaries. Whilst this is incontrovertibly true, enough of the 17 million Leave voters did fall for the racist message to put UK on the Brexit road. It is beyond irony that many of the working class English population will suffer most by the naked power-grab currently being exercised by their private school mafia.

Generalisation of all current and former private school pupils as “bad” is also wrong.

“Mafia” (n); a group recognised as exerting a hidden sinister influence. This book succinctly supports this definition of a private school closed organisation which exists legally, and illegally, for the benefit of its own.

How so? The author, Robert Verkaik, evinces a Britain where leaders are able to pass power directly to their children. This is the private school system exposed as biased and corrupt. Verkaik is a very experienced author and journalist specialising in extremism and education for the Guardian, Independent, the i. Observer, Sunday Telegraph and Sunday Times.

This book review now focuses on two main areas of this excellent, recently published hardback. Firstly, our English private school system within Scotland and, secondly, what impact this has on Brexit. In conclusion, this evaluation will demonstrate how these directly affect Scotland’s democracy today and its impact on our bid for self-determination within Europe.

Verkaik proves the private school system “prepares schemers and plotters to stalk the corridors of power in order to influence the rich and influential elites at home and abroad. Brazenly, it’s what they teach in our midst.”

The book, unsurprisingly, focuses on England as the majority of private schools exist there. However, the system in Scotland mirrors their ethos and aims, indeed, Fettes, Edinburgh is described as “Eton in a kilt.” In August 2018, 97 such schools in Scotland are listed in an “Independent schools in Scotland register” maintained by the Scottish government Education department.

“Hugo Rifkind (George Watson’s and Loretto)…described them…generally preferred to keep a low profile during that rumbustious [Indyref 1] campaign.  The landed and New Town classes had the most to lose from independence but were painfully conscious that protesting too much must damage the unionist cause more than it might help it.”

Necessarily, in order for parents of pupils who attend these establishments to gain best value for their money, such English private schools in Scotland streamline access into “British” institutions such as the civil service, the top professions, media, the Whitehall and Westminster political establishment and the military. Such schools are unequivocal loyalist, unionist strongholds.

“Scottish public schools endure an often ambivalent, even awkward, relationship with their native land. The most prestigious are outposts of England in Scotland, custodians of an idea of Britishness that’s increasingly out of favour north of the border. Schools such as Fettes, Loretto, Glenalmond and Merchiston generally follow the English curriculum, entering their pupils for GCSEs and A-levels. Their students learn more about Tudor England than Stewart Scotland. They play rugby and cricket in a land much more obsessed with football. Above all — and most perniciously — they are unashamedly ‘elitist’,” The Spectator, “One in four children in the Scottish capital attend the city’s great private schools: George Watson’s, Stewart’s Melville, Mary Erskine, George Heriot’s and the Edinburgh Academy.”

Posh Boys demonstrates Scotland’s aspiration for independence in Europe is absolute anathema to the English private school system which is doing its best, through centuries of tried and tested use and manipulation of power, to ensure we are undemocratically dragged into Brexit insanity in their pursuit of Empire 2.0.

Financial Times columnist Simon Kupar has said that “the public schoolboys focused the Brexit campaign on an issue many ordinary Britons do care about: immigration.”

Nigel Farage (Dulwich) took over pro-Brexit UKIP in June 1981, “one [Dulwich] teacher had said Farage was a fascist, but that was no reason why he would not make a good prefect”…”at a Combined Cadet Force camp…Farage and others had marched through a quiet Sussex village very late at night shouting Hitler youth songs.”

In August 2016, as leader of the Brexit campaign, “a former school friend wrote to the Independent, “I vividly recall the keen interest you had in two initials of your name written together as a signature…Nigel Farage, NF, National Front”…”I do remember you singing the song starting with the words, “gas them all, gas ‘em all, gas them all”. I can’t forget the words. I can’t bring myself to write the rest of it for it is more vile than anything teachers at Dulwich would ever have been aware of.”

The Brexit racist focus was set by rich, secretive and privately educated financiers who poured in £24 million in donations in only four months between February and June 2016. Crucially, the previous year, “Farage was introduced to a data company set up by two Old Etonian brothers, Nigel and Alex Oakes, with a special interest in psychological profiling.” The introduction was made by “US billionaire Robert Mercer, a close friend of Donald Trump and an investor in Breitbart News”, the neo-fascist propaganda organisation.

The Oakes brothers set up Cambridge Analytica (CA), with a third Old Etonian, Alexander Nix. In 2016, Steve Bannon joined the board of CA which then ensured Donald Trump was elected as US President as a result of targeting swing voters.

Borwick “had been a consultant for CA before he joined Vote Leave as its chief technology officer responsible for creating and integrating a roadmap and tools for the EU referendum campaign.”

Cummings explained, “Rational discussion accomplishes almost nothing in politics, particularly with people better educated than average.” Instead, “we were the first campaign in the UK to put 98 per cent of our money into digital communication…Without a doubt, the Vote Leave campaign owes a great deal of its success to the work  of AIQ. We couldn’t have done it without them.”

“Dark Money” and the Conservative party in Scotland is directly related to the scandalous Vote Leave campaign who paid £2.7 million to AIQ.

“The considerable majority of Scots, of all classes rejected the revolting, contemptable message of the “Posh Boy” far right.”

The social media “success” of CA, AIQ and Vote Leave puts into light the BBC’s current anti-democratic strategy of closing down pro-Independence sites such as Stuart Campbell’s Wings over Scotland and Peter Curran’s Moridura. The BBC private school mafia are well aware of the power of legal digital communication and therefore are actively silencing their “opposition”. This inhibits free flow of democratic ideas and information within our Yes community.

Clearly, the far-rights successful Brexit campaign in England focused on people who are at a below average educational level. Their campaign fed on the fears and prejudices of the type of tabloid reader that believe such planned misinformation. Whether from social media or old-fashioned MSM which uses a more maladroit and scattergun approach.

The English working classes are uncertain of who to believe therefore when confronted daily with unsettling and frightened content (and motives) of once-trusted sources, understandably but depressingly, feel safer in harking back to the Spirit of Dunkirk and the Blitz. The Westminster establishment exploit these fears fully. Such dark days maintained the privileged position of private schools within Empire which in turn fuels their arrogant self-righteousness.

Private schools were conceived and built in an age which were slow to change. Today is completely different from such times. Westminster and Whitehall power was, and continues to be, centred in a top-down parliament, legislature and civil service. This is anti-democratic anathema to our modern peer-to-peer, networked world.

The considerable majority of Scots, of all classes rejected the revolting, contemptable message of the “Posh Boy” far right.