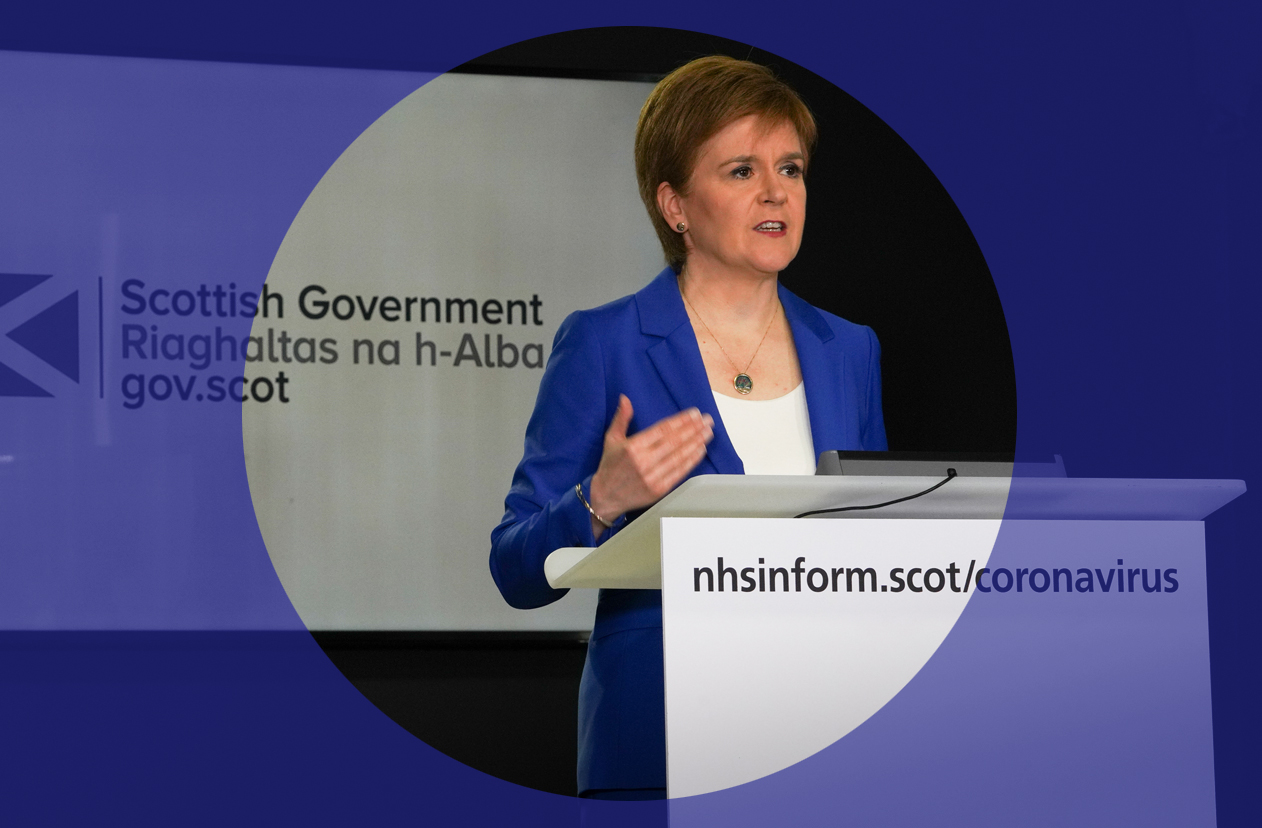 “I’m relieved that the Scottish Government is starting to make progress on protecting Scotland from this virus but there is still a gap between where we appear to be going and where experts far more experienced in this than I say we should be going. The challenge ahead is daunting but the virus doesn’t really care about half measures.”

AFTER weeks of campaigning by Common Weal and others, the Scottish Government has finally begun to look at how Scotland emerges from the protective hibernation of lockdown and has published a strategy paper for a plan that they are describing as “Test, Trace, Isolate and Support”.

Barring the mass rollout of a vaccine or succumbing to the callous inhumanity of the survival of the fittest plan that the UK Government described as “Herd Immunity”, it was always clear that the only way to End Lockdown was to enact this kind of scheme It will involved rolling out mass testing to identify where the virus is, who currently has it and who has already recovered (even if they don’t know they were ever infected).

Next, anyone who tests positive or who reports symptoms will be interviewed to determine who they may have been in contact with in the past several days (i.e. while they may have been infectious). These contacts will be traced and told to isolate to limit the number of people that they could infect. Finally, an element of support will ensure that those who are shielded or who are told to isolate because of possible infection are able to remain in isolation so as not to risk infecting themselves or those around them.

The strategy document produced by the Scottish Government today gives a good overview of the challenge ahead and does well to prepare folk for the next stage of this pandemic.

There is a lot to praise within it. Notably, it recognises the limits of app-based tracing currently favoured by the UK Government. All the problems with data protection and dissemination aside, the major limit of app-based testing is simply that there aren’t enough smartphone users in the country to reach the kind of coverage we’d need for effective tracing, especially among the older demographics considered most vulnerable to succumbing to the pandemic (though, we should caveat that by stating the firm need to avoid falling into the trap of ageist discrimination when discussing such things).

Couple that with the likelihood that many simply will not download or use the app and the potential of all the problems thrown up by the Settled Status app and it simply is impossible to see how this app will be an effective solution. I’m not averse to the app being used for academic data-gathering – it may well provide data vital in preventing the next pandemic – but I’m glad to see that the Scottish Government is forming its strategy without making assumptions about any app-based solution.

The second worthy inclusion in this report is the identification that contact tracers need to be more than simply data collectors but will also be able to identify people based on potential risk and to be able to direct additional support to people when required. The ‘support’ side of this plan is going to be the most important part for a good number of people. In the Ending Lockdown strategy published by Common Weal, a contact tracer will have a fixed pool of contacts within their remit – ideally, they should already be embedded within their local community and able to draw upon local knowledge of the area and the people within it. They would be able to build a relationship with with people within their ‘patch’ and be able to identify when someone doesn’t really mean it when they say “I’m fine” or be able to recognise changes in routine that may be indicative of something going on that needs further investigation. The ‘wellbeing’ aspect of these calls is time consuming but can save lives (something that my own mum would attest to in her experience of making these kinds of wellbeing calls in her work in care).

It’s also far too small. The Scottish Government has announced that testing has been ramping up – and it has – but the gains are still fairly modest. In a recent article for Source, I discussed the metric of ‘tests per positive case’ which appears to be indicative of success against this virus. Get that number above 10 and there’s a chance that your strategy will ‘flatten the curve’, get it above 50 and you’ll have a chance of actually suppressing the virus and if a country can get above 100 tests per positive case, they’ll join the ranks of places like Vietnam who are on course to extirpate the virus from their territory altogether.

The promise in the report of hiring 2,000 contact tracers and ramping testing up to 15,000 tests per day (up from the 1,500 tests carried out in the past 24 hours) would be an improvement but doesn’t really compare positively to plans being published elsewhere.

Two weeks ago, a team working with Harvard University published a comprehensive Roadmap to Pandemic Resistance strategy for the USA. It calls for testing to be ramped up to 5 million per day initially and up to 20 million per day eventually so that the economy can be re-opened (with the caveat that even 20 million tests per day may not be enough to safeguard public health if lockdown is fully lifted). It also contains excellent work around opening the bottlenecks involved in gathering and transporting viral samples (which, themselves, may be infectious if not handled properly).

On a population proportionate basis, the Harvard study would be the equivalent of Scotland announcing that it will ramp testing up to 82,000 tests per day initially and then up to 329,000 tests per day by the end of July. This higher figure is very close to the overall number of tests suggested by Common Weal’s Ending Lockdown strategy published at the start of April. The intensity of tests may be able to come down once we understand where the viral hotpots are and – longer term – once pockets of virus eradication are created but right now we simply don’t have that data so we need to go and find it.

All in, I’m relieved that the Scottish Government is starting to make progress on protecting Scotland from this virus but there is still a gap between where we appear to be going and where experts far more experienced in this than I say we should be going. The challenge ahead is daunting but the virus doesn’t really care about half measures. If we don’t do enough to suppress it then it will not be suppressed and Scotland will have to remain in tighter lockdown for longer – perhaps until a vaccine is developed and available.

It goes without saying that rapidly opening Scotland up for the sake of the economy alone would be murderously immoral but it would be just as immoral to keep people locked down for any longer than necessary or to open up and then send everyone back into a second blanket lockdown because we botched the TTI strategy. The costs either way far outweigh the costs of grasping the thistle as firmly as we need to and not one test fewer than that.