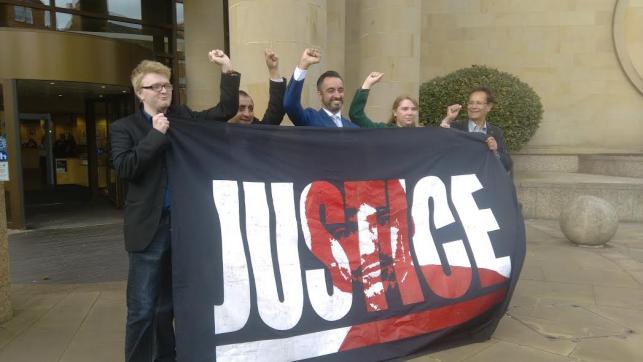 Many of my friends had never heard of him until his name was printed on the ballot. When I was a student, we had the dedicated Charles Kennedy, who was a present and effective voice for students, serve for two terms – one of the only rectors in the university’s history to do so.

The role has attracted big names, several prime ministers but most notable in the history, for me, certainly has to be Jimmy Reid – a man who inspired my entire interest in politics. Many people often site his speech addressing the workers in the shipyards about their ‘work-in’ as a pinnacle in the workers rights movement but it is his rectorial address at Glasgow University, which has been compared to the Gettysburg Address, that I believe to be his finest words.

His words on individual alienation within society and the need for solidarity, a faith in humanity and “an unashamed acknowledgement that man is good by nature”, could not be more relevant right now.

As the alt-right rises within our society we need to hold true to what we know is right. This society, which has taken decades to create, cannot be erased without a fight; movements and arguments that have been refined over years, decades and centuries, are currently in their prime, ready and at our disposal. Now is not the time to be silent.

Which is why I am growing increasingly concerned about the way in which university campuses are dealing with the presence of the alt-right, like we saw in Berkley last month.

A few days ago, students at Middlebury University in Vermont staged a protest at a guest lecture by Dr Charles Murray. The protest shut down the lecture, silenced their opposition and accumulated in violence against the speaker.

Now, don’t get me wrong, I love a good rammy and a protest but that being said, simply drowning out your opposition does not win your argument. The videos of the Middlebury incident show the extent of the mob mentality that took hold. The chanting and the almost ritualistic turning from the stage as Murray began to speak, demonstrated a virtually religious observance of ignorance against an opposing view to your own.

Instead of silencing him, why not ridicule him through your own powerful intellectuality?

Free speech exists and if you sit on the left this is a conversation you urgently need to have with yourself. Do you believe that everything and everyone that has come before you has cultivated advanced arguments that you can now use to trounce your opposition or do you believe silencing them is the viable alternative?

Reid was pretty strong on silence and asked students of Glasgow University to “reject the insidious pressures in society that would blunt your critical faculties to all that is happening around you, that would caution silence in the face of injustice”.

This is fundamentally why I believe no-platforming doesn’t work. Regardless of empty chairs, your opposition will continue to talk, we have seen this time and time again as Ukip is offered up to the nation on Question Time.

It is why I am deeply disappointed that members of the Glasgow Uni FemSoc have chosen to boycott the election, I don’t think I have ever heard anything as profoundly problematic as feminists withdrawing their vote.

I am deeply disappointed that members of the Glasgow Uni FemSoc have chosen to boycott the election, I don’t think I have ever heard anything as profoundly problematic as feminists withdrawing their vote.

It is time to choose to stay silent in protest or to win the argument with rebuttals and a confident articulation that has taken decades to curate.

There is a clear alternative to these alt-right voices: a voice that should be championed as everything we can and should stand for in Scotland, a Scottish man of Pakistani heritage that changes perceptions of every label you could pin on him; a man who has dedicated three decades to fighting injustice and inequality.

Aamer Anwar is no stranger to controversy but for all the right reasons. Aamer’s first interaction with the courts was taking action against the police in 1991 when, as a student himself, he had his teeth smashed in by the police.

He received death threats in 1993 for demolishing a memorial to Rudolph Hess and again in 2016 when he spoke out against Islamic extremism in the wake of Asad Shah’s murder when everyone else was reluctant to do so.

Aamer fought for the family of Surjit Singh Chhokar for 17 years before finally getting justice last year. I believe in this man and his ability to be a strong and very present voice for the students of the University of Glasgow. If you want to protest, vote for Aamer, nothing could extinguish the alt-right more than a leftwing muslim Pakistani Scottish lawyer taking a landslide victory.

There is a clear alternative to these alt-right voices: a voice that should be championed as everything we can and should stand for in Scotland. Aamer Anwar is no stranger to controversy but for all the right reasons.

I believe in Glasgow University as an educational institution, as a space for internal inquiry that lets us question and understand the world around us. Part of that is listening to our opposition and then smashing them by standing on the shoulders of everyone who has gone before us. Our arguments are mature and ready.

I’ll end with the words of Reid as he closed his own rectoral address because he said it better than I ever could. “It is my belief that all the factors to make a practical reality of such a wold are mature now. I would like to think that our generation took mankind some way along the road towards this goal. It’s a goal worth fighting for.”