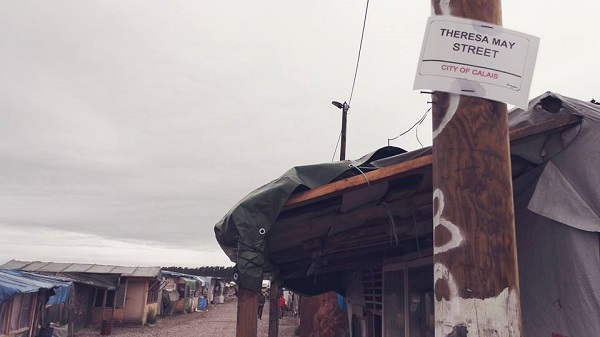 LAST WEEK I sat in a small restaurant overlooking a beautiful lake, located just off of Theresa May street. I was served delicious Afghan cuisine after I had finished my starter of hot milky chai.

A friend I had recently met took to the keyboard in the corner of the room and played classical piano, as a large group of us drank and ate together after a hard days work.

Behind us, groups of men gathered to take advantage of the electricity, charging their phones, calling loved ones, checking their emails and escaping into the digital world for a while. This was normal.

While the situation worsens, the UK Government is doing everything in its power to make life harder for the refugees.

For a moment I forgot where I was; the Calais refugee camp. An unofficial camp that is currently home to almost 10,000 refugees, 800+ of whom are children. Seventy-eight per cent are completely unaccompanied.

The camp has yet to be recognised as an official camp, a recognition that would allow NGOs in to help, but would also be a damning acknowledgement of almost 20 years of gross negligence to the people who end up here.

While the situation worsens, the UK Government is doing everything in its power to make life harder for the refugees. In 2014 it agreed to spend £12m on a 14ft razor wire fencing that would encircle the whole camp, and last week Theresa May confirmed that it is spending a further £2m to build a 13ft wall that will run along the motorway.

Of course, this does not stop the refugees. Since fences have been installed, the only change has been an increase in deep cuts and broken ankles. As the UK Government turn a blind eye to the situation there, hundreds of Brits (and many of them Scots) are making their way to Calais to do the job that the UK Government should be doing – helping. 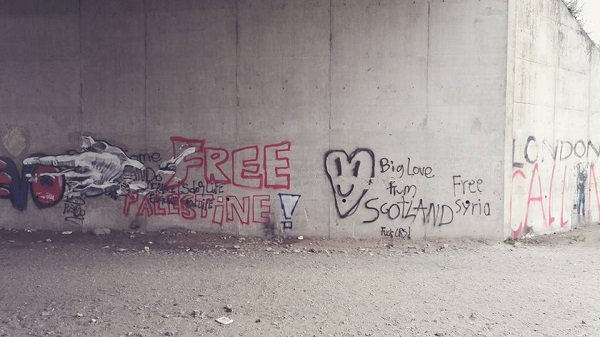 When I look at my experience in the context of the Scottish independence debate, I saw the incredible things we can achieve when we reject our government's norms and take the situation into our own hands.

The solidarity I saw between the refugees and volunteers blew me away. The refugees were among some of the kindest people I have ever met in my life, completely willing to give me anything I needed when they have nothing.

Of course, there are problems, but when you have 10,000 people from differing nationalities crammed on top of each other in appalling conditions, there are going to be problems.

There are so many good news stories that could come out of Calais, demonstrating the good in people, the ingenuity, and the inventive solutions that people have found for the problems that they face.

However, the only stories coming out of the camp are negative and inflammatory and we are getting ourselves into increasingly dangerous discussions about migration policy because somewhere in the Brexit debate we started conflating migrants with refugees.

Read more – Christina Neuwirth: My time on the frontline with refugees at the 'Train of Hope' in Vienna

We started acting like accepting refugees was a decision and not a duty. Let's make it explicitly clear – the Calais camp is in existence because of the UK's embarrassing and inadequate immigration and foreign policies. There are 10,000 people there.

They could all easily be accepted by the UK if only we prioritised people over unfounded ideological rightwing policies.

Until something changes it is up to us – me and you – and there is so much you can do to help, if you have the time – go and volunteer. As we approach winter less people make their way to volunteer, yet this is a time when help is most needed.

If you are financially able, you can donate money. The Calais kitchen is always looking for help, and so is the Calais wood yard, which provides fuel for people to cook, but also as temperatures drop, to keep themselves warm.

Until something changes it is up to us – me and you – and there is so much you can do to help.

The problem is that this situation has become normal. A few paragraphs ago I mentioned that there are over 800 children in a refugee camp just a few hundred miles from us.

Since when did that become ok? When did a humanitarian crisis on our doorstep become the accepted norm? When did volunteers start doing the job of governments? When did the outrage stop and how have we allowed this to slip from the agenda? When did we decide that some people just weren't as important as the rest of us?
It’s time to get angry and demand that this changes.