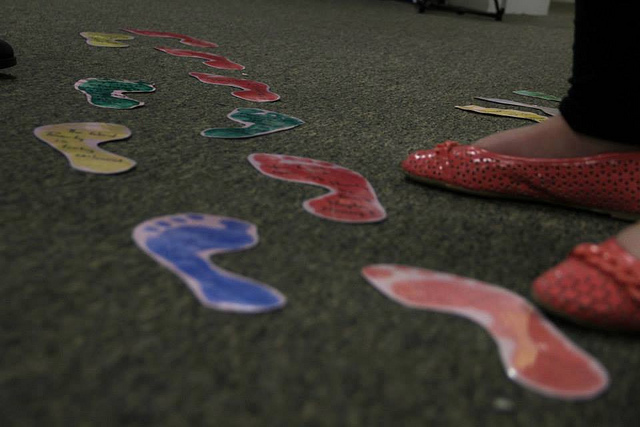 Scottish Labour MSP and party leadership candidate Richard Leonard pens a joint blog with Kath Ryall, a supporter of the Give Me Five campaign, urging a top up to child benefit

AT last week’s STUC women’s conference delegates supported a motion to increase child benefit by £5 per week per child.

There is clearly no chance that the Tory government would implement this but the SNP Scottish Government now has new powers which would enable it to top this benefit up. It should use these powers both for the immediate beneficial impact on children in Scotland and for the wider goal of achieving a more equal society.

The STUC motion supporting the Give Me Five campaign opens up the debate about universalism versus selectivity, or “targeting” as it is often, rather misleadingly, called. This debate is fundamental to what sort of welfare state we want to have; one which supports a fair and inclusive society or one which reverts to Victorian notions of givers and receivers with all the divisiveness and stigma that entails.

READ MORE: Ross Ahlfeld: Let’s back the Give Me Five campaign to increase child benefit

Child benefit is a universal benefit paid to everyone who has a dependent child regardless of their income. The take up is very high, around 97 per cent. It is simple to understand and cheap to administer.

Importantly, it provides a stable element of income for people whose earnings may fluctuate wildly due to zero-hours contracts, a high dependency on overtime or other forms of precarious employment. By contrast, earnings fluctuations in a means tested system are known to cause errors and delays in payments.

The Child Poverty Action Group supports an uprating of child benefit rather than a means tested approach, because it is a major reason for families having to resort to foodbanks. Because child benefit is not means tested it avoids the situation where there could be a disincentive for people to earn more if their increase in wages was less than the loss of benefit – a perfectly rational response in that context, but something which rightwing commentators love to moralise about.

By contrast, the present system of child tax credits, which is being replaced by universal credit, has all the problems of identifying initial and ongoing eligibility that go with means testing.

It is subject to constant reassessment as people’s circumstances change, is limited to two children and thus part of the overall attack on large families exemplified in the benefit cap, and can deter from applying those people who have literacy problems or whose first language is not English. 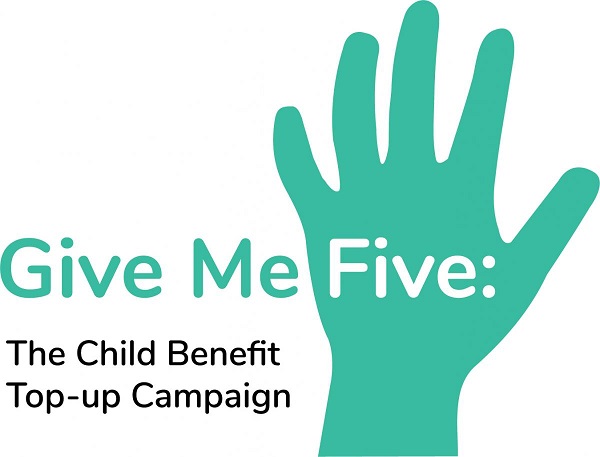 We used to talk about the “hated means test” for a reason but that is what “targeting” is, despite the often well-meaning but ultimately spurious arguments about selectivity. The proponents of targeting chose to ignore the evidence that universal benefit systems tend to be those that benefit low income groups the most.

One frequently used argument in favour of targeting is that it means that more money can go to those who need it most. But would that happen? It is certainly the case that topping up child benefit would be much more expensive than topping up child tax credits, but would the additional money, around £120m per annum, be directed towards alleviating child poverty?

The rationale for means-tested benefits has always included, usually as the dominant reason, saving money, and given the long term rightwing strategy of stigmatising benefit claimants, it is hard to imagine there would be an easy shift of the “savings” to the “undeserving” poor.

So why support the Give Me Five campaign? Poverty currently affects one in four children in Scotland. The impact of that on any hope of achieving a successful and more equal society is huge, but a £5 per week top up to child benefit would lift 30,000 children out of poverty, with all that means for their long term future.

A £5 per week top up to child benefit would lift 30,000 children out of poverty, with all that means for their long term future.

And their future is also our future, an idea which was very much part of the original concept of universal child benefit. (The use of the term universal credit to describe the new benefit is interesting here – it is anything but universal.)

The fact that access to child benefit is not means tested ensures broad support for it as an investment in a common future. Societies which use universalistic social policies, such as the Nordic countries, tend to have lower levels of social inequality and therefore enjoy greater wellbeing for their citizens.

This is why the arguments for using universal child benefit as a means of alleviating poverty rather than a targeted means-tested system are so important.

The Give Me Five campaign for a £5 per week top up is important not only to lift 30,000 children in Scotland out of poverty but to re-establish a general policy in favour of universal benefits together with progressive taxation so that we are all equal before the state and have common, not divided interests.

Picture courtesy of The home of Fixers on Flickr