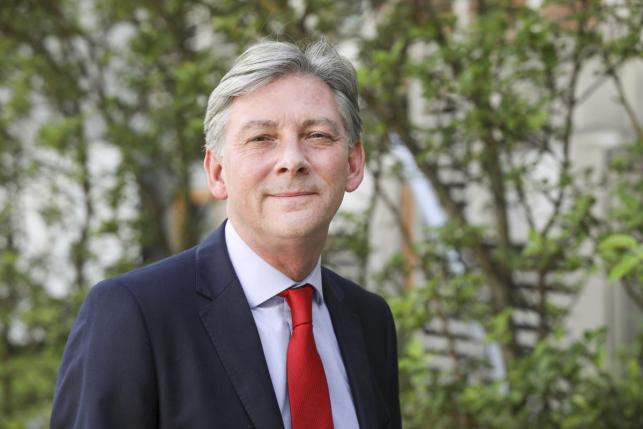 “The Scottish Labour Government that I lead will not only end the failure of de-regulation, we will deliver the success of free bus travel for all.”

SCOTTISH LABOUR leader Richard Leonard has called for free bus travel for all under-25’s within the lifetime of this parliament.

In a speech to party members at Spring conference in Dundee, Leonard said the proposal should be part of a long term goal to move to universal free bus travel in Scotland.

Leonard also told delegates that de-regulation of bus services in Scotland, which began under Margaret Thatcher and has not been reversed by either Labour or SNP since devolution began in 1999, “has failed us” and would be reversed if he became First Minister at the 2021 Scottish elections.

The proposal comes after contention in the party over the Workplace Parking Levy, a new power for local authorities to introduce if they choose, agreed as part of the SNP-Scottish Greens Budget Deal in January. Labour voted to oppose the new tax on Friday, but some councillors – including their head of the Edinburgh group, Cammy Day – remain supportive of it. In the motion supported by delegates, it called for bus services to be improved first before any new taxes on workplace car parks.

Leonard told the conference: “The Scottish Labour Government that I lead will not only end the failure of de-regulation, we will deliver the success of free bus travel for all.”

Thep party, he said,  will now table amendments to the Transport Bill currently before the Scottish Parliament to facilitate municipal ownership and re-regulation of the buses across Scotland. The Transport Bill has been criticised by environmentalists and supporters of public ownership for being too “timid”, with powers only set to be given to local authorities to establish council run bus services on loss-making routes for private companies.

Recently published figures on public transport usage showed bus passenger figures continue to decline, while car usage is up – something which First Minister Nicola Sturgeon has accepted is a “wake up call”.

In Edinburgh City Council, local authority-owned Lothian Buses has been lauded for its efficient service and lower prices, while bus fares have continued to rise faster than wages in most of the country.

Leonard said to “jumpstart our bus services” across Scotland by calling for an extension of the free bus service for those under 25s within the lifetime of this parliament.

“But then we will go further,” he said. “We will build a proper bus network that connects Scotland’s communities.

“From that collective strength and that commitment to being a truly public service, we will shift the balance from shareholder profit to public investment.

“So Labour will build a free bus network to serve the whole of Scotland.”

Currently, the provision for those aged 16-18 who are on the Young Scot Card entitles those to get a third off adult single fares on any registered bus service in Scotland. Transport Scotland statistics show that there is almost 150,000 Young Scot cards issued in 2017, which represents a take-up rate of 87 per cent of 16-18 year olds in Scotland. Extending the current Young Scot card for bus travel to all 16-25 year old’s is estimated to cost £13.5 million pounds.

Over 60’s and disabled people currently receive free bus travel, which was first introduced by Scottish Labour in 2006.

The Scottish Government confirmed last year that those aged 60 years and over in Scotland will still be eligible for a free bus pass. Consideration has also been give to extending free bus passes for modern apprentices.

Leonard told the conference that he believes everyone should benefit from free bus travel.

He said: “It has tackled isolation. It has created opportunities. It has given people a better quality of life. And it makes a difference to the economy.

“Because every £1 spent on concessionary bus travel generates almost £3 in benefits to those bus users and to the wider economy.”