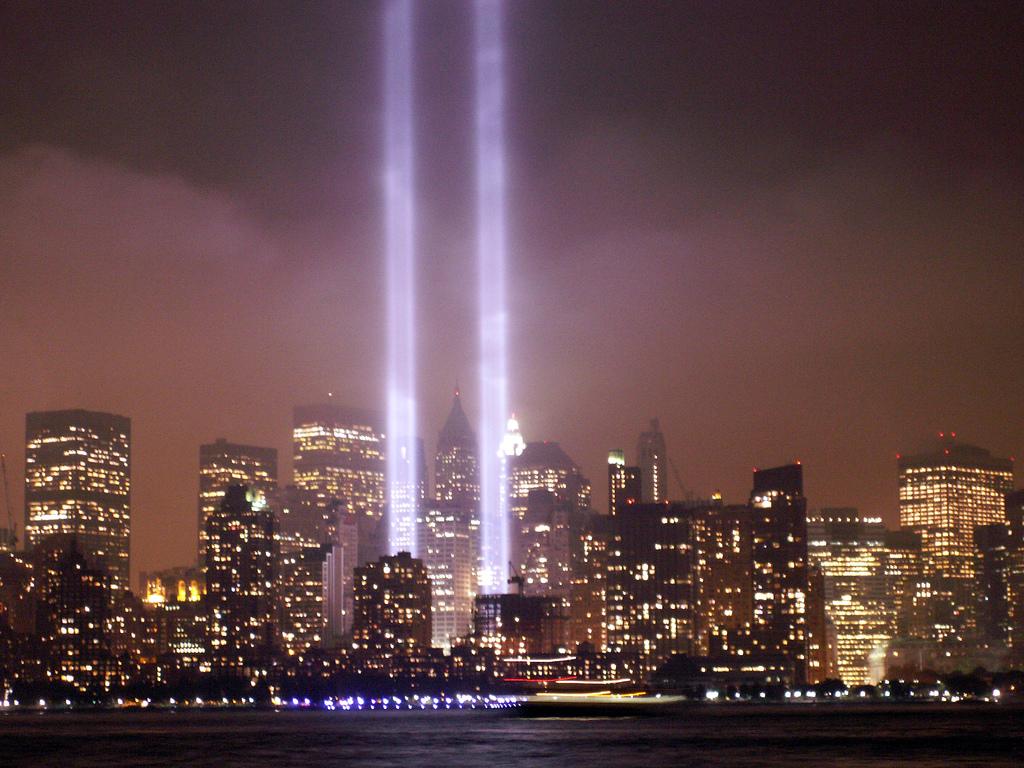 11/09/2015
CommonWeal
CommonSpace columnist Richard McGinely questions how much of the west’s involvement in military operations since 11 September 2001 have really been about the so-called ‘war on terror’
FOURTEEN years ago today a band of suicidal maniacs hijacked four commercial aircraft and flew two into the world trade centre, one into the Pentagon, and were unsuccessful with a fourth plane after passengers fought back, causing it to crash without damage to its target, the White House.
There can be no excuse for such ruthless and barbaric acts. Whatever the grievance, there is no justification for attacks on civilians.
The loss of life was catastrophic, and the United States then declared war on those deemed responsible.
Well, sort of.
Not Saudi Arabia, from where most of the perpetrators had originated. Or Lebanon, Egypt and the United Arab Emirates, from where the others originated.
Or Pakistan, where the man behind it was eventually found. Or Germany, where they had lived. Or Florida, where they had trained.

“Not only had Al Qaeda leader Osama bin Laden struck deep into the symbolic heart of capitalism, he’d handed out a blow to its capability to function.”

Afghanistan and Iraq, accused of training and harbouring this new breed of terrorist, were attacked instead, occupied and subjected to regime change.
Not only had Al Qaeda leader Osama bin Laden struck deep into the symbolic heart of capitalism, he’d handed out a blow to its capability to function. Possibly beyond his wildest dreams.
The subsequent war, according to Leo Shane III, writing in Stars and Stripes in September 2010, cost the USA anything between four and six trillion dollars.
Money which could have been spent avoiding the debt and consequent austerity that the US, and her ally Britain, is now enduring.

“We still see the effects today, with an extension of the Middle East regime change policy leading to the massive refugee crisis dominating the headlines.”

It’s not only the cost of the men and materials, but extra add ons, such as disability benefits, medical treatments, both physical and mental. Linda Bilmes, a Harvard public policy professor, noted in the same study that the costs will be ongoing as long term effects take hold.
On the face of it, with bin Laden eventually found living near a Pakistani military establishment, the attacks on Afghanistan and Iraq, which became long and expensive, financially and in terms of human life, seem to be a misjudged response to the atrocity.
Or was it something more than that?
We still see the effects today, with an extension of the Middle East regime change policy leading to the massive refugee crisis dominating the headlines.
Why did the US attack Afghanistan? JP Morgan’s London-based mining expert, Ian Hamman, may offer a clue. In the New York Times of June 13 2010, he is quoted saying: “Afghanistan could be one of the leading producers of copper, gold, lithium and iron ore in the world.”
According to the report, Afghan officials estimated minerals worth $3 trillion, a little more than their current GDP of around $12bn, which is mostly from heroin and foreign aid.
And Iraq? Just the oil, presumably, and a desire to get at Saddam Hussain.
On 12 September 2001, George W. Bush ordered his counter terrorist chief Richard Clarke to “see if Saddam did this. See if he’s linked in any way”. Clarke, astounded, told him, “al Qaeda did this”. In his book, Against All Enemies: Inside America’s War On Terror, Clarke claims Bush just ignored this.
Syria is now subject to a similar American tactic. We see the results every day as hundreds of thousands attempt to flee the devastation caused by bombing, a tactic which has never succeeded in achieving anything.
Bin Laden’s actions 14 years ago allowed the US an excuse to expand its massive military budget. He gave the west an excuse to pursue the Orwellian concept of unending war.
David Johnston and Jim Dwyer pointed out in the New York Times on 18 April, 2004, that Bush and Condeleeza Rice had been warned “something spectacular” was on the way after studying pre 9/11 security files.

“Bin Laden’s actions 14 years ago allowed the US an excuse to expand its massive military budget.”

Bin Laden gave the US an enemy. They needed a bad guy. So did Britain. Bin Laden filled the vacancy, and started a dynasty.
Now he’s gone, along with the other demons such as Saddam, Gaddafi and Mubarak, they can concentrate on Assad for a while. In their place, in their homelands, chaos reigns.
In our homelands, criticism is ignored or shouted down as unpatriotic. Almost treasonable, in fact.
Orwell wrote “1984” about an oppressive and faceless unaccountable totalitarian regime which put the needs of the state before the needs of the individual
Looks like he just got the year wrong.
Picture courtesy of Jackie
Common Space
Archive
Share Article: