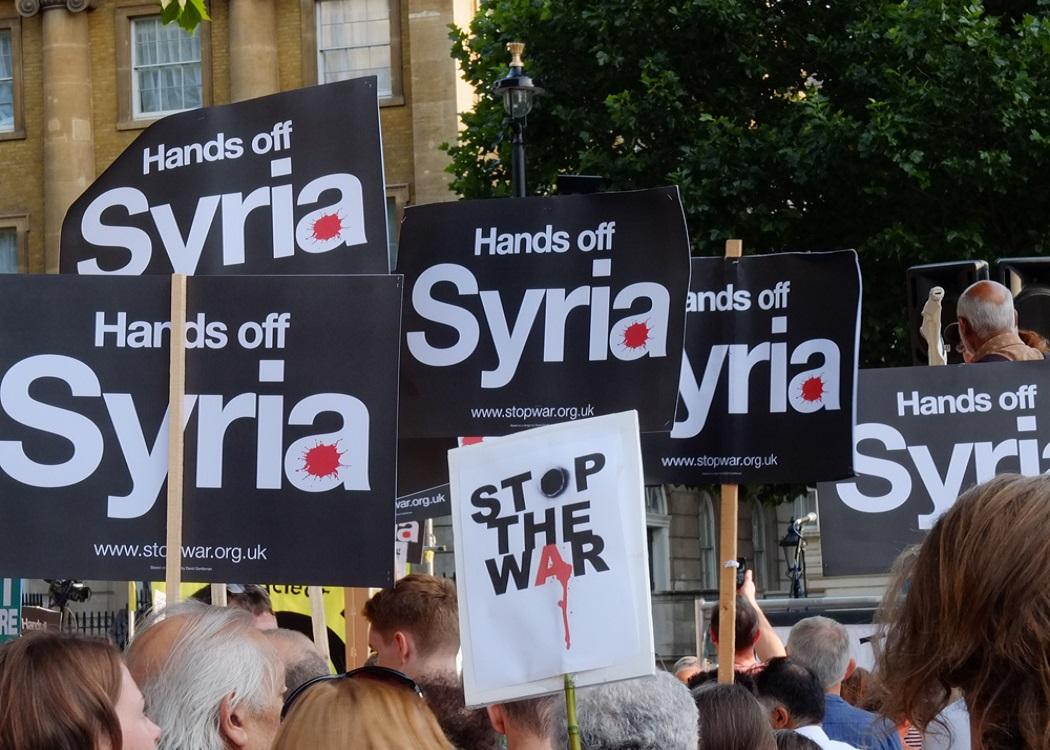 ONE WEEK on from the bombings in Paris, the tactic of an eye for an eye, which usually results in universal blindness, is high on the list of topics for the western world.

No-one has stopped to think about what is a potentially apocalyptic problem, and no-one has offered a real alternative to the Orwellian concept of perpetual war.

Yet it could be dealt with quite easily, and a lot less expensively than dropping bombs on supposedly religious extremists. I say supposedly because, as anyone who has ever read the Koran will tell you, suicide bombing is not in there.

No-one is taking the time to look at the people who are committing these atrocities, and no-one is trying to find out why.

No-one is taking the time to look at the people who are committing these atrocities, and no-one is trying to find out why.

In his enlightening look at the problems of Somalia (Somalia – Life Inside an Outlaw State), another Muslim country with internal problems, journalist James Fergusson cites a number of complex issues affecting young Muslim men, none more than the terrorist group Al Shabaab which persuades disaffected young males to ‘fight the good fight’, usually by substituting themselves for the local elders who, up until now, were responsible for the male role model post in their society.

Contrary to popular belief, he claims that it isn’t the imams in the mosque who “radicalise” youngsters, it’s other radicals they meet there.

By offering their own interpretation of the Koran, they have succeeded in recruiting thousands of disaffected youngsters – and you will notice the young ages of these people.

It’s a little more complex than that, but if work is to be done in calling a halt to the current situation, and perhaps averting an escalation of tragedy in the Middle East and the West, then it’s time to change the accepted view.

The first thing that must be done, and it’s a priority, is to educate the West.

Al Shabaab, and other groups affiliated to al Quaeda are no more representative of Islam than the Ku Klux Klan is of Christianity. They are simply extremist groups working towards their own ends in the name of God.

If work is to be done in calling a halt to the current situation, and perhaps averting an escalation of tragedy in the Middle East and the West, then it’s time to change the accepted view.

Education can only be done by engaging in dialogue with clerics in the West, and giving them the platform they need to get this point across. The West needs to be a little more open minded about other cultures and religions, and the public must no longer accept what is written in the papers.

Then, and only then, will politicians realise that they can no longer play the brown man bad, white man good card in order to further their own ambitions.

This became more urgent when Donald Trump, unbelievably a US presidential candidate, suggested that all Muslims should wear a badge to show the rest of the world that they are Muslims, a ridiculous idea which echoes a policy undertaken in Germany around 80 years ago.

When people like him have any influence in world affairs, it’s probably a good time to start stocking up on tinned goods and instant mashed potatoes.

If the West should be made more aware of the meaning of Islam, then it follows that the Middle Eastern nations must be made aware that instead of military intervention, there is a will to make a difference in other ways, a will to put a stop to the cycle of death that can be, and must be undertaken immediately.

There is an influx of refugees into Europe, fleeing the devastation in Syria, for example. Would it not be better to, after desisting the military campaign, invest money in training these people in sectors such as construction or local government? To show them how to organise a rebuild of their infrastructure, and also how to physically carry it out?

It would certainly be cheaper than a military campaign, and would also encourage refugees to return to their homeland, which they would not ordinarily have left, with a clear plan and the capability to remake their communities, which would be a lot safer, and with proper organisation, a lot less corrupt.

This became more urgent when Donald Trump suggested that all Muslims should wear a badge to show the rest of the world that they are Muslims.

It would need to be supervised, but they would be equipped to do that themselves, because after all, it’s their land, and they will want to make it better. Ordinary people with a chance to do something extraordinary

Money would go where it is needed, and their society could implement structure where it is required, such as hospitals, schools, housing and places of worship, where the peaceful majority could help to educate those who have been misguided by radicals, which is not the correct word here, as they are not men of God, but men of war.

This would remove the pool of recruitment that is available to those who intend on spreading mayhem and chaos in the west, feeding the massive military economy that relies on death and misery to prosper.

It’s certainly workable, but it would require a huge shift in the public perception of Islam, and indeed, of Western values.

It sounds simple, but then the best ideas usually are – if you don’t count the one where it’s simpler just to bomb everything until theres no-one left, that is.