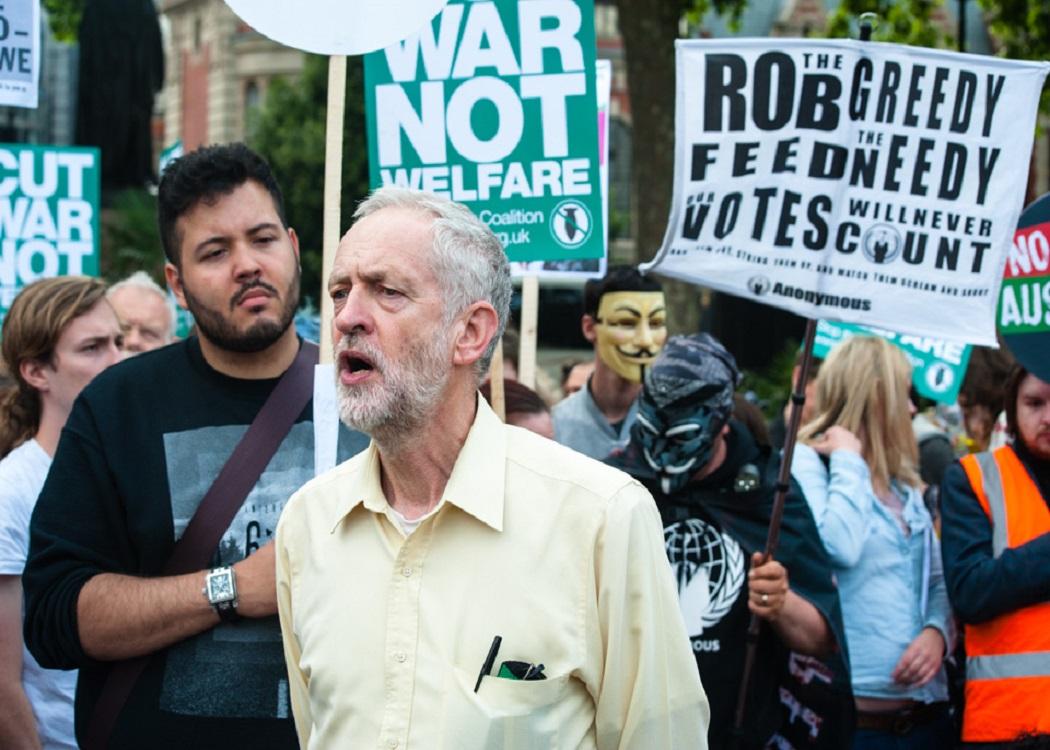 CommonSpace columnist Richard McGinley says Tony Blair’s reform of Labour ended in a nightmare for the left, and so the party should let a leftwinger like Jeremy Corbyn take charge of the next shake-up

WHEN the Labour MPs in Westminster abstained on the Welfare Reform Bill, the writing on the wall for the party became even clearer.

They have no intention of doing what they were elected to do. The party cannot, or will not, in its present form provide even a token resistance to the austerity policy about to be unleashed on the people of Britain.

Fair play to those SNP members who invaded the opposition benches. At least, with the likes of Mhairi Black, they are making their views known. All they need to do is get someone in who will make those views more widely known.

When Tony Blair pops his head up and says Jeremy Corbyn would be a disaster for the party, you know some people are worried.

But for the moment, the Labour leadership debate is dominating the news. Surprisingly, it’s not a discussion on whether or not members should bother having one, as the policy seems to be for a collective lie down and tummy tickle, but who they should choose to lead them.

Apart from the usual list of career politicians, there’s a horse coming up on the rails that might just pip the rest of the field to the winning post. In fact, when Tony Blair pops his head up and says he would be a disaster for the party, you know some people are worried.

Jeremy Corbyn is a wee bit different from the others in that he’s been around a bit, and he talks a bit of sense. Something that the others don’t recognise, largely because it’s outwith their own capabilities.

And it scares them.

Quite why electing a leader who has core Labour values at heart is scaring them is unclear. The party is dying, although no-one on the outside seems to want to be the one to tell them. And those within don’t want to admit it.

Their almost conservative policies don’t appeal to the voters, as was proven in Scotland, so surely the priority would be to change them.

When Tony Blair swept into power he promised that things could only get better, and for a while, they did. Then, he met Margaret Thatcher, who having been a thorn in the side of John Major, became a confidant of Blair .

Blair gave us New Labour, which implied that all about Old Labour was bad, in an attempt to gain power against a Conservative government that at the time seemed fairly hell bent on giving it up anyway.

So much so that when he mentioned some of his more right wing ideas in cabinet, Alistair Campbell recalls notes being passed under the table which said: “He’s been talking to Thatcher again.”

Blair’s biggest fear is that he will be remembered as the prime minister who paved the way for the bankers who almost destroyed the economy, thus requiring a bailout that the people are still paying for.

That’s why he’s surfaced to defend the austerity which has been implemented by successive governments. He’s afraid that if an alternative of investment leading to growth is taken, it will show him to be the failure that he was. He could have prevented it.

He gave us New Labour, which implied that all about Old Labour was bad, in an attempt to gain power against a Conservative government that at the time seemed fairly hell bent on giving it up anyway.

Oddly enough, like his mentor Thatcher, it could be argued that he too, was lucky with his enemies, the worn out Major, and the ineffective Hague and his successors.

He didn’t need the New Labour tag after all.

It worked for a while, but Blair’s attempt to be all things to all men backfired, and he failed to build on what he initially achieved, running out of steam around the turn of the millennium to allow a backslide into Conservative policies, especially in the financial sector, which would come back to haunt the party after he stood down in 2007.

Fairly soon after he stepped down we had the economic crash of 2008. He must have known it was coming, and as ever, Teflon Tony got out.

Certainly he had shown no signs of leaving before then, even apparently reneging on a deal with Gordon Brown to stand aside long before he did.

Corbyn wants to move on. Like Blair in the 1990s, he sees there is a need to modernise the party again, but will be sneered at by not only the media but by his own party hierarchy.

His re-appearance now seems to be largely out of self interest, a determination for him to at least salvage some credibility from what history will record as a disastrous reign with horrendous consequences, for this country and others .

Corbyn wants to move on. Like Blair in the 1990s , he sees there is a need to modernise the party again, but will be sneered at by not only the media but by his own party hierarchy.

He knows it’s time for a clearout and a fresh start, deep down so do the others at the top, but their fear is that it will be them he clears out.

It’s a long way back for Labour, but it has to start now, by changing.

I’ll help it with its image. It could start by calling itself the Labour party and doing what it says on the tin.