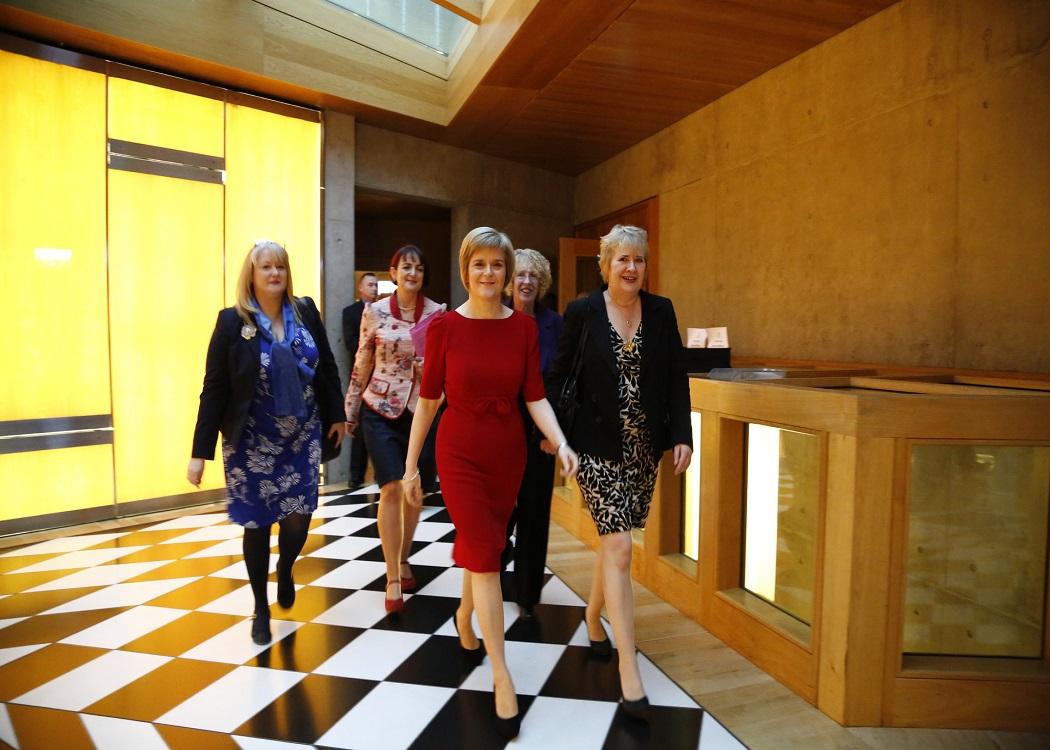 CommonSpace columnist Richard McGinley, a Scot living in England, says those living south of the border must look to their northern neighbours for help in overcoming ‘the fear’

I’VE seen it all before. And not that long ago.

The General Election is just six days away, which means that everything a politician says from now until then will be that if you don’t vote for them, the four horsemen of the apocalypse will ride into your town and by Sunday night you’ll be eating out of tins around a camp fire.

Go back six months, and that was what they were saying just before the referendum. On that occasion, they realised it wasn’t working, so they promised the Scots the earth instead, although it turned out they had their fingers crossed behind their backs.

Having secured the No vote they wanted, unionist leaders toddled back off and felt they could ignore the Scots for at least the rest of their political careers.

What the mainstream parties did with “The Vow”, and the subsequent refusal to carry it out, means that those in the north, who have an alternative, won’t take any notice of them this time. That’s why Scotland will be coloured-in using a nice, summery yellow on the maps next Friday.

Having secured the No vote they wanted, largely by using the apocalyptic angle, the unionist leaders toddled off back down south and felt they could ignore the Scots for at least the rest of their active political careers.

It hasn’t quite turned out like that. The Scots have seen through them.

None of the parties from the south will have significant representation in Scotland next week, if polls are to be believed. The Scots have employed rational thinking, and by relying on social media and their own common sense, ignoring the agenda-ridden mainstream press, they will vote for “hope over fear”.

North of the wall, the experience of the referendum means Scots have realised immediately that what comes out of the mouths of the sharp-suited salesmen of Westminster is actually just the words they think we need to hear.

Down south, however, the usual rhetoric will intensify until the fear of losing what little we have will crush any hope we have of improvement.

It’s like waking up in prison on the morning of your execution, and being offered a choice of a firing squad, lethal injection, or a good old fashioned rope around the neck.

Down south, the usual rhetoric will intensify until the fear of losing what little we have will crush any hope we have of improvement.

The Grand Coalition, a joining of Labour and Conservative, could be a realistic, albeit nightmarish, possibility, with Ed Miliband promising he will not join with the SNP in a coalition.

We needn’t worry about Ukip or the Liberal Democrats joining forces with the Conservatives. Either of those parties will be lucky to retain most of their deposits. That leaves Cameron and Miliband facing a choice of dealing with Sturgeon, or with each other.

There’s very little difference between the two, Miliband even wore a blue tie on last Thursday night’s Question Time leaders debate. Not so long ago, he’d have been suspended from the party for such an act.

Cameron looks exhausted already, and could well deal Ed in after he does the first year of what would truly be the greatest constitutional crisis since the abdication of King Edward.

With Scotland secured, can we borrow Nicola Sturgeon for a few days?

Those in the south need to learn from our northern neighbours. Those in Westminster have only one aim – to stay in Westminster. Once they’ve secured that, they will continue to cut services from the poor to fund the lifestyles of the rich.

The NHS will become something we tell our grandchildren about. Libraries and museums will continue to disappear, and their buildings used as foodbanks. That’s the fear.

Now for the hope.

With Scotland secured, can we borrow Nicola Sturgeon for a few days? Just to help the Greens out? To give the people of England a realistic choice? Help us out.

Use social media to remind English people what Westminster did to the Scots last year. None of them can be trusted.

Failing that, you’d better start a massive house-building programme in Scotland. And find me the train timetable for Glasgow Central.