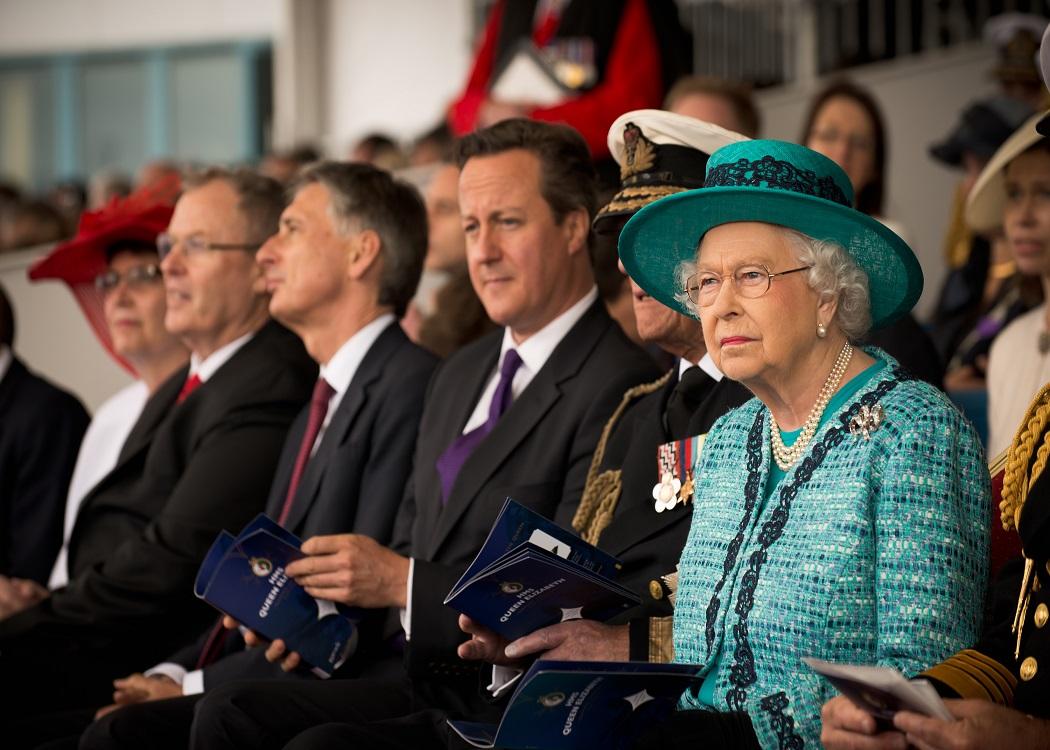 AS the new Conservative Government continues to implement the more unpopular of its policies, we can expect to see more stories designed to deflect attention away from them.

This week, the leading English papers accused the Scots of stealing the Queen’s money, which kind of follows on from the theme used during the election that the Scots are all thieves after English money. Remember the poster which depicted Alex Salmond as a pickpocket?

According to the Times, with the Queen facing the possibility of moving out while the builders are in during a PS150m refit of Buckingham Palace, ‘Nicola Sturgeon’s government’ will deny revenue from the Crown Estates after taking control of them as part of a devolution agreement.

So, the story here is that Scotland is rejecting the royals, and not that PS150m is being blown during a time of austerity, which would be a jolly bad show.

This is apparently worth PS2.2m to Brenda, which could mean that she might have to cut down on buying helicopters for the grandchildren, and perhaps even one less night at the bingo a week.

So, the story here is that Scotland is rejecting the royals, and not, as it should be, that PS150m is being blown during a time of austerity, which would be a jolly bad show.

So, she is portrayed as the victim.

Aside from the obvious agenda, it’s worth noting that the story is completely untrue. The Queen doesn’t get paid from her estates. She gets her salary from the taxpayer.

The story, from a palace source, says that the Scots intend to keep the revenue from the Crown Estates, thus denying much needed housekeeping money for the Windsors. Except that the Sovereign Grant Act of 2011 means that the Scottish Government has no say in what the Queen receives whatsoever.

The sovereign grant – the Queens wage – is paid directly by the Treasury, and although the income from the estates is used as a guide as to how much she gets – a sort of Royal Commission – the money itself is raised from taxpayers, and paid into her bank, probably every Tuesday or something, and is not affected by whether or not the Scottish Government decides to spend estate money on something radical like health or housing.

Even if the income should fall, there is a review every four years to make sure Brenda doesn’t have to hold a car boot sale in the grounds one Sunday morning.

Why publish something that’s plainly not true? Deflection. Spin. But there is also the anti-scots undercurrent.

No matter what happens, the law also says that all taxpayers throughout the Union will pay a proportionate share, and that’s that. So why publish something that’s plainly not true? Deflection. Spin. But there is also the anti-scots undercurrent.

Another victim of media spin is Mhairi Black, the SNP MP who gained her honours degree in politics this week. Critics, in the press and on social media, have wondered why one so young and thus immature is in such a position of responsibility – without once mentioning it’s because the people voted for her. Her age is irrelevant.

A few years ago, while in Warrington, I met two ladies of senior years and a young man of around 20 or so. They were campaigning for the local elections. I asked the ladies which one of them was the candidate, and they pointed to the young fellow, who frankly would have been turned away from most doors in case he nicked the money from the gas meter.

I was a little bemused, and asked if he was not too young for such a post. One of the ladies replied that it “gave a fresh perspective and some new ideas”, Which, on reflection, isn’t a bad idea.

After all, if we do today what we did yesterday, we’ll still be knee-deep in it tomorrow. Now, it’s a little too much to ask Black to change the world in her first term. Or, indeed in her second.

But in 20 years time she’ll still only be 40, and will have 20 years experience already behind her. She will have learned what can be done, and how to do it.

The establishment is afraid of change. That’s why she and the other SNP members are being ridiculed and treated like country cousins on a trip to town.

She will know the ins and outs of how things work down in Westminster, and will be a valuable mentor to other new MPs, something which has been lacking this time round.

The establishment is afraid of change. That’s why she and the other SNP members are being ridiculed and treated like country cousins on a trip to town.

They have to learn to make their voices heard above the spin, and despite the deflection, by calling out the obvious – and not so obvious – damage that the current government is doing, and deflecting back from the deflection to the real issues.

Perhaps even forming an affiliate party in the south… there’s a party dying just now that will need to be replaced. There is a real need for change, and a real need for someone to offer it.

Why not the new kids in town?