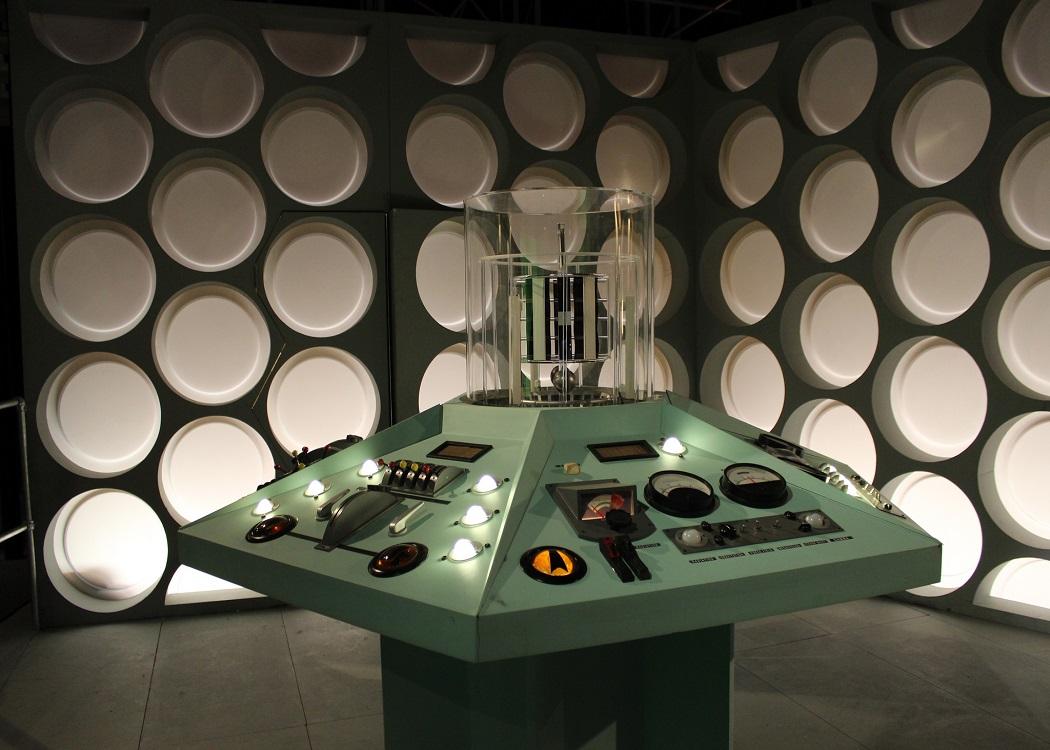 MANY, many years ago – okay, 20 or so – I became vaguely aware of some small and rather boisterous people who were suddenly living in my house.

Patient explanation from my wife explained they were called children, and not to worry, they would eventually get bigger, become less dependent on us and move away to make their own way in the world.

“How long will that take?” I asked, more than a little worried about the inevitable changes to our lifestyles.

My machine would have been triumph of science over nature. It would save millions of pounds and years of labour, and the world would rename the planet in my honour.

As you can imagine, I was horrified, and when I found out what had caused it, I put a stop to it immediately.

Night after night I would lie awake, as apparently they needed feeding every four or five hours, wondering how on earth to combat this intrusion to my life.

And then the answer came to me.

I would invent a machine. A bit like the Tardis from the Doctor Who programme, and all we would have to do is place the new born into it, close the door, switch it on and five minutes later out would pop a fully grown, fully educated person – with all the benefit of my epxeriences and personality, of course. Alright, maybe we could work on the personality bit.

A bit like when you put a steak in the microwave and it’s done before you’ve found a book to read while you eat it.

(Note. Do not put your babies into the microwave. You will not find a fully grown adult when the little bell dings.)

My machine would have been triumph of science over nature. It would save millions of pounds and years of labour, and the world would rename the planet in my honour.

I must have mentioned the gadget to someone somewhere because it appears the political parties are using something similar.

Of course, my scientific knowledge is limited to hot things burn and cold things don’t, so the project never really got off the ground. Being called a “fucking idiot” didn’t boost my confidence either, so I gave it up, and adopted the more traditional parenting method of ignoring them and hoping they’d ignore me.

Anyway, I must have mentioned the gadget to someone somewhere because it appears the political parties are using something similar.

In order to save politicians the messy and sometimes tedious chore of mixing with real people, taking real jobs and spending some time experiencing real life, they created their own machine.

What they do is pop a student – or one of their friends’ kids – into the machine, press a button, and lo, we have the career politician.

The bonus for them, and possibly why it was possible to produce their machine, is that they removed the need for personality, which was the bit I was struggling with. It’s easy. Just make them all stupifyingly bland, no individual thoughts or opinions.

All they did was programme the computer to churn out dark-haired 30-somethings with a ready made suit and tie to spout the party line to a television audience.

As long as they looked the part it didn’t really matter about anything else, as party HQ would give them lines to read.

Tony Blair was the original robot, but developed a personality which saw one or two controversies toward the end of his battery life.

And that system has been in place and working fairly well since the days of Tony Blair. He was the original robot, but developed a personality which saw one or two controversies toward the end of his battery life.

Anyway, as is the way in the modern world, if something gets a result, they will copy it ad infinitum. Hence the line of recent party leaders who all look the same, talk the same and have the same numbing effect on you when you force yourself to try to make any sense of what they’re saying.

And that’s why the Labour party is panicking. The machine must be away for a service, because Jeremy Corbyn, a real person with real experiences, has suddenly become the hot favourite to take over the stricken party, though why he wants anything to do with the sinking ship is another mystery altogether.

With a leadership election likely to see him beat off the challenge of three of the machine’s latest productions, the party is in a real panic indeed. There’s a fear that all that time and effort that went into creating the perfect politician has been wasted.

The nightmare vision of a real person looking out for the needs of real people could be upon them, and since they are not real people themselves, and have no experience of such blatant deviancy, they haven’t got the faintest idea how to deal with it.

Some members have received emails telling them they won’t be allowed to vote, with the explanation that there is a suspicion that they might not support the values of the party. (Yes, I know – what values?)

A reaction which seems a little short sighted, since many people have already withdrawn their support. It is strange that the next move is to alienate those who know something is wrong, and want to do something about it.

Thats the trouble with these artificially created “people”.

The machine must be away for a service, because Jeremy Corbyn, a real person with real experiences, has suddenly become the hot favourite to take over the stricken Labour party.

They know what’s right for us, and will not tolerate any other view. That’s because their programming doesn’t allow it.

The next time you see one of them on the telly, you will notice they never turn their back towards the camera. Thats because there’s a knob , clearly visible in the form of a circular lump under their jackets.

It has three settings: Labour, Conservative and Liberal Democrat.

Sometimes in the morning in gets programmed onto the wrong setting, which is why you can’t always tell the difference between any of them.

And that’s why they want to stop Corbyn. A real person in charge of the party, and possibly at a later date, the country?

Good lord, that will never do.