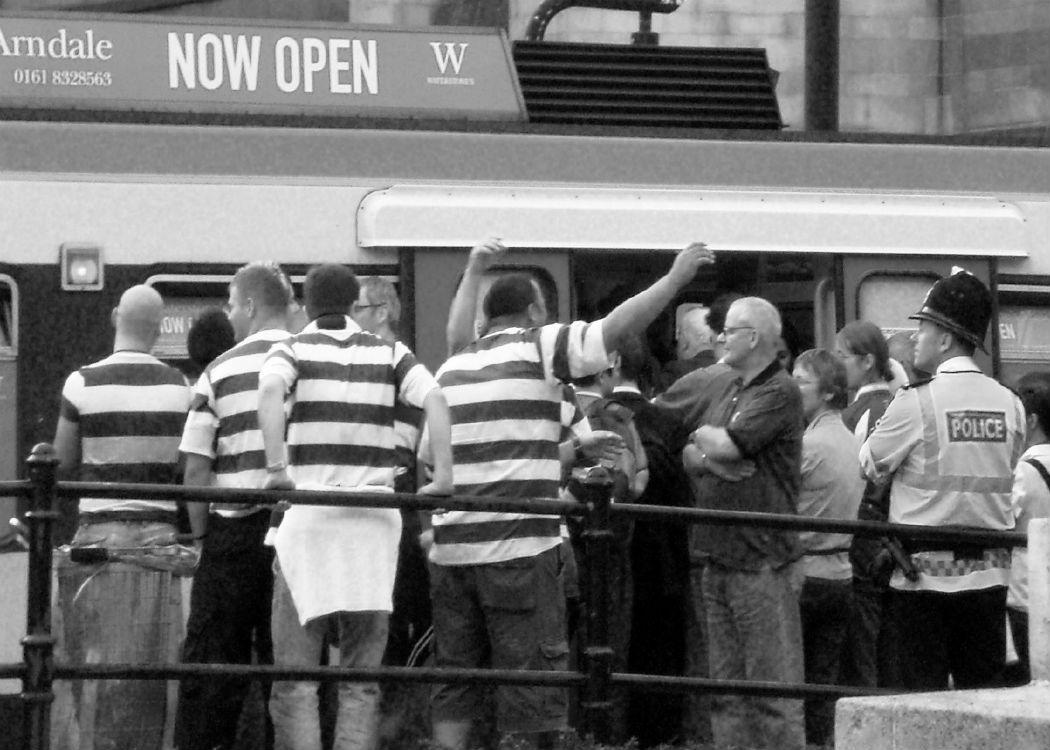 The Stirling University independent assessment into the Offensive Behaviour at Football Act, commissioned by the Scottish Government, has been released, and the Scottish Government appear convinced that the Act remains the right thing to do, despite the controversy surrounding it (click here to read more). Richard McGinley makes the case for axing the act

TWO football supporters have been fined PS2500 for singing a song at a game which was deemed “offensive”. It had a sweary word in it. It seems that, in Scotland, if you happen to be a football fan, you cannot offend anyone. It’s against the law.

Quite whether a rugby fan can sing a song with sweary words in it is unclear, but the law the football fans broke is specific.

This is the law: “The Offensive Behaviour at Football and Threatening Communications (Scotland) Act 2012 was passed by the Scottish Parliament on 14th December 2011 and came into force on 1st March 2012. The Act criminalises behaviour which is threatening, hateful or otherwise offensive at a regulated football match including offensive singing or chanting. It also criminalises the communication of threats of serious violence and threats intended to incite religious hatred, whether sent through the post or posted on the internet. The Act will only criminalise behaviour likely to lead to public disorder which expresses or incites hatred, is threatening or is otherwise offensive to a reasonable person.”

A “reasonable person”? Surely a reasonable person would, while at a football match, expect some form of chanting or singing that is unlikely to endear him to opposition fans. That’s why people go to the game. For the atmosphere and the banter.

“Aren’t laws supposed to be for the good of the people?”

It appears that the lawmakers in Scotland want to put a stop to that. But why?

The police are unhappy with it. It means extra work.

The support are unhappy with it. They face fines and even imprisonment for a ridiculously trivial act.

The clubs are unhappy with it. Apart from the negative impact on crowd numbers, they have to pay for policing, which in turn will be more expensive if the offences increase.

Aren’t laws supposed to be for the good of the people? This is a law to protect people from being offended, and yet being offended is purely subjective.

If it were to be expanded, then cyclists, bus drivers and rap artists would be arrested on the spot. They offend me.

“If you don’t want to hear football supporters shouting at each other, then don’t go to the football”

I’m sure you are offended by certain things. And, as a reasonable person, you avoid them. That’s what a reasonable person would do. If you don’t want to hear football supporters shouting at each other, then don’t go to the football.

Again, to expand the rule, what if someone is flipping through the TV channels and catches a game where one section of the crowd is swearing at the other. Who is liable? The TV company? The supporters?

When Scotland’s government claims it wants full fiscal autonomy, when it wants to have full control of its own affairs, if this bill is an example of what they are capable of, then perhaps it’s better to let someone else do it.

It’s unworkable, it’s impractical, and above all it sounds like whoever came up with it has never stepped foot inside a football stadium. Or, indeed, interacted with the public at any level. Maybe they did, and someone called them names. And when they told a policeman, he probably told them to grow up, which presumably offended them again. Under the bill, the officer now has to arrest himself.

If Scotland’s government wants to be taken seriously, then it needs to repeal this ludicrous law. There are far more serious things to deal with than a couple of football fans shouting at each other.