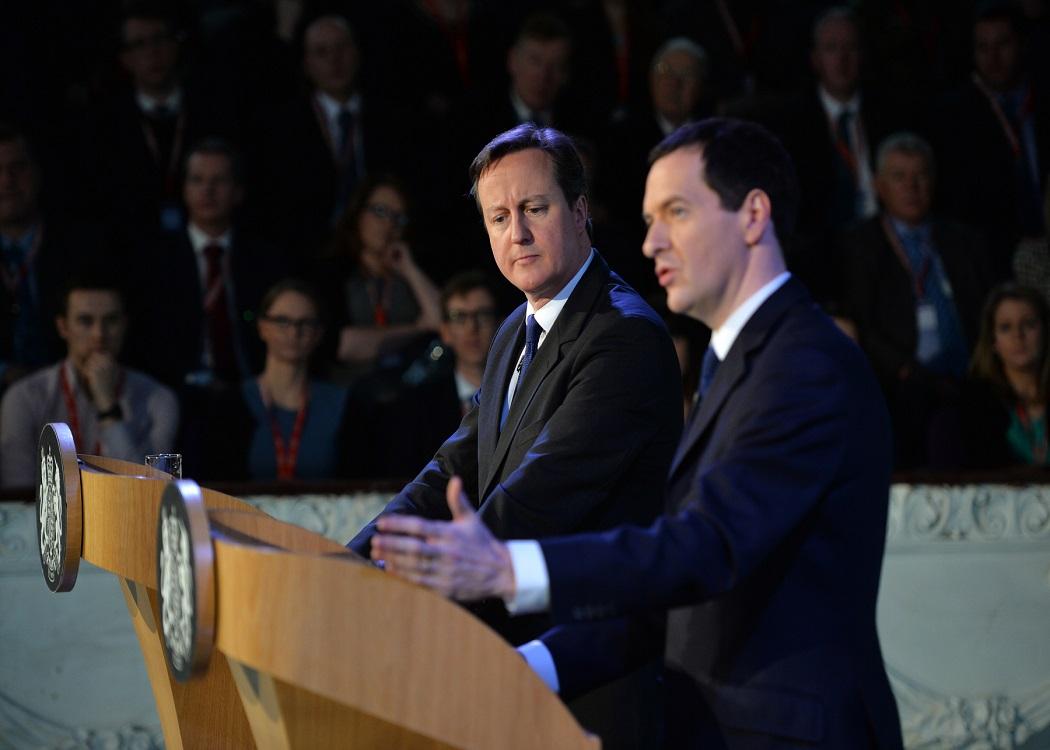 IN the end, Greece voted against austerity.

Gideon’s bible of economics was released this week. He’s sticking to his guns even though the bullets are causing carnage.

Osborne has called it a “new contract” for the country, but like most contracts signed these days in the workplace, it offers no guarantees, no security and is largely weighted in the favour of those who already have the former.

Gideon’s bible of economics was released this week. He’s sticking to his guns even though the bullets are causing carnage.

Some of the moves are distinctly Dickensian. Osborne cannot bring back the workhouse as such, but “earn or learn”, for those aged 18-21, is effectively that. Those young adults, who must be upsetting Gideon in some way, also face a removal of housing benefits.

Rent payments have been capped, but not rents, which continue to spiral out of control.

And if you have a third child, you can’t claim child tax credits for him or her. Presumably they will have to return to the old Victorian custom of cleaning chimneys to earn their keep. Oh, wait, they already closed the coal mines.

Scots knew it was coming. That’s why the governing party and its ineffective opposition were wiped out in May. North of the border had already seen that the Conservatives were not for trusting, and Labour was a party that had lost its identity, its credibility and its passion.

Unfortunately, though, the English fell for the media spin. Though most people will tell you that they don’t believe what’s in the papers, it appears they actually do when it comes to politics.

Again, Scotland is way ahead of the pack here. CommonSpace offers an alternative, but in the south there is no equivalent.

Down south, a right wing press and impotent BBC compete for the affections of Westminster, backing whichever party they feel is more likely to offer them the most, in the same way that we should vote for the party that will do the most for us.

Though most people will tell you that they don’t believe what’s in the papers, it appears they actually do when it comes to politics.

Cameron, Osborne and the hideous, fist-pumping Iain Duncan Smith gave distorted figures, lied about policy and unforgivingly have excused those men who rode into town, not on a horse waving six guns in the air, but in Bentleys fitted with internet phones, for their looting and pillaging of communities and their assets, and then making the poor sods they nicked it from bail them out after they trusted their own to invest it wisely.

By reading and believing the papers, and watching the television, Britain has allowed them to not only get away with it, but to step up the operation, and to do it in full view of witnesses.

It’s too late to stop it. The time for protesting was by walking to the ballot box and making your views known then. Scotland is exempt from this criticism, because she did what was needed to be done. But down here…

We need to concentrate on the bigger picture. We need to stop buying the papers. To stop encouraging their drivel by paying for it.

Next time there’s a programme on about ‘fat immigrants living on benefits pretending to be disabled with thirty three kids – and you’re paying for it’, don’t watch it. Don’t even mention it.

If no-one watches them, no-one will make them.

Next time there’s a programme on about ‘fat immigrants living on benefits pretending to be disabled with thirty three kids – and you’re paying for it’, don’t watch it. Don’t even mention it.

Same with the papers, don’t buy them. Instead of the media influencing what we think, it should be an information device informing our opinions, not manipulating them in one direction or another.

It’s a big ask, but if the papers support the government, and that is in effect what they are doing if they become vehicles for reprinting spin, then they have to be told, in no uncertain terms, that we are not buying it.

The SNP in Westminster must be more vocal. Of course, it cannot alter Tory policies, but it must become the opposition, it must be seen to be the party of common sense, and only then will Labour realise that by returning to its roots it can be a credible force again.

If they work together, then they might, just might offer a realistic chance of halting the sale of all our national assets at way below their value, and of course the most important asset of all is included in that.