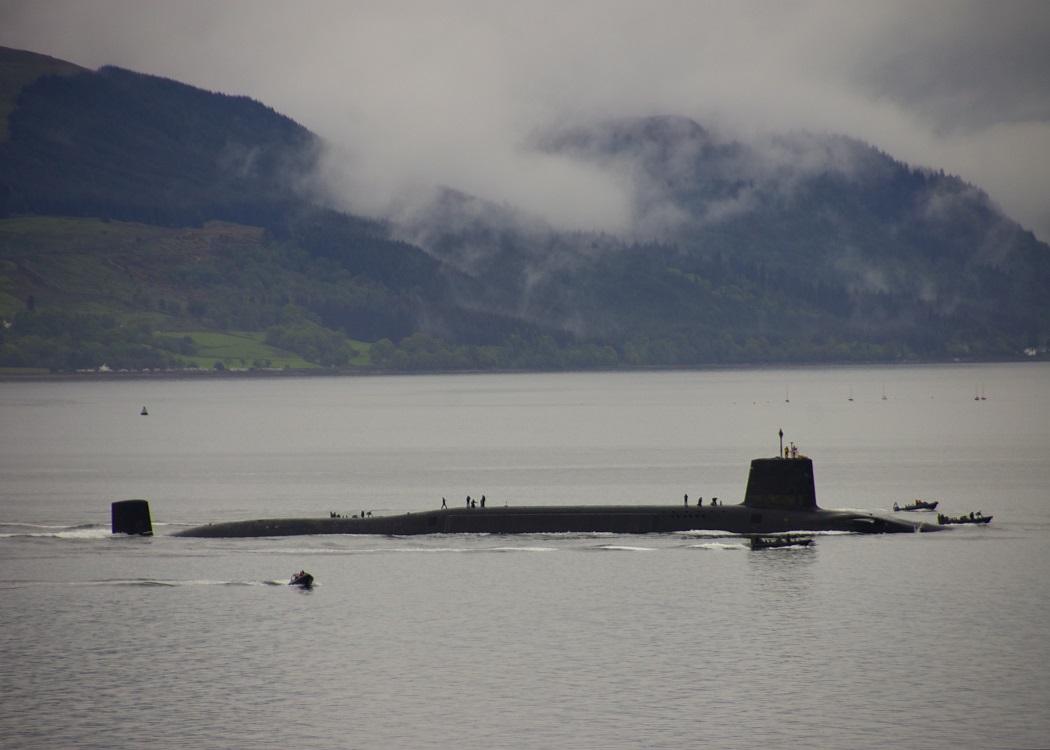 THE current debate surrounding the renewal of the Trident defence system – described as the Rolls Royce of weapons systems in a famous episode of Yes, Prime Minister, the often too realistic sitcom based around number 10 Downing Street – has been cranking up several notches recently.

Although the argument about Britain needing an independent nuclear defence seems to have been largely left to one side – US permission is needed to use the US-built and serviced system – new Labour leader Jeremy Corbyn caused a bit of a stir when he said he wouldn’t press the button to use it.

He was fairly well covered there. Nobody would ask him to, as there isn’t actually a button, and there wouldn’t be anyone left afterwards anyway to criticise his hesitation – or use of them – should those weapons ever be called upon.

Wouldn’t you love to be a nuclear weapons salesman? “These are brilliant. Trust me.”

Wouldn’t you love to be a nuclear weapons salesman?

“These are brilliant. Trust me.”

It’s not like there’s a customer complaints section in the office. By the time everyone has fired off a couple of missiles, there’ll be no-one around to moan that yours didn’t do what it said on the tin.

The argument for renewal is that it has kept the world safe since the end of the Second World War.

If you don’t count the wars in Korea, Vietnam, Yemen, Chile, Indonesia, Yugoslavia, Iraq, Iran, Egypt and the ongoing Israeli aggression, that is. Among others.

If you don’t count the Falklands or Grenada, you could argue that sovereign British territory hasn’t been invaded either.

There is also the argument that the use of two nuclear weapons, dropped on Japan in 1945, brought the war in the Pacific to an early end, saving anything from thousands to millions of US lives, depending on which president you believe.

Some historians would argue that the simultaneous invasion from the north by 1.5 million members of the Red Army, allied to the US at the time, was a much more worrying prospect for an already battered Japanese nation.

As with all devastating bombing campaigns throughout history, from London to Dresden to Hiroshima through to Vietnam and latterly Iraq, nothing is achieved, which makes spending billions on a bomb you would never use – at least we would hope not – seem rather pointless.

If you take a knife to a fight, the odds are you will use it. More importantly, if the other guy thinks you have a knife, he will bring one as well. It’s the same with nuclear weapons – a big jump, I know, but if one side has them, the other side will want them as well.

The argument for renewal is that it has kept the world safe since the end of the Second World War. If you don’t count the wars in Korea, Vietnam, Yemen, Chile, Indonesia, Yugoslavia, Iraq, Iran, Egypt and the ongoing Israeli aggression, that is.

It happened when the US attempted a monopoly of the bomb, only to see the Soviet Union develop its own. It was inevitable, then, because scientists like to mess around with things, to mix them up and see if it goes ‘bang’.

These days, there’s a danger that religous fanatics, doing their work in the name of God, will get hold of them. Oh, hang on, scrap that. The USA already has them.

Middle Eastern countries, having already been bombed back to the middle ages, will be looking for their own nuclear defence, if only to stop the Americans from doing it to them.

On 27 October 1962, the world came closer to nuclear war than it has ever done, before or since. One man stopped it. His name is Vasili Alexandrovich Arkhipov. You should get down on your knees and thank him.

A US fleet knew there were submarines below them, and began to drop depth charges, trying to force the vessels below to surface, so they could identify them. Even though they were in international waters. But then, the Americans like dropping things on people.

The B-59 submarine – second in command Arkhipov was below and had had no contact from Moscow for days, being too deep to pick up broadcasts – felt it was under attack.

The sub was reduced to emergency power and his captain Savitsky and political officer Maslennikov wanted to fire a nuclear torpedo, as they beileved war had broken out.

Arkhipov was, however, the flotilla commnader, even though he was number two on the B-59, and as a result, all three men had to agree to the torpedo launch. Despite a lot of pressure from the other two, who had the wrapper off and the fuse lit, he didn’t give in. It’s why you are alive today.

Thousands of feet under water – with just emergency lighting and the air running out, so it would have been a little warm down there – you’ve just been hit by a depth charge and you still resist the urge to fire a weapon that would undoubtedly have seen massive US retaliation, followed by massive Soviet retaliation.

On 27 October 1962, the world came closer to nuclear war than it has ever done, before or since. One man stopped it. His name is Vasili Alexandrovich Arkhipov.

He’s a better man than most of us.

Robert MacNamara (US defense secretary during the crisis) admitted in 2002 that the world had come very close to war at the time. Referring to this incident, he added that it “was closer than we knew at the time”.

Arkhipov died in 1998. He was proof that no matter what weapon is at your disposal, it’s still a person who has to use it.

I just don’t trust any of those idiots anywhere near the button to be as strong as Arkhipov.