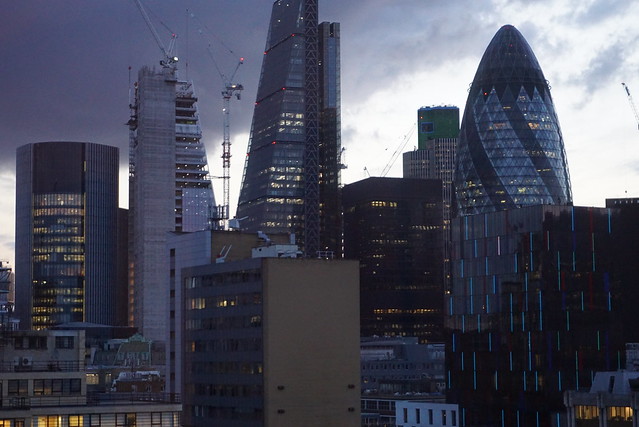 Richard Murphy, Professor of Practice in International Political Economy at the University of London, responds to Derek Mackay’s article in The National on Saturday [6 April] on currency and an independent Scotland

I READ Derek Mackay’s article about Scotland’s future currency in The National on Saturday with interest. What Mackay had to say was predictable given the suggestions made by the Growth Commission. But I also have to suggest it is wrong. More than that, I think it dangerous for an independent Scotland, where only an independent currency from day one will deliver the promise of true independence.

Mackay said: “In believing that an independent Scotland should ultimately have our own currency, just as other countries have – including Denmark within the EU, or Norway inside the single market, preparations should be complete for the first independent Parliament to be able to adopt a new currency, if they determine that the timing is right. But that is the key point – timing that suits the Scottish economy, and the ability to have choices only comes with independence.”

I regret to say that there is a great deal wrong with this logic. That’s firstly at an economic level, where the argument for a single currency is unambiguous. But it’s also at the level of political economy, which is in many ways quite different.

Let me deal with the economic issue first. Here the case is simple. It is whether or not Scotland could best make the decisions it will have to take on issues such as tax, borrowing, spending, investment and maintaining its exchange rate in its own best interests if it was to use sterling as its currency. The answer is unambiguously that it could not.

Worse, it would be forced to borrow in a foreign currency and that would require that it always ran a balance of trade surplus so that it could earn foreign currency to repay its debts. And that in turn would mean that all of Scotland’s economic policy would have to be managed on the basis of producing cheap exports for the benefit of people in other countries – and not the Scots themselves.

There is only one way to solve these crippling economic issues. And that is for Scotland to have its own currency on day one of its independent existence. And don’t be deceived by any counter claims: the euro is a disaster, as all economists know, whilst just four countries in the world use the policy Mackay supports: and Ecuador, Lichtenstein, Panama and Montenegro are not the economic, social and forward looking power houses an independent Scotland will want to be. There’s good reason why no one else does what Mackay is proposing: it’s because it does not work.

But this is not the worst of the problems. These are to be found in political economy. Economics looks at the allocation of resources in the world as if markets resolve this issue. Political economy looks at how resources are allocated and assumes that power is the key issue in determining outcomes. And at this level, for Scotland to use sterling would be a disaster.

At the most basic level this decision would leave control in London. What then is independence for?

And it suggests Scotland is not able to decide for itself. As expressions lacking in self-confidence go, this would be pretty staggering.

It would also say Scotland is not ready to manage its own affairs at the time of independence. When, then, might it be? That would be an argument to tear apart the first Scottish Parliament, the SNP and Scottish politics for a generation: Brexit might look like a minor brawl compared to the divisions that could create, which a new country could not afford.

And it does something else too, which is contrary to all that Scottish independence should be about. It would put bankers in charge of the economy. Surely Scottish independence must be about reclaiming the country’s democracy? And yet this is about ceding control of economic policy to central bankers – who got so much wrong during the neoliberal era. They are incapable of driving Scotland towards the new, sustainable, more equal policies it needs, because their attitudes, policies and economic tools are incompatible with that aim. But worse, they will be English bankers, utterly indifferent to Scotland. Although, if I am honest, it would not be much better if they were Scottish bankers: the elected representatives of the people of Scotland are who independence should put in charge of the country’s future. Bankers should have no control of it. Sterlingisation leaves them in control, though. Specifically, it puts London bankers in charge of Scotland. And it would leave Holyrood utterly beholden to their wishes, unable to do almost anything for the people who elected them.

I would have thought Mackay would be frustrated enough with the absurd constraints he has to live with now. But to use sterling would make his life nigh on impossible. Why then does he want to go down that route? I wish I knew. Economically it makes no sense. The political economy of it is disastrous. It would tear the SNP apart after independence. And it would guarantee a crisis-strewn start for the new nation as it failed to deliver on any promise and all its potential.

If Scotland wants to be free it has to have its own currency. Nothing less will do.