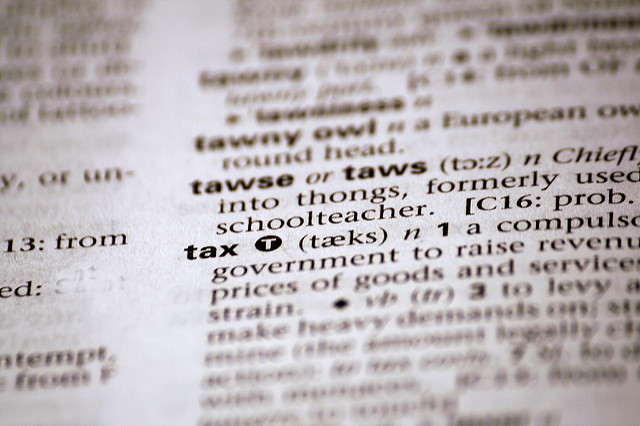 Richard Murphy, professor of practise in International Political Economy at City University of London and tax expert, gives his verdict on tax in the Growth Commission

THE Scottish Growth Commission report is intended to provoke discussion. I am not enamoured by its suggestions on either monetary or fiscal economic policy, but what if the related issue of taxation, on which subject I wrote a White Paper for Common Weal last year.

Our recommended starting point for a Next Generation Economic Model for Scotland is based on learning the lessons from small advanced economies and applying them intelligently to Scotland’s circumstances, needs and opportunities. … Features of that model include … using taxation as a tool for economic development but not competing as a low tax location.

The Commission has then rejected the option of ‘doing an Ireland’ by becoming a tax haven.

However, caution is required. As the policy summary (para 18) says:

As part of the review of taxation recommended in Part B we recommend that the impact of business taxation on growth performance is carefully assessed. We are interested in the potential to tailor the Dutch R&D tax credit scheme, enhance incentives for longer term equity investment and improve capital allowances. While we do not consider that competitive use of profit taxation (corporation tax) is an optimal strategic tool, we do recommend that the headline rate of corporation tax should not rise above the level prevailing in the rest of the UK. As with all taxation the impact of the overall structure on both the tax base and revenue generation should be carefully assessed to ensure the more effective system is deployed.

It’s important to note that the Dutch research and development tax credit has been widely condemned as abusive and a clear sign of aggressive tax competition on its part. Offering high levels of capital allowance on capital expenditure, especially in comparison with a neighbouring country like the UK, which does not at present do so, is also indication of a commitment to aggressive tax polices now consistent with onshore tax havens. And for those who say that this does not matter, I offer a word of caution. What it implies is an attitude that Scotland should not tax companies, capital and wealth too heavily for fear it will relocate. That there is almost no evidence that real wealth does relocate for tax reasons does not matter to those who promote these arguments. What this suggestion implies is that much of the tax due in post-independence Scotland will be paid by those who work for a living. The bias in the existing UK tax system towards the well-off is, then, by implication to be kept in Scotland.

When it comes to detail the report is quite vague. Just four paragraphs are dedicated to the issue. Whilst it is always the case that politicians wish to keep their powder dry on tax issues in this instance, especially when so much detail has been given on monetary and fiscal policy this approach is decidedly lightweight.

Borrowing on the work of the Scottish Government’s Fiscal Commission Working Group we highlight the issues and opportunities for the taxation system in Scotland and recommend further work.

The decisions that are taken by government on the design of taxes and tax rates set should take account of the likely economic impact on the economy, including on behaviour of individuals and on businesses. This should include regard for maximising revenues, since increasing (or reducing) rates does not always lead to increased (or reduced) revenues; taxpayers can often change behaviour as a result of the changes made.

A comprehensive review of the Scottish taxation system beyond income tax is recommended drawing on the best global expertise and experience with a view to recommending reforms to improve simplicity, neutrality and flexibility.

A cross-partisan approach is sought.

I welcome the opportunity for a detailed review. It is clearly needed. I hope the White Paper I have written might be drawn upon in that process. But there are still issues in these limited commitments worthy of note.

In particular, there is a worrying suggestion that the so-called ‘Laffer Curve’ might be relevant in a Scottish context and that there are limits to the tax rates that it might wish to consider. I suggest that this is wrong. The work of economists working with Thomas Piketty has made clear that there is no tax rate that Scotland might reasonably consider where an increase in tax rate would reduce tax yield. In that case this hint is instead a suggestion that taxes on the wealthy will be kept at low rates as neoliberal tax thinking demands: this is trickle down economics at work.

The reference to ‘simple, neutral, and flexible’ tax policies amounts to the same thing. These could be seen as references to Adam Smith, but they’re at least as likely to be reference to the mantra of many right-wing think tanks for whom these are favourite words, often linked to flat tax debate and often used to suggest that taxes should be ‘business friendly’. We are all too familiar with where that has led in the past: Scotland cannot afford to go there.

In summary, the Scottish Growth Commission report might not seem to say much on tax, and leaves the issue open for further debate. But what it does say embraces a great deal of right wing thinking and hints at Scotland partaking in tax competition, taxing business and wealth at low levels, and imposing most demand on the working people of the country. I would suggest that is not what Scotland expects. Further debate is very definitely required.