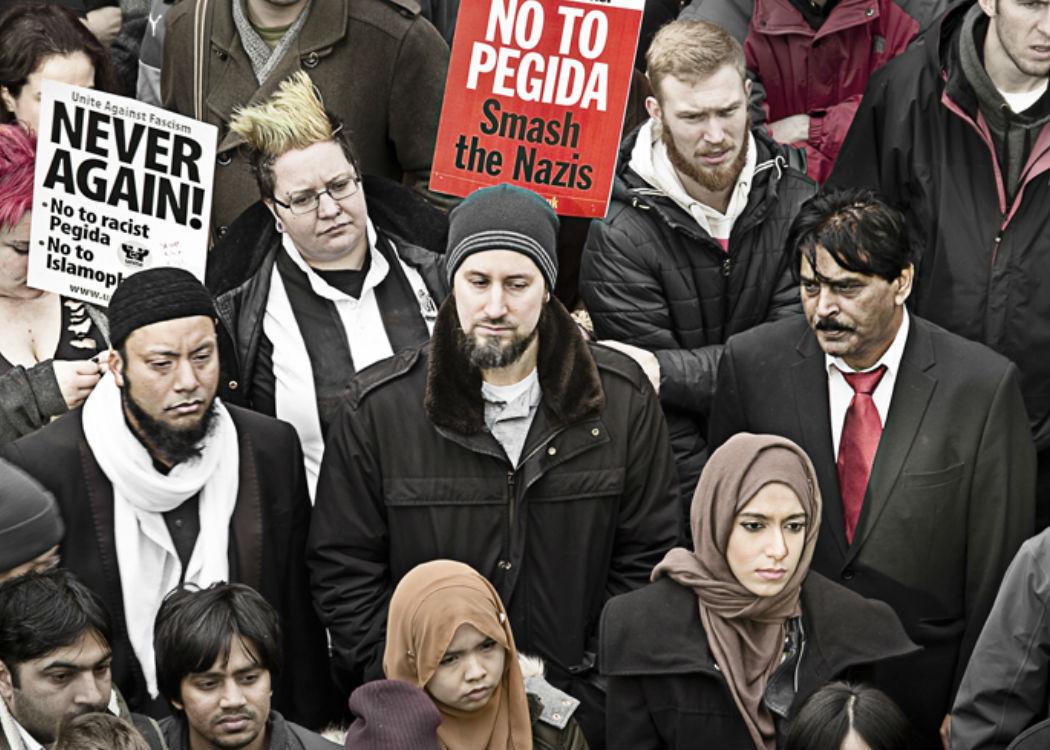 Pegida Scotland wants to “rid these islands of Muslims”

A FAR-RIGHT anti-Islam group is organising its first demonstration in Scotland later this month.

A Scottish branch of the German group Pegida has been launched and is planning an event at Waverley station on 20 March.

The first UK rally of the organisation was held in Newcastle on Saturday but the anti-Islam protesters were substantially outnumbered by a counter-protest, according to reports.

‘Pegida’ is a German acronym which translates as “patriotic Europeans against the Islamisation of the west”. The group has held weekly marches in Germany for the past six months, with one attracting 25,000 following the Charlie Hebdo attacks in Paris.

The Pegida Scotland Facebook page was set up four weeks ago and has 3,435 likes at latest count.

One of the page’s posts, from 16 February, said: “We have now put together a fantastic team, we hope you will be a little patient…Our mission is simple … rid our island of Islam.”

The group’s emergence has been condemned as “alarming” by a prominent Muslim politician in Scotland.

“And the only way to do that, of course, is by ridding it of Muslims — and that, to me, is a form of ethnic and religious cleansing.”

Another far-right group, the Scottish Defence League, is planning a rally in the capital just one week before the Pegida demonstration.

Zareen Taj, of the Muslim Women Association Edinburgh, told the Herald that Pegida’s rise is worrying in light of the rise of the political party Golden Dawn in Greece.

She said: “It is very sad the SDL and Pegida are dividing communities. They claim to be against extreme Muslims but they are against any Muslim activity.

“Right wing people want to grow their members. With Golden Dawn we saw the same thing and now Pegida – they are jumping on the bandwagon.”

A Police Scotland spokeswoman said: “There are numerous demonstrations in Edinburgh each year and events are policed appropriately and proportionately to allow for lawful protest and to minimise the impact on the public.”