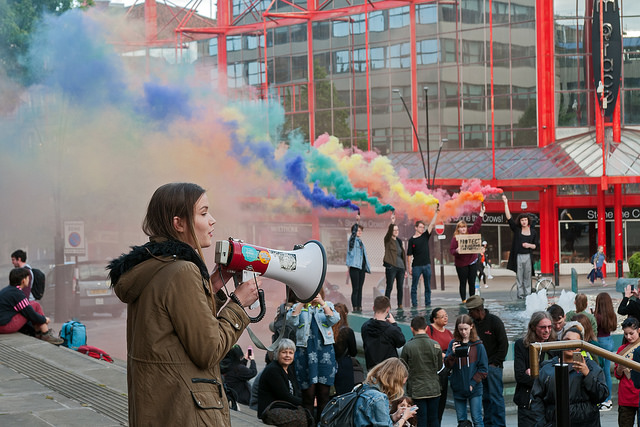 THERE have been few governments in UK history which faced so many problems so soon into their term in government.

The Tory-DUP deal, which was needed to create a slim Commons majority for the right, was finally agreed on Monday (26 June). Prime Minister Theresa May’s reference to a DUP MP as her “right honourable friend”, a term ususally reserved for members of the same party or members of the Privy Council, has signified her reliance on the hard right unionist party.

But the new administration immediatly faced a deluge of problems – political, economic and constitutional.

CommonSpace looks at five crises looming over the Tory-DUP administration in an increasingly fractuous Brexit UK.

Brexit negotiations have began in the wake of May’s humiliation at the hands of the public. The prime minister, who is thought to favour hard Brexit and the end of free movement is steadily losing ground to those inside and outside of her party who want a ‘soft Brexit’.

The failure of the republican party Sinn Fein and new UK Government partners the DUP to arrive at an agreement for a power sharing executive at Stormont creates the possibility of direct rule from the UK. This would mean one side of the community divide ruling Northern Ireland from Westminster, which republicans don’t recognise, without peace process checks and balances.

This potentially destabilising situation has been delayed, along with the deadline for negotations, till Monday (3 July).

A social attitudes survey showed that just four per cent of UK citizens want further cuts. The anger against austerity has continued to galvinised around the Grenfell Tower disaster, where at least 79 have died. Many believe the true figure to be far higher.

Tens of thousands are expected to protest on Saturday 1 July against the Tory-DUP government.

It was revealed this week that British people are saving less now than in over half a century – pointing to the accute problems of falling wages, stagnating investment, crawling growth and Brexit-fueled inflation. Scotland’s economy is teetering on the brink of recession.

But if it goes, the signs are that the UK economy isn’t far behind.

It’s the UK state’s headache that just won’t die. First Minister Nicola Sturgeon’s speech on Wednesday (28 June) removing the time frame from a referendum on Scottish independence but not the event itself dissapointed supporters of the union.

She called for a re-engagement with the broad pro-independence movement and a return to the cause of independence itself, rather than quibbles over the precise timing of a vote.