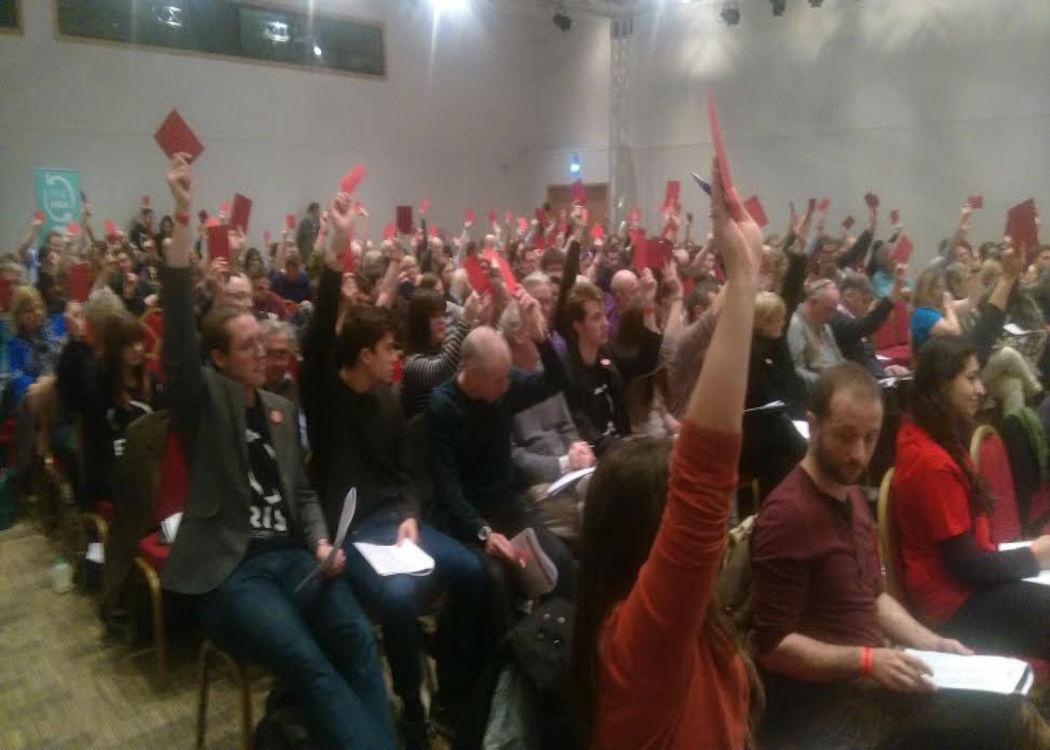 THE RISE DEMOCRACY CONFERENCE in Glasgow has voted to establish a radically democratic organisational model for the Rise left wing alliance, set to run candidates in the 2016 Scottish election.

Around 300 Rise members voted on innovative democratic measures, including a plural leadership structure.

Under the structures, at least five seperate ‘Action Teams’, secretarial, finance, media, international and women are to form the day-to-day leadership of the organisation.

The teams will have recallable co-convenorships and be accountable to the National Conference, which is to be the soverign decision making body of the organisaition. The Action Teams will also be augmented by a monthly National Assembly of delegates from local rise groups called circles, which will be mandated to carry out the conference’s will.

Other proposals supported by the conference include measures to restrict the influence of parliamentarians on the alliance, such as a two term limit on all elected representatives and a public log of anyone they have been lobbied by so that any influence on Rise parliamentarians can be monitored.

The Rise conference also endorsed a policy to have its representatives take the average full-time workers’ wage. The annual wage of an MSP is currently PS59,089. The workers’ wage was a long standing SSP policy.

Rise also voted to support autonomous women’s, youth and BME groups, with the possibility of forming other similar organisations.

Colm Breathnach, lecturer and veteran socialist, explained that the new structures were born of the hard experience of the socialist left in Scotland.

Speaking to the conference on the structures, he said: “In the past, left wing organisations have preached equality, but have been top-down in structure. Rise will not be led by leaders, it will be led by members.”

“In the past we have campaigned for equality between genders, but we have not practised that equality in our own organisations. Our behaviour must pre-figure the society we want to create.”

“These structures are based on both our positive and negative experiences from the past. We can have serious and politically effective organisation which is member led and non-hierarchical.”

Speaking to conference before the policies were voted on, former SSP MSP Frances Curran said: “This is a work in progress, we are just at the start. Any democratic organisation has a living, developing democracy.”

“Here we are all together, this is historic,” she added.

The conference voted overwhelmingly against a motion from the Motherwell and Wishaw Rise circle to stand in constituency seats in 2016. Members speaking against the motion insisted Rise should only stand for proportional representation regional list seats.

The conference was the first opportunity for Rise members to vote on policy and structures for the new organisation, which will contest all eight Scottish regional ‘list’ seats in the 2016 Scottish elections.