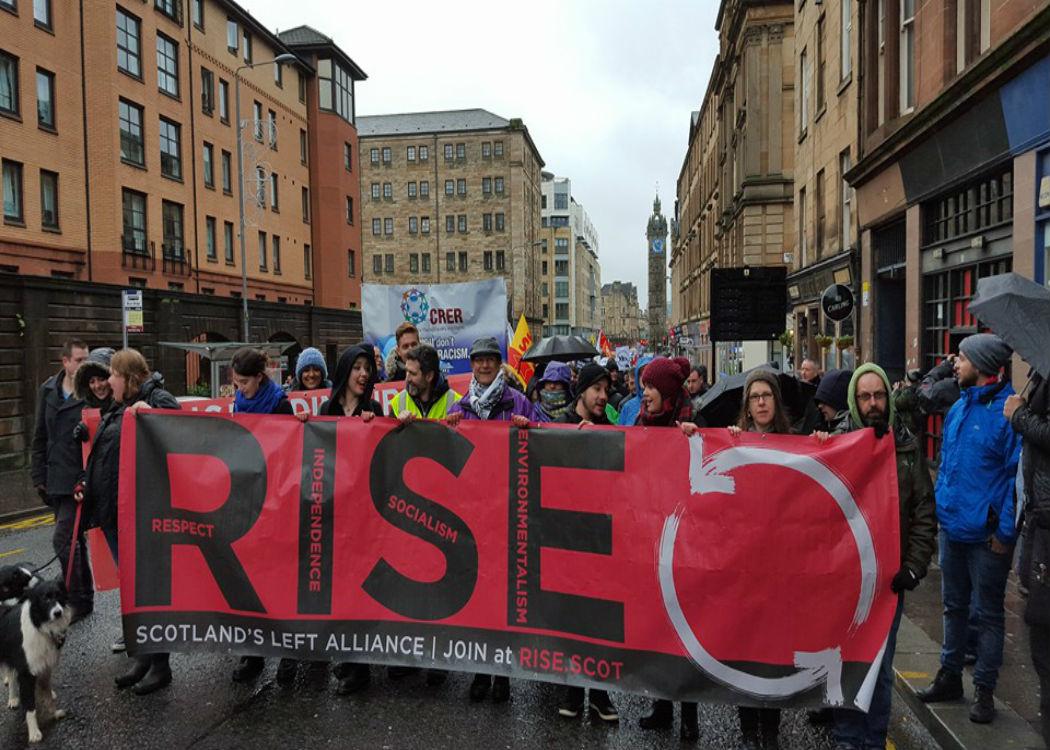 THE SOCIALIST electoral alliance Rise has published its strategy to give the Scottish Parliament the right to decide when it holds a second independence referendum.

Under schedule five of the 1998 Scotland Act, the Westminster Parliament retains legal authority over whether Scotland can hold a referendum on national independence. Rise claim the resolution would give the Scottish Parliament the “political force” to pursue a second referendum without Westminster consent should that prove necessary.

Rise candidate for the Glasgow region, Cat Boyd, said: “The independence referendum changed politics in Scotland for a generation because of the people’s movement that drove the Yes vote from 30 per cent up to 45 per cent.

“Now we are bearing the brunt of Tory austerity as a result of the No vote in 2014. But the national question remains at the top of the agenda in Scottish politics.

“That is why Scotland needs a mandate, in this election, to have a referendum in the next parliament if and when the time is right. We need to keep the pressure on Westminster and re-assert the radical demands of the independence movement to ensure Cameron and Osborne know that austerity will see a defiant challenge from citizens in Scotland where the majority are opposed to the UK government.”

“We are bearing the brunt of Tory austerity as a result of the No vote in 2014. But the national question remains at the top of the agenda in Scottish politics.” Cat Boyd

The announcement comes after SSP co-spokesperson and Rise candidate for Lothian Colin Fox told the Radical Independence Conference 2016 that Westminster had been sufficiently shocked by the advance of Yes support in 2014 that a UK Government may choose to not grant permission for a referendum in the future.

Ex-Tory minister Liam Fox recently claimed that “the courts would step in” to prevent a second, legally binding referendum.

Speaking in a promotional video for the policy, former SNP deputy leader Jim Sillars called on people to support the proposal for the resolution in parliament by signing a petition.

He said: “I’m voting Rise on the List in the Holyrood elections. They are going to table a resolution asserting the right of the parliament to have a mandate to hold an independence referendum when that parliament decides the time is Right.

Rise are asking people to sign a nationwide petition, in order to give their resolution even greater force.”

Since the referendum, alternatives to a Westminster mandated referendum have been floated by figures including former First Minister Alex Salmond, who argued that a majority of pro-independence MSPs in the Scottish Parliament might constitute an acceptable basis for independence.