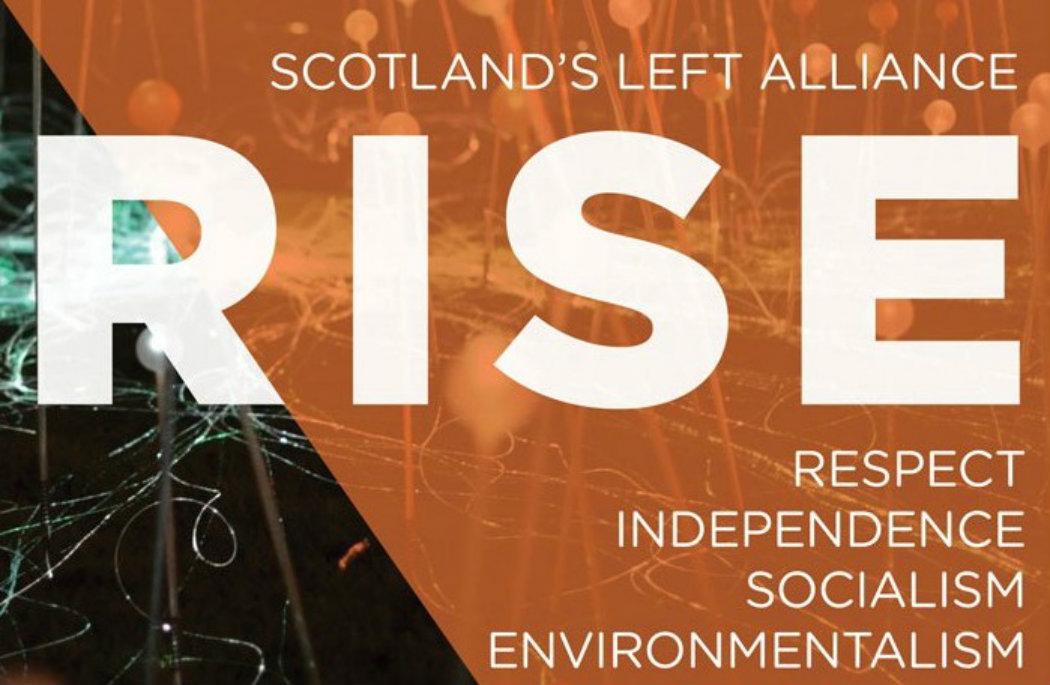 Coalition aims for success on the list vote system next May

SCOTTISH socialists have agreed a name for a joint-electoral coalition in next May’s Scottish election under the banner of ‘Rise’.

An acronym for respect, independence, socialism and environmentalism (Rise), the coalition is the result of eight months of negotiations between the Scottish Socialist Party and the Scottish Left Project.

The group will aim to win seats in the Scottish Parliament regional list system.

However, the Scottish Green party will also run socialist and environmentalist candidates, and polls have so far predicted the Greens will increase its share of MSPs.

In a statement following the announcement of the coalition title, the Scottish Left Project said: “This is a product of the referendum and will develop in the spirit of a grassroots people’s movement. RISE will bring a radical policy platform in to the political debate in 2016. This is being developed democratically through open policy forums of which there have already been over 30 all over Scotland in the run up to the 29th.

“On August 29th hundreds of people will travel from all over Scotland to support the launch and take part in workshops. The range of speakers, including representatives from many influential leftist parties and movements from across the world, makes this a unique political movement in the Scottish context.”

Writing for the Scottish Socialist Party site, Calum Martin said the move “represents both a chance for the broad left in Scotland to display the energy, diversity and potential we hold in advance of 2016, and a chance for the Scottish Socialist Party to proudly and confidently put forward and articulate our clear and principled socialist programme”.

The Scottish Left Project includes some of the main organisers behind the Radical Independence Campaign, which united a wide range of socialists during the Scottish independence referendum campaign.